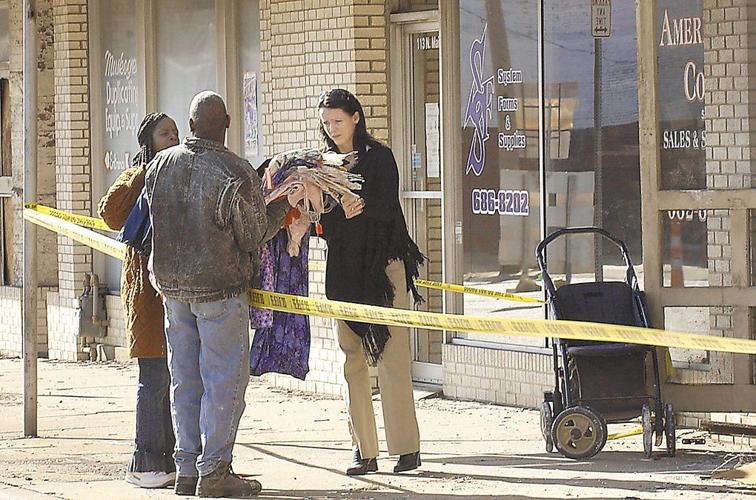 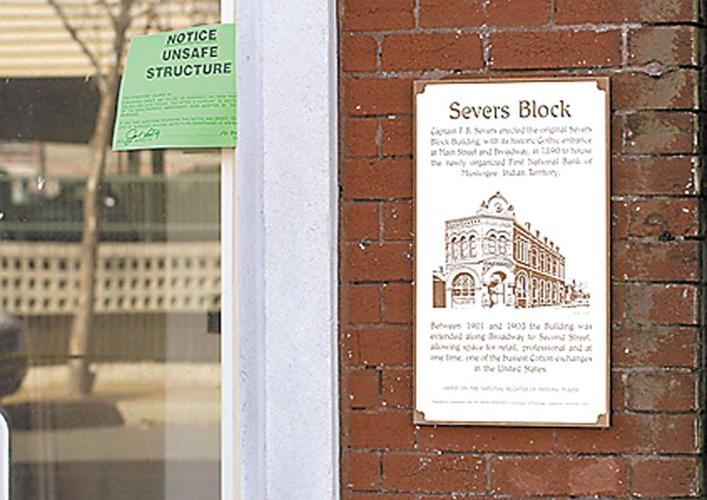 The historic Severs Block Building has been declared structurally unsound after a damaging fire last week. 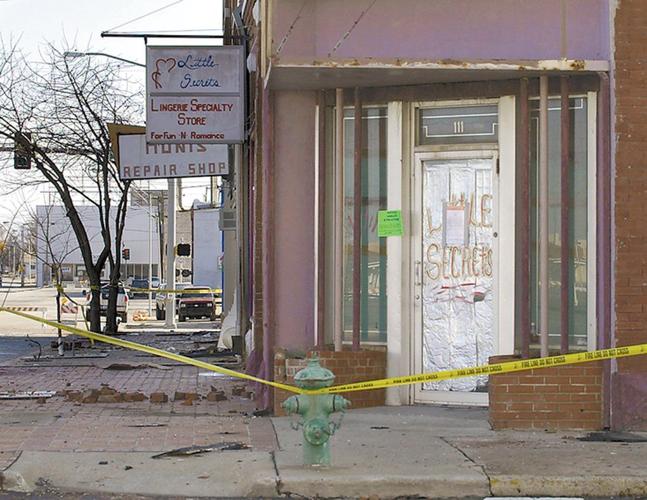 The historic Severs Block Building has been declared structurally unsound after a fire last week.

The historic Severs Block Building has been declared structurally unsound after a damaging fire last week.

The historic Severs Block Building has been declared structurally unsound after a fire last week.

Don’t sound the death knell yet for the historic Severs Block Building. The building was heavily damaged by fire last Friday morning. Owner Judy McKie had given up hope on saving the building Wednesday night after learning that city officials had condemned it. But her hopes of saving it were revived when representatives of the National Trust for Historic Preservation offered to support her attempts to save the building. McKie said she has yet to make her final decision, that there are a lot of things not settled. “They’ve already been very helpful in the fact they contacted me and showed interest,” McKie said Thursday. “They were the first people to step up so far and say ‘we want to help you save this building.’ “That was very helpful.” The Severs Block Building was built in 1890 by Captain Frederick B. Severs to house the First National Bank, the first bank in Indian Territory. It also served as headquarters for the Muskogee Cotton Exchange. McKie and her husband, Nicholas Ondrejka, purchased the Severs Block Building in October 2005 with plans for restoring it to its glory days. They had planned to start those renovations this week. Gary Garvin, city planning director, said McKie has 20 days to start demolition or file a written request to appeal the city’s condemnation order placed on the building Wednesday. Until the building is shored up and made safe for traffic or is knocked down, streets surrounding the building will remain closed, Garvin said. Through traffic to several businesses in the area has been blocked off by street closings, but the businesses remain open, said Mike Stewart, public works director. However, the public may not realize that. Several business owners on Broadway have complained of a severe dropoff in business after the streets were closed. The city expects to turn the street closings over to the Oklahoma Department of Transportation on Friday, Garvin said. Meanwhile, city officials are encouraging McKie to either get the building shored up or demolished as quickly as possible. “She needs to do one or the other so we can get the streets open,” Garvin said. McKie said she hopes to move as quickly as possible on the building decision but that she wants to gather enough information to make the most informed decision possible. “I hope that people can be reminded that it’s a short-term inconvenience to have to take a detour, but if that building goes down, you’ll never see it again,” McKie said. “That will be history’s loss and people forget so easily. Once it’s gone, it’s gone. That’s it.”