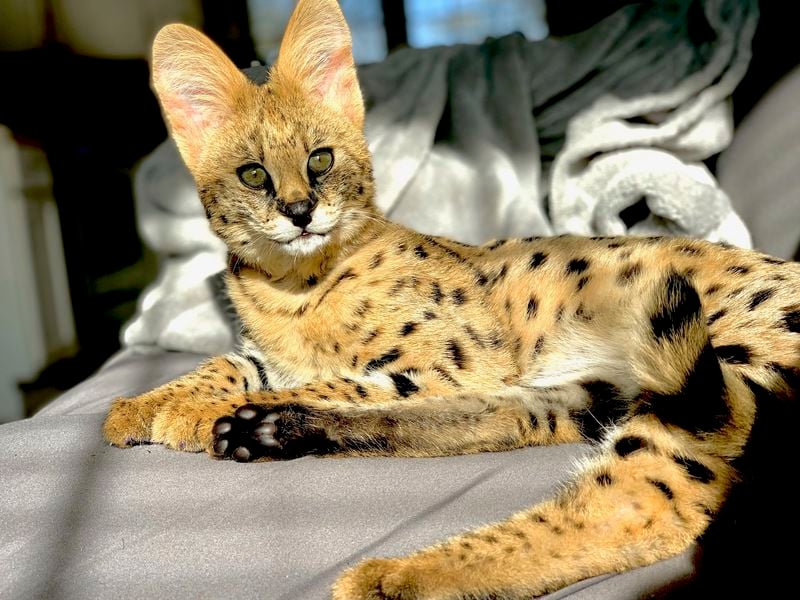 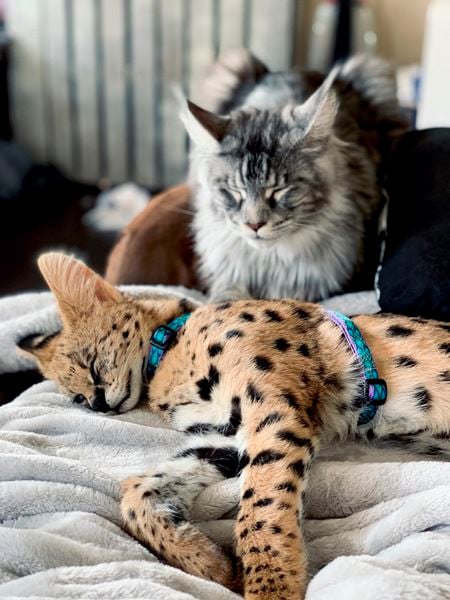 Dayo, a serval cat, escaped her backyard and is missing in Muskogee. At approximately 11 a.m., Dayo broke from her harness and escaped the yard. Her owner believes something scared her, causing her to run away.

“This has happened one other time, but she stayed in the yard,” said Samantha Lawler, Dayo’s owner. “That’s why I think something spooked her, one of the dogs in the other yard or something, because she typically stays around. She’s only gotten out one time and she stayed right there.”

Dayo typically wears a harness at all times. The 8-month-old cat weighs approximately 23 pounds and should be wearing a red collar without a tag, but it may have broken off with the harness.

Dayo is declawed, but her bite can cause harm. Lawler believes Dayo is too timid to approach other people or animals, but will run away or hiss and swat at others who approach her. If she may bite in self-defense if she is scared or provoked.

According to the San Diego Zoo, servals live near thickly planted streams and rivers in the savannas of central and southern Africa. African servals are small, slender cats with long legs, a lean body, a short tail, and a small head. Their extra-long neck and legs give them the nickname “giraffe cat.” Servals have a coat that is tawny with both black lines and spots, while their belly is a soft white.

Lawler wants others to know that Dayo is scared, not friendly to other people and cannot eat cat kibble. Do not approach or try too feed Dayo. Instead, call Lawler or Animal Control.

Lawler drove 12 hours to get Dayo in Tennessee as a 6-week-old. Dayo is like a child to Lawler and wants her to return safely.

Lawler recently purchased six acres of land but is temporarily living in a rent house with Dayo. She plans to bring Dayo to the land with her so she can have more land to roam. Dayo typically stays inside, but goes to the bathroom outside like a dog, according to Lawler.