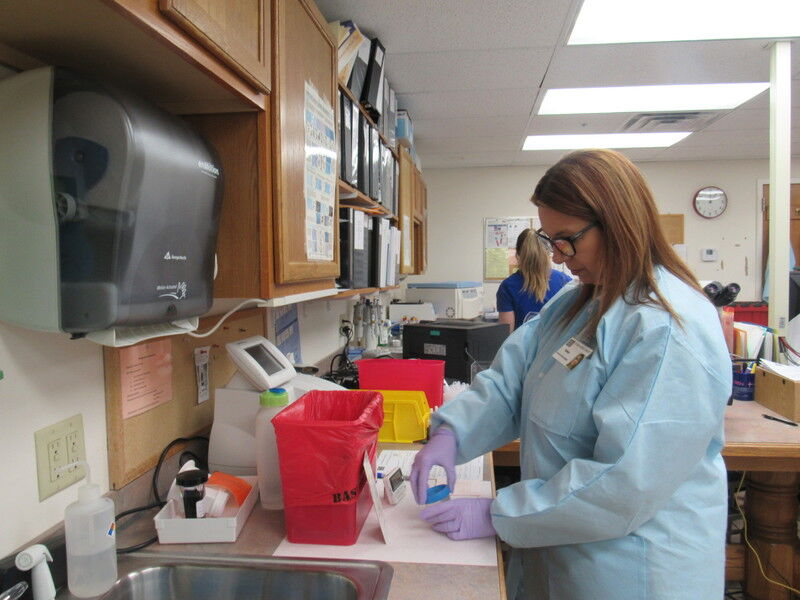 Medical lab technician Robyn Chappel prepares a specimen for testing at the Cardiology Clinic of Muskogee's lab. Chappel has worked at CCOM for more than 16 years. 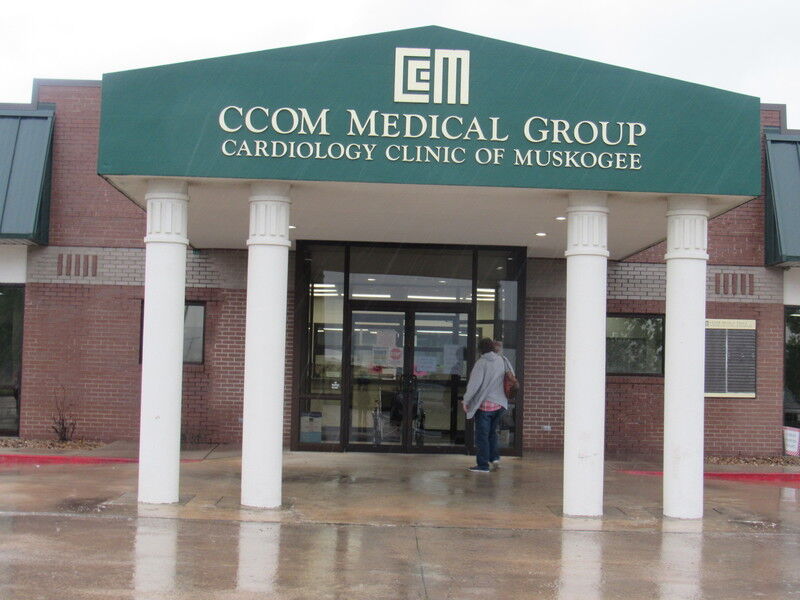 A patient goes through the entrance of the Cardiology Clinic of Muskogee, 350 S. 40th St., on Wednesday. The clinic is to close at the end of May after serving Muskogee for nearly 42 years.

Medical lab technician Robyn Chappel prepares a specimen for testing at the Cardiology Clinic of Muskogee's lab. Chappel has worked at CCOM for more than 16 years.

A patient goes through the entrance of the Cardiology Clinic of Muskogee, 350 S. 40th St., on Wednesday. The clinic is to close at the end of May after serving Muskogee for nearly 42 years.

"He asked the hospital administrator, who was then John Rohde, and he asked him what happens to patients who suffer an MI (heart attack), and John said they die on the road to Tulsa," Ann Ong said. "That gave him incentive. He wanted to stop that."

Cardiologist Dr. Yee Se Ong founded the clinic, also known as CCOM Medical Group in 1979 and and operated it until his death on Dec. 21.

CCOM Medical Group announced on Tuesday that it would close at the end of May.

"I have kept the clinic going for the past five months out of concern for the employees and for the patients, to keep physicians here," she said.

In its announcement, CCOM stated providers will continue to see patients in the office during normal business hours through May 28 and, for hospital-based CCOM staff, through May 31.

"We will make every reasonable effort to provide appropriate medical care until we are able to notify all our patients, refer them to other providers and have their records transferred to their provider of choice," the announcement stated.

Ong said she's keeping all the CCOM staff that she can through May and probably most of June.

"I want to make sure we get all the patient records and all the correspondence, everything we need to get done, I want to make sure that happens," she said. "I already lost some key employees because they had a good job opportunity come up."

CCOM medical group has about 30 people on its staff and six physicians serving the clinic. One of those physicians is retiring.

"I'm really hoping that the other five physicians that are here will find positions in Muskogee," she said. "I'm hoping some of the clinics will want to hire them. Health care in Muskogee is in dire straits anyway."

"They build a very nice place, a very nice little lab, and I'm very proud of it," Chappell said, adding that she plans to stay at home this summer.

Retiring medical lab technician Charlene White said CCOM has been a part of her life for almost 32 years.

"I hate to see it close," White said.

Ong said many past staff members have shared their memories since CCOM announced its closing on Tuesday.

"It's really rewarding to hear them say how they started here on their first job or started here inexperienced, and we took a chance on them, and they're doing really well now," she said. "That's a source of pride. I know Dr. Ong trained a lot of nurses at the hospital and in the office."

She said her husband's death was the key incident prompting the closure.

Ong said her husband had the energy and enthusiasm for recruiting physicians.

"Dr. Ong was the person who recruited most of the physicians to Muskogee before 2005," he said. "There was one point in which we had as many as 25 physicians employed here at CCOM. At that time, we had over 100 employees."

Ann Ong said the medical practice gave her the chance to "provide services to the community and to have a marriage and a partnership like few people have."

"The fact that we worked together gave us common purpose and made our home life easier because I understood what he was going through at work as well," she said.