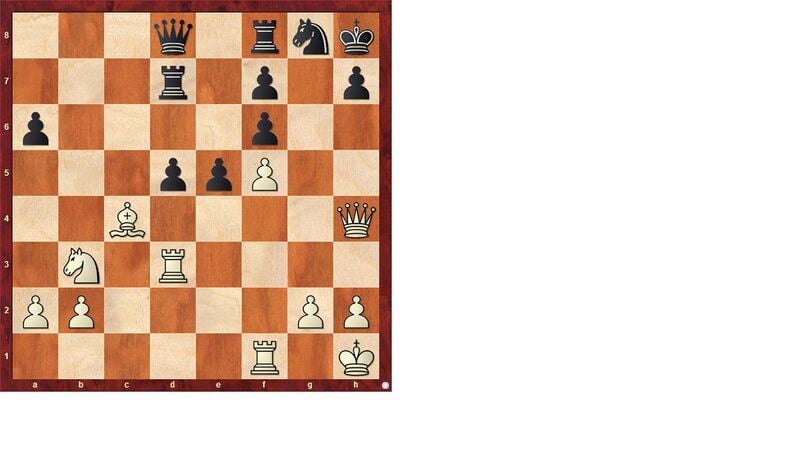 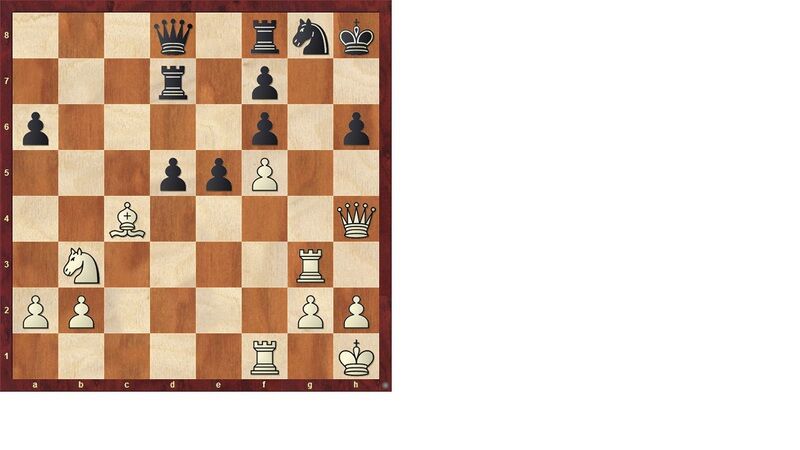 This week’s position is from a blitz game between Carlsen and Nakamura. Nakamura is white; Carlsen, black.

Black’s king is cornered, and it’s king-side shattered. White’s queen bears down on the enemy king from h4. White adds to this pressure by sliding its rook on d3 to h3, threatening mate.

Black has two defenses. First, black can throw its knight in front of the queen by moving it to h6. White’s queen snatches the knight and then mates on h7 with the support of its rook.

Secondly, black blocks the checkmate on h7 by advancing its h7 pawn to h6. White then relocates its rook to g3 (see next diagram).

Because the black king has so few options, irrespective of how black responds to rook to g3, white next moves its queen to g4 and then mates on g7 with the support of the rook.

The lesson this week is dominating the files near an enemy king usually bears fruit.