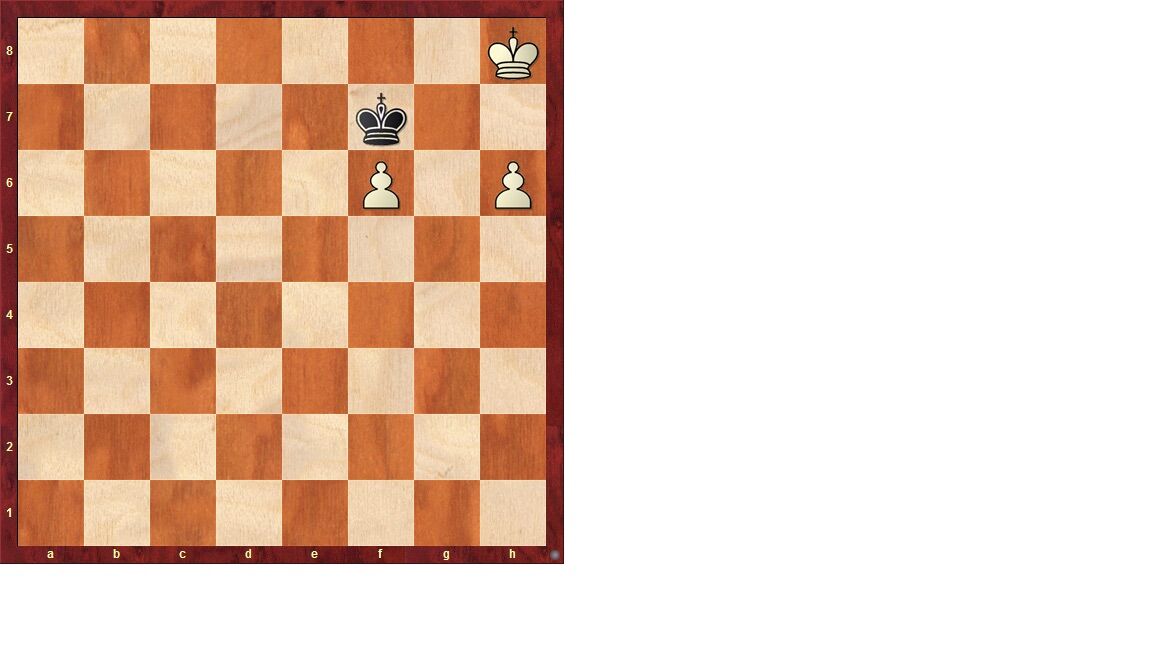 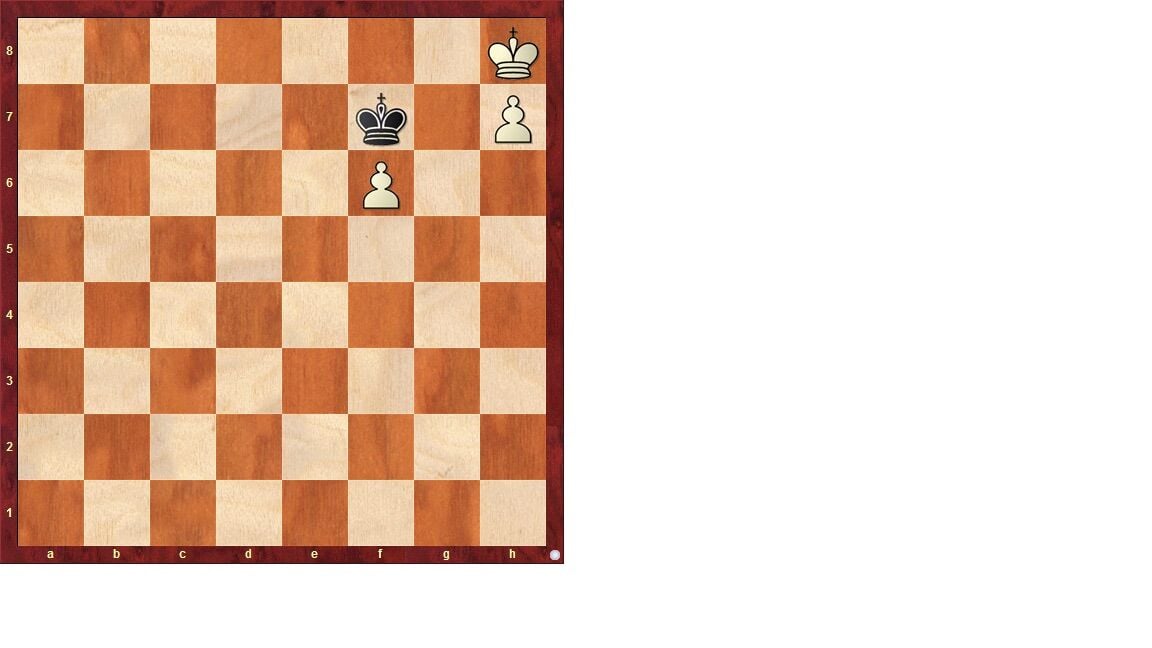 Black to move and draw

In chess, the endgame, as in so many things, is full of tricks. In this week’s position, white is two pawns up and should in theory have an easy win. But black draws, as long as black doesn’t eat the candy. With this hint in mind, please try to find black’s drawing strategy.

White’s two pawns are advancing toward promotion. White’s king is misplaced, however, in the corner a8 square. This gives black hope.

White dangles candy in the form of its f6 pawn in front of the black king. If black’s king bites, white’s king escapes from the corner and moves to g8. From here, the white king can escort its h7 pawn to h8.

But black isn’t tricked. The black king retreats back to f8 and continues to shuffle between f8 and f7. This forces a draw by repetition with both kings shuffling back and forth between the 8th and 7th ranks.

Or, alternatively, if white pushes its h6 pawn to h7, black’s king steps back onto to f7. White is then stalemated (see next diagram).

The lesson this week is don’t be tricked with a treat.