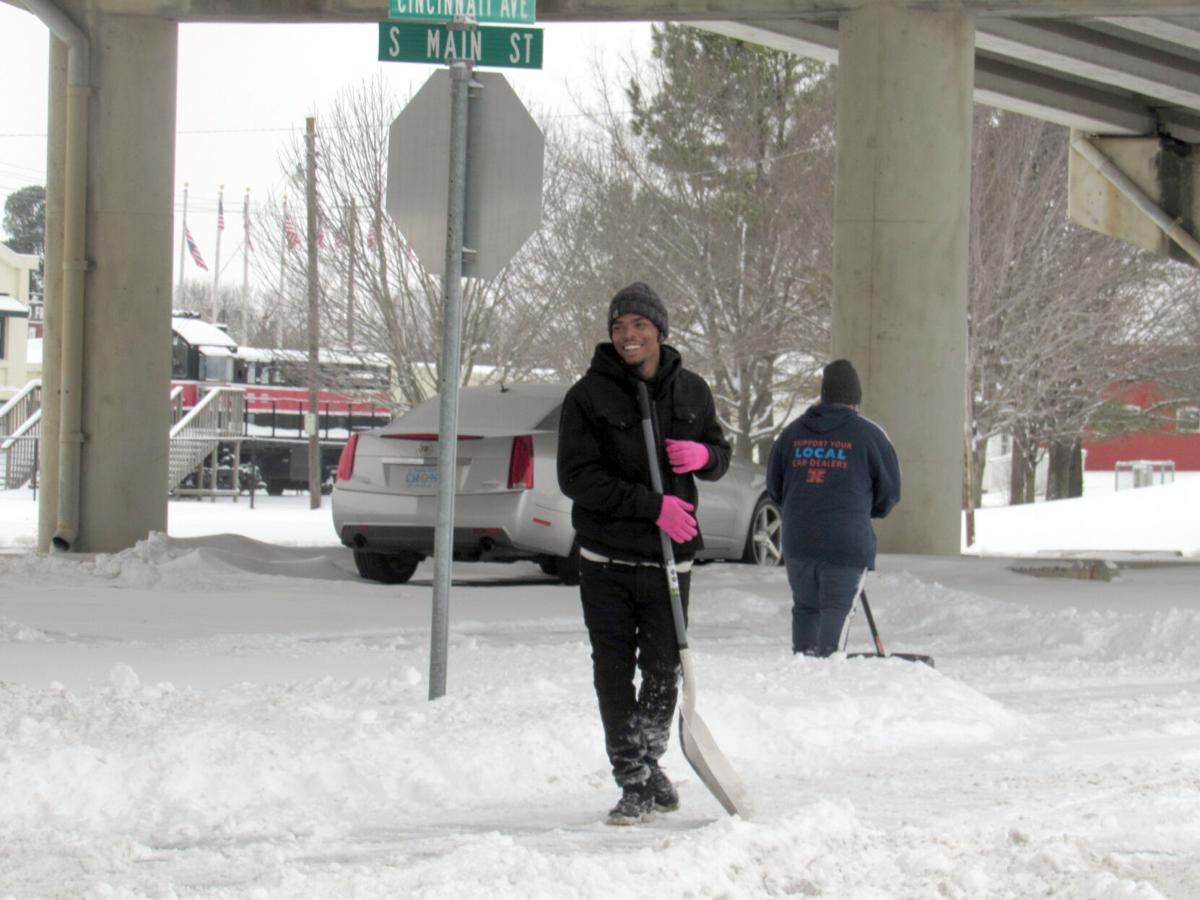 Two Muskogee residents shovel off the snow on the sidewalks at the intersection of South Maint Street and Cincinnati Avenue on Wednesday. 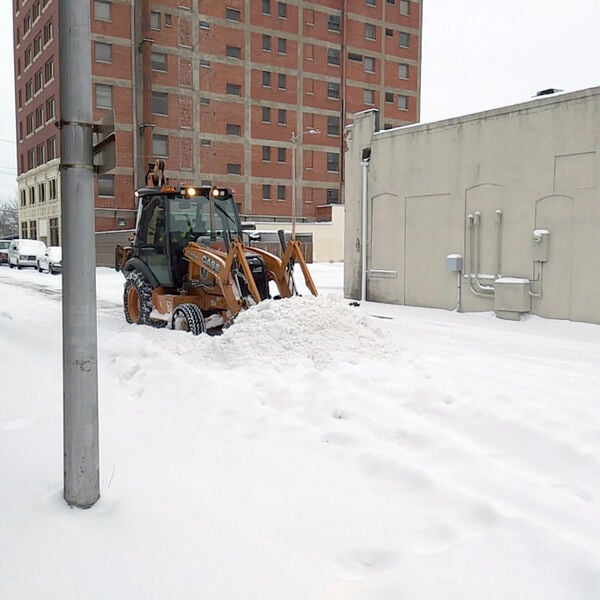 Terry West of the City of Muskogee plows the snow off Lombard Street Wednesday morning. West said he started plowing the streets "around midnight and downtown is pretty clean."

Two Muskogee residents shovel off the snow on the sidewalks at the intersection of South Maint Street and Cincinnati Avenue on Wednesday.

Terry West of the City of Muskogee plows the snow off Lombard Street Wednesday morning. West said he started plowing the streets "around midnight and downtown is pretty clean."

"I got started around midnight," said West, who works for the city, said after plowing Lombard Street. "Downtown's pretty cleaned up. We're doing as many roads as we can."

Workers started with the main arteries in the Muskogee area and then were going to tend to the side streets.

Miller also said that the city was ready for this event with supplies needed.

"We've been adequately prepared with salt and sand and those kind of materials," He said. "In part, because it's been several years since we've had a snow storm of this magnitude. We've been able to stockpile those materials that we need."

"We're handling our roads right now," he said. "We all have primary roads that we start with and then secondary roads. We got started at 7 a.m. That's what time out county commissioner district open is at 7 a.m."

Muskogee County District 1 Commissioner Ken Doke said as far as sand and salt that helps with the road conditions, there have been a few hiccups.

"The sand supply is good, salt is harder to come by," he said. "We have sand from local companies. We have probably 250 tons of salt and sand brought in from Kansas."

Pipes bursting also have been a problem for the city and the county with both receiving calls about breakages.

"The water department has been working on those tirelessly," he said.

Fred Hogle, owner of The Hogle Company, said when the weather begins to run warmer, and frozen pipes begin to thaw, more pipes will break. He said there are signs you need to look for.

"Listen for a hissing sound in the walls if you suspect a break," Hogle said. "If you have a crawl space, you can go in and find where it is."

Our beloved mother, Betty Ann Malan Ashwood, left her earthly home, Monday, March 1, 2021, surrounded by her family. Betty was born in Vinita OK, on August 16, 1938 to Boyd and Naomi Ruth Malan. Services for Betty Ashwood will be held at Lescher-Millsap Funeral Home at 2801 Chandler Road in …

Visitation will be from 3-5 PM, Sunday at Dowdy-Marker Funeral Home. Services will be at 11:00 AM Monday, March 8th at the First Baptist Church in Haskell.