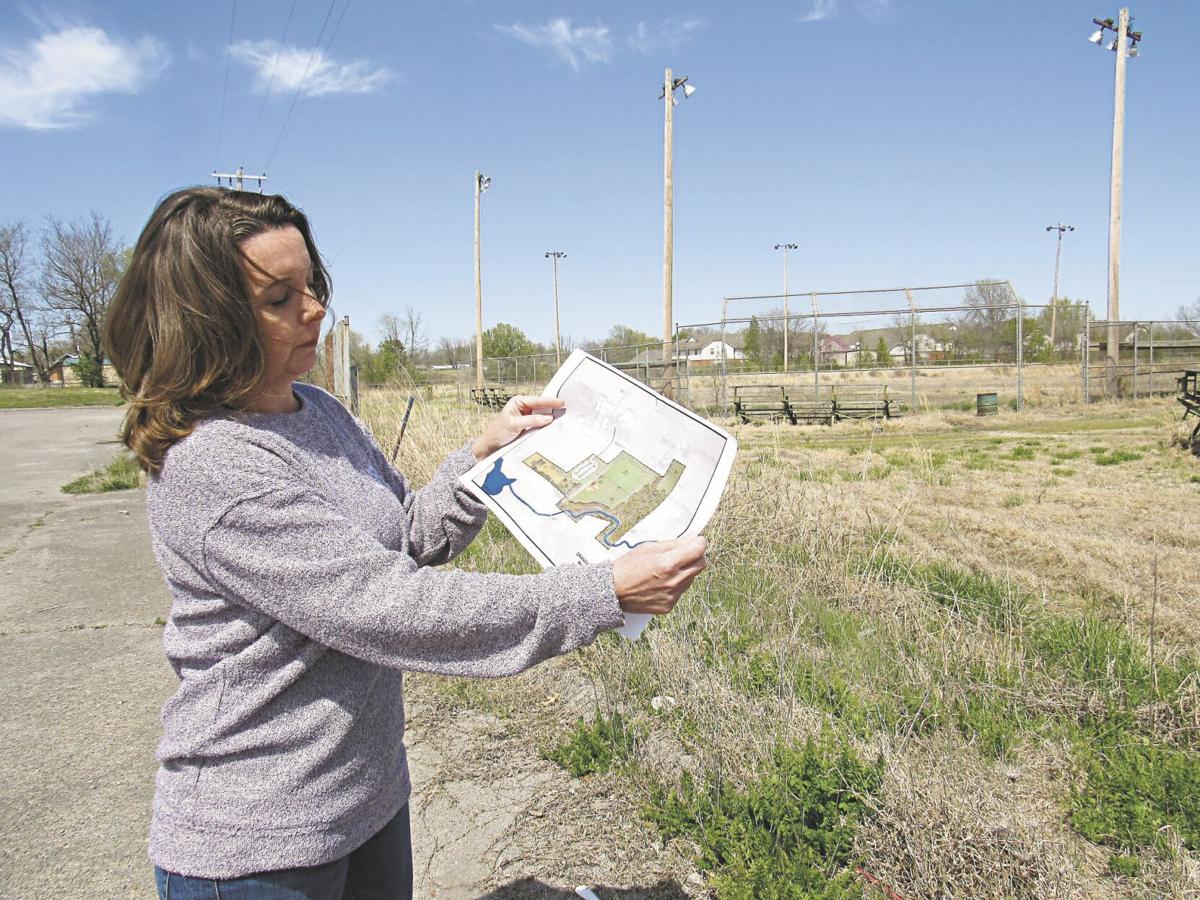 Muskogee Parks and Recreation assistant director (recreation) Brooke Hall shows the concept drawing for the proposed Grandview Park, to be built in south Muskogee where dilapidated softball fields are located. 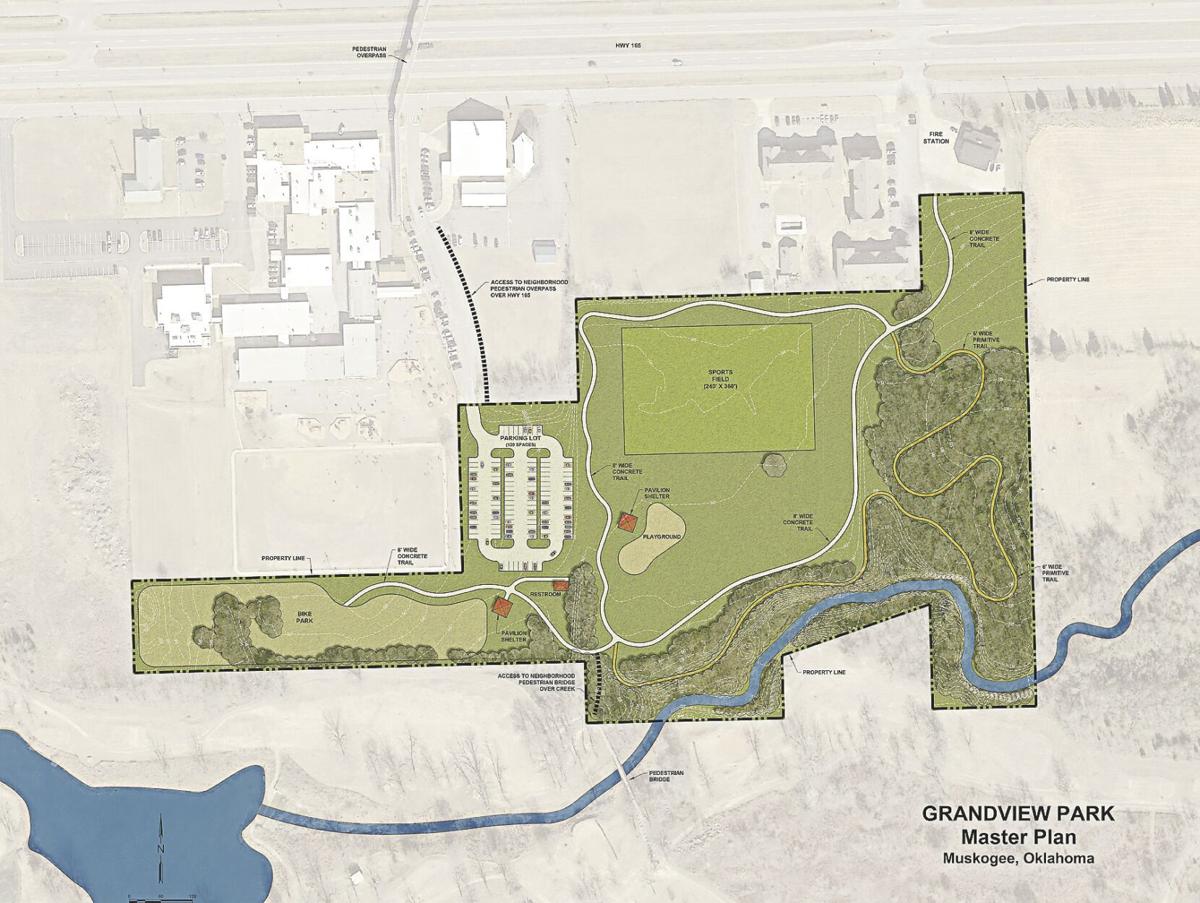 A concept drawing for the proposed Grandview Park shows the park is to take up 29 acres behind Hilldale Elementary School, upper left corner and the Peak Boulevard fire station, upper right corner. It is to feature paved and dirt trails, a bike park and adventure playground.

It also could help link neighborhoods around Hilldale Schools.

"It's very exciting for our kids," said Jaime Stout, a Ward 2 City Councilor. "From the Grandview Housing Addition, the kids could ride their bikes across the overpass and connect to it. With Grandview 7 (to the south), a trail could connect to it as well. It will be nice for our kids not to have to load the bike up."

Muskogee Parks and Recreation Director Mark Wilkerson said the new park, Grandview Park, is a redevelopment of an old park that had fallen into disuse. He said the area used to be used for sports and two dilapidated softball fields remain.

Wilkerson recently told the Muskogee City Council that the Grandview Park redevelopment project has received up to $780,000 in grants and matching funds. the department has secured funding from several sources for the park.

He said it might be a year before the park could open.

The department is putting out a Request For Qualifications to potential park designers, he said.

"We have a concept of what we want to do and the design team will draw it out with specifications," Wilkerson said. "They send their qualifications and we interview a few. Then we create a contract and we'll go to the city council for approval."

He said he hopes a design team could start work within 60 days.

"And they'll need another 60 to 90 days to design it and get it out to bid," he said, adding that construction would take at least six months.

He said the wooded area is "a little suspect at night."

"It has a lot of trash and other things you don't want little kids to be around," he said. "We love the fact that the city's going to clean it up and kind of brighten up the south side."

Brooke Hall, the Muskogee Park and Recreation's assistant director (recreation), said the 29 acres would wrap around the south end of Hilldale Elementary School to the Peak Boulevard fire station.

"The concept is to have a bike park, so it will have features we don't currently have at other parks," she said. "There are pump tracks, a skills course, where you can travel off the concrete path and go to a bike playground, what it's sometimes called, on the far southwest end."

"We're expecting this to be geared more to the younger age group than maybe the adult adventure bicyclist," she said. "What we're excited about, too, is to have that option of paved concrete trail and the primitive trail."

She said the primitive dirt trail will twist through a wooded area between the fire station and Cobblestone Golf Club.

"And we'd like to have an adventure-type playground with rope systems," Hall said. "The school, of course has their traditional playground, but this will be a nice addition."

Wilkerson said it will be the only Muskogee park south of Peak Boulevard. The closest park is Robison Park, two miles north of Peak. He said Grandview Park would be about the same size as Robison.