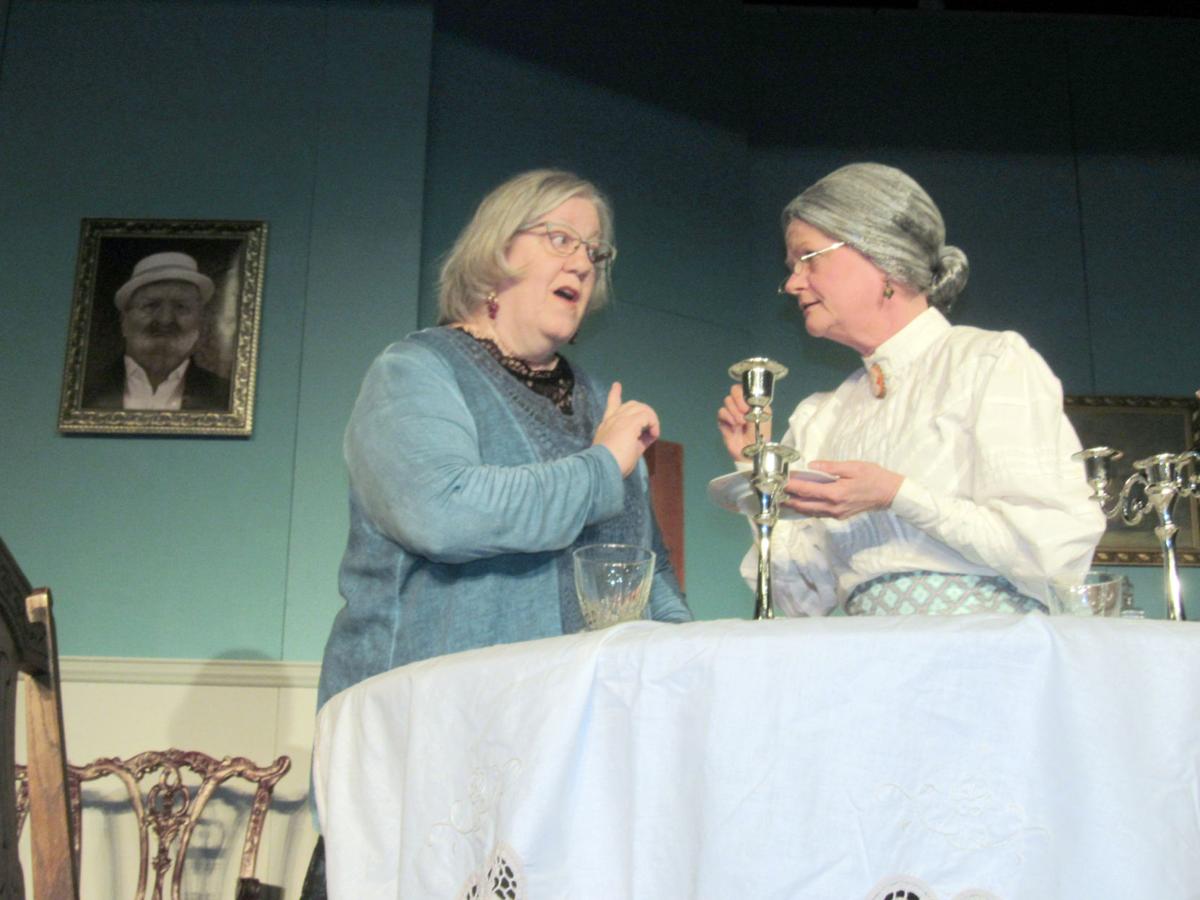 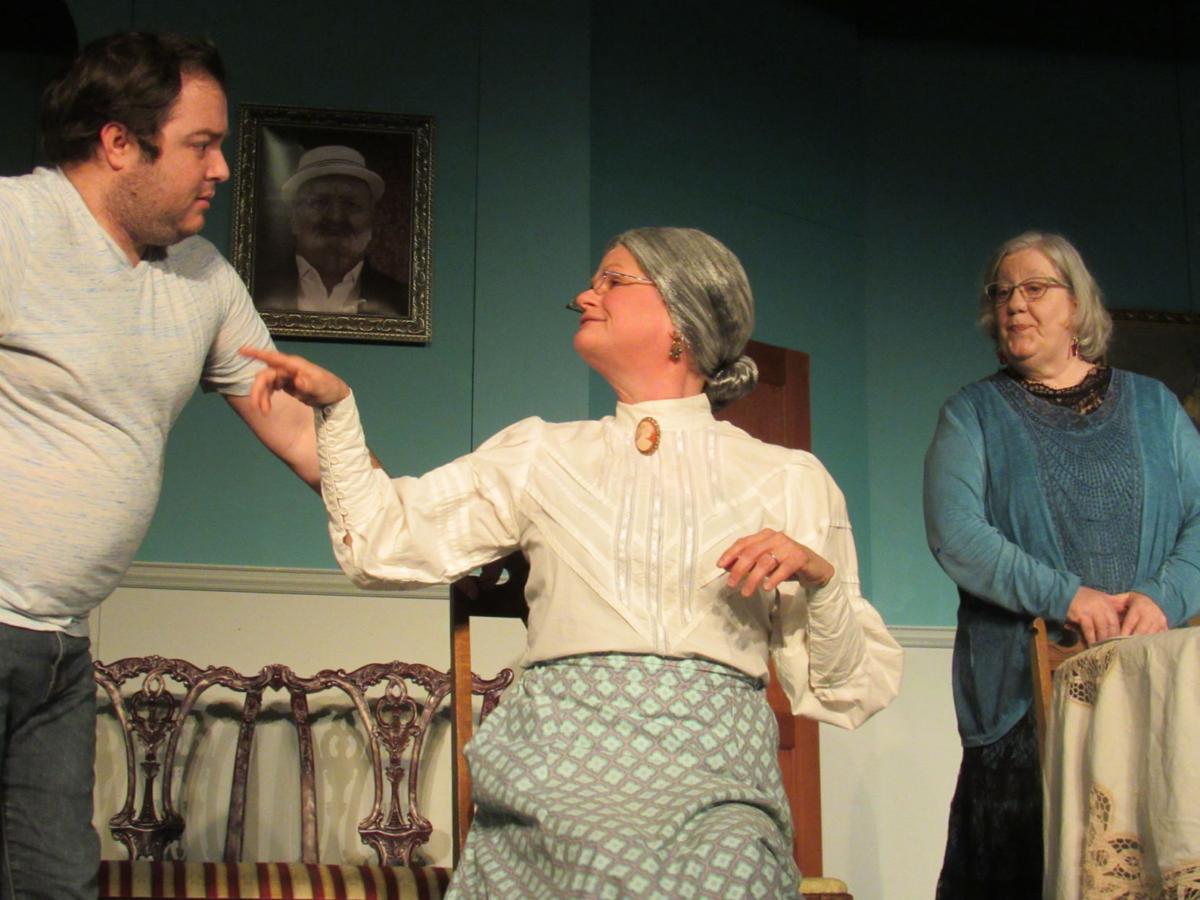 TAHLEQUAH — Bridget Cowlishaw said she might be the only person around who’s never seen the play or movie “Arsenic and Old Lace.”

“But I knew the plot of it,” she said with a sinister laugh. “I thought it was the darkest comedy possible, two sweet little old ladies doing some killing. And I love doing comedy so much.”

Cowlishaw plays one of the sweet little old ladies in the Tahlequah Community Playhouse production of the classic farce.

The play, which debuted on Broadway in 1941, focuses on sisters Abby and Martha Brewster and their elderberry wine worth dying for. Their nephew, Mortimer, must cope with their murderous antics as he woos a minister’s daughter.

Cowlishaw, who plays Martha, said she has done screwball comedy before in the six years she’s performed with TCP.

“But I’ve not done the sweet little old lady who’s a murderer,” she said. “That’s so delightful.”

“But she has the cooking skills that make the whole thing work,” Cowlishaw said. “It’s all about mixing proportions to make it — delicious.”

“She seems to be a little bit more forceful,” Kaney said. “While her younger sister tends to step back from confrontation, Abby will get right into the middle of it if there is an issue she needs to address.”

Kaney said the sisters have an interesting family. There’s nephew Teddy, who believes he is Theodore Roosevelt digging the Panama Canal. Another nephew, Jonathan, has more sinister ideas.

She said, when Jonathan prepares to reinsert himself into the family “Abby is the one to try to take him on and get him out.”

Kaney said people can expect “a fun and frivolous romp with a murder thrown in.”

She said she knew the plot from the 1944 movie, which she used to watch with her mom.

However, TCP found ways to keep the play fresh.

“It’s fun to have gotten to the point in my life and career to play these crazy old characters,” Kaney said. “Part of it is just a different appreciation of the characters. It’s one thing watching one of your mom’s favorite movies and a whole other thing when it’s your turn to try to bring that character to life.”

Cowlishaw said she and her stage sister thought out their relationships carefully.

She said the beloved old play “keeps coming back.”

“As we rehearse, people keep saying to me ‘oh, I played this part in high school,’ or ‘I remember seeing that years ago,’” she said. “It’s one of those things people know the play well and have an affection for it in a dark, dark way.”

TICKETS: $30, dinner and show; $15, show only. Show-only student ticket, $10. Tickets available at A Bloom, Morris-Cragar florists, online at www.tcpok.com. (click on the tickets tab). Show-only tickets many be purchased at the door.