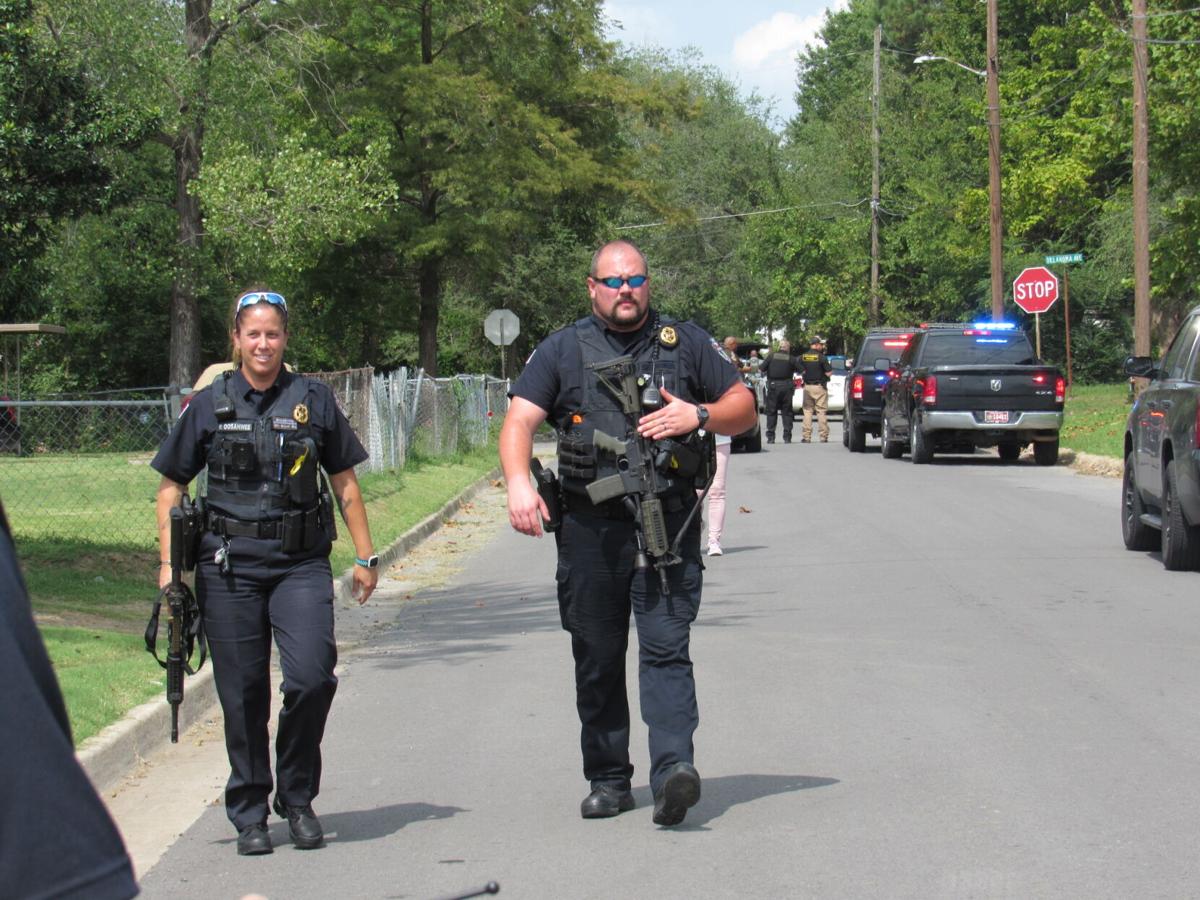 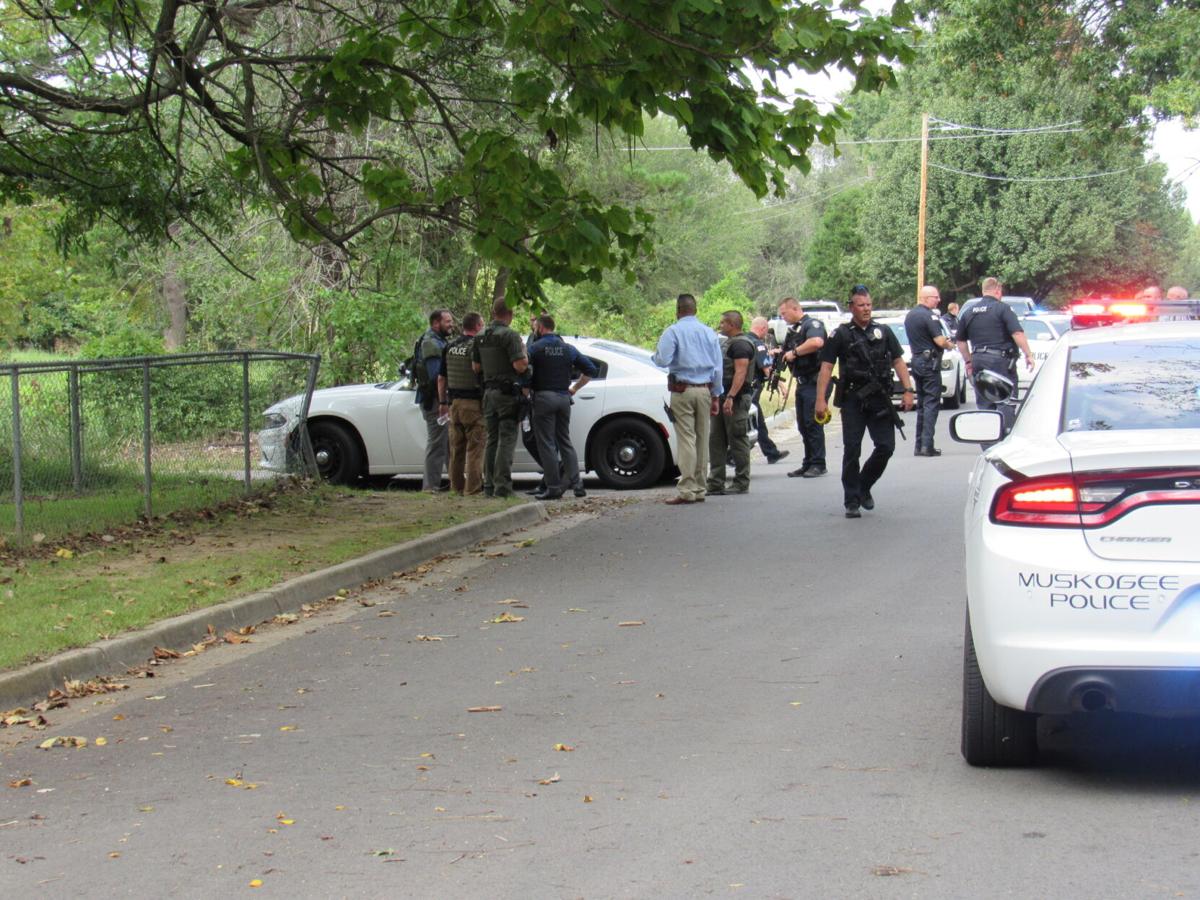 Muskogee Police and other law enforcement personnel stand by during apprehension of a shooting suspect near Court Street and 35th Street. 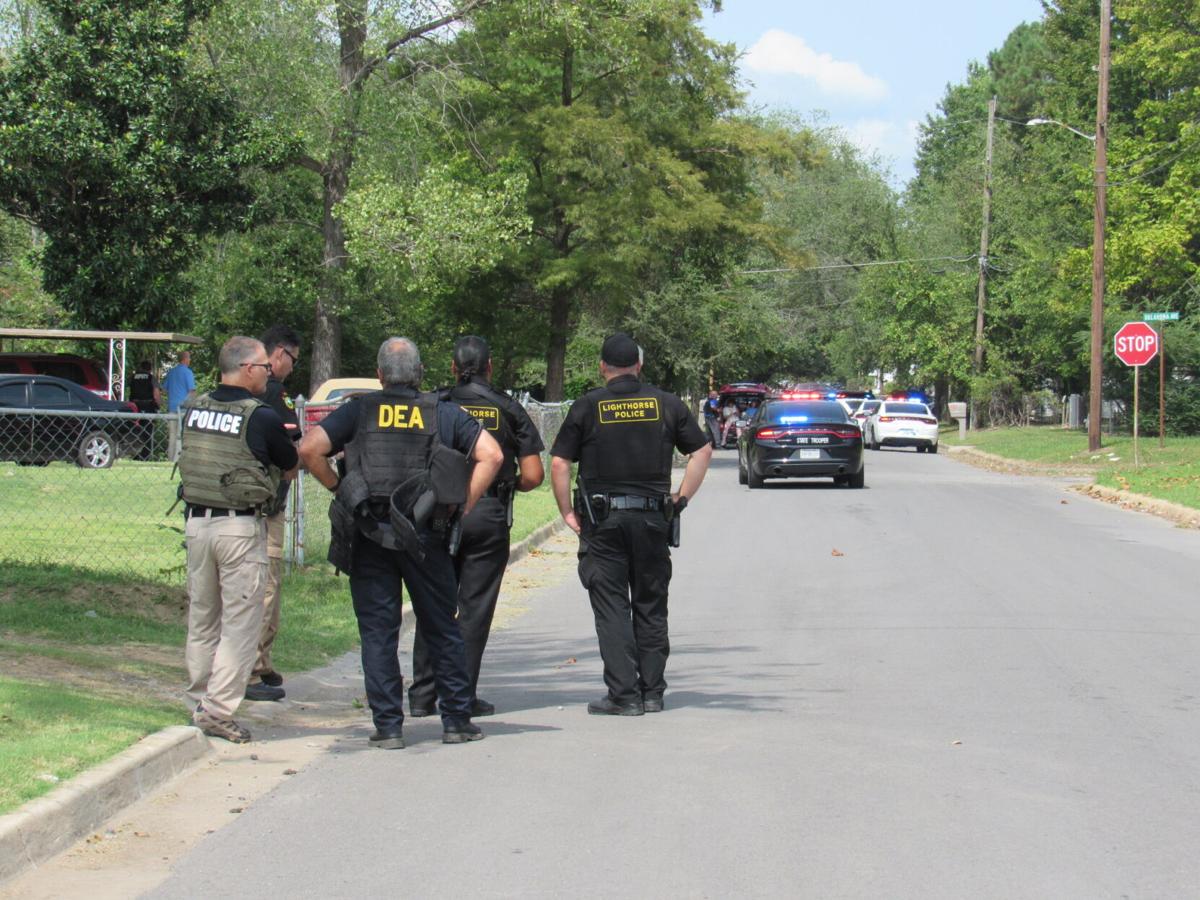 Muskogee Police and other law enforcement personnel stand by during apprehension of a shooting suspect near Court Street and 35th Street.

Muskogee Police have apprehended a male suspect after a brief exchange of gunfire Thursday afternoon.

"They arrived on scene, exited their vehicles and immediately started getting shot at," Hamlin said. "The officers returned fire and took cover behind their patrol unit.

Hamlin said she is not aware of any injuries.

Fort Gibson Police Chief Rob Frazier said he and two officers came after they were called to assist the police.

Hamlin said a Muskogee police negotiator contacted the suspect, whose name was not released, by a cell phone and was able to convince the suspect to come out of the house with his hands up. The suspect was taken into custody without incident, Hamlin said.

The suspect is an enrolled member of a federally recognized Native American Tribe, and the FBI has taken over the investigation, Hamlin said. An FBI spokeswoman said the U.S. Attorney's office would have information about the suspect.

Muskogee Pediatrics, 3505 W. Broadway, closed its offices with patients inside when police were in the area.

"We immediately locked the doors, and by that time police started showing up, we didn't even have to call the police," Coffman said. "A team showed up and they started going down by Brestel's office in formation and blocked off the whole perimeter."

She said they there were patients in exam rooms.

"We moved people away from windows toward a central area," Coffman said. "We dead bolted and locked everything. We notified future patients not to come."

She said they were locked down for 30 to 45 minutes.