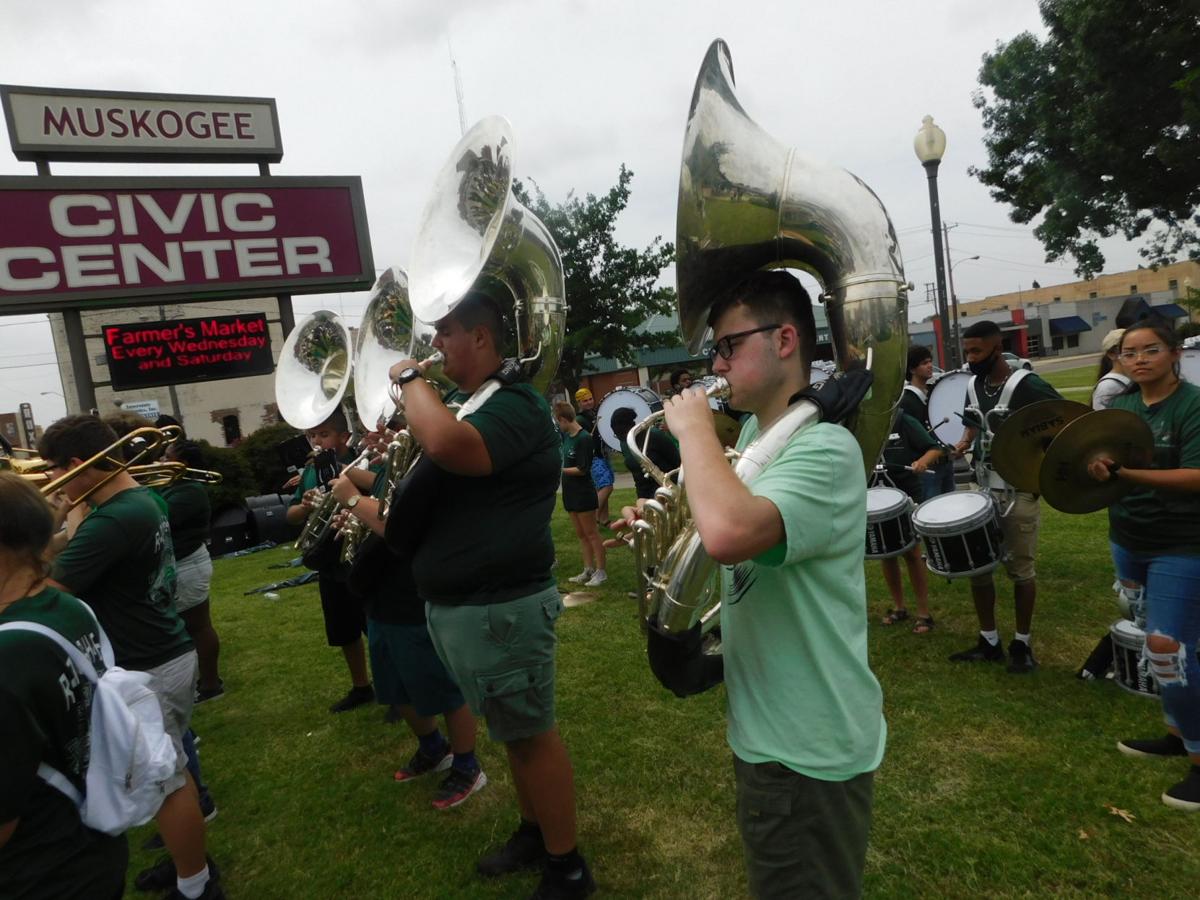 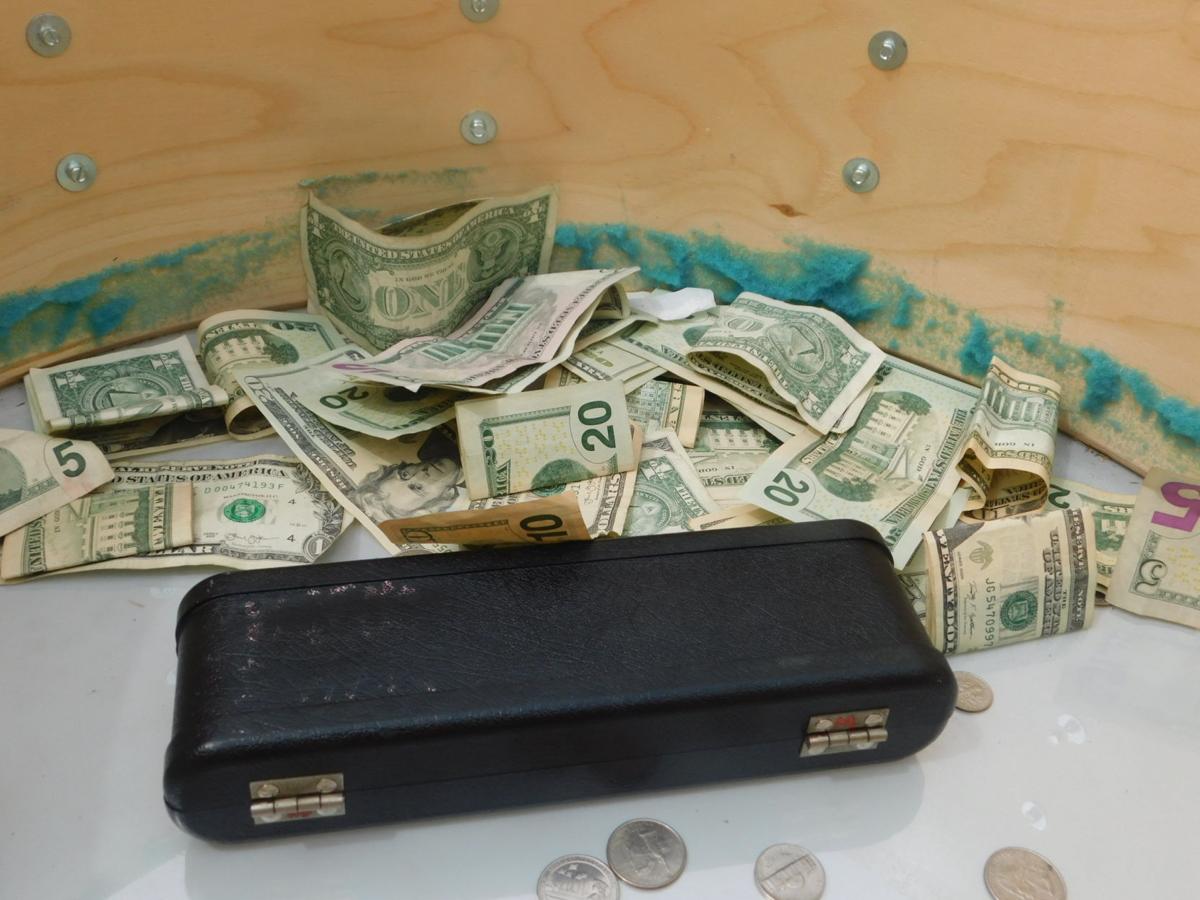 A piccolo case, coins and bills are among the donations made during the Pride of Muskogee's Band Pride Day: Fill the Drum, held Saturday at Muskogee Civic Center. 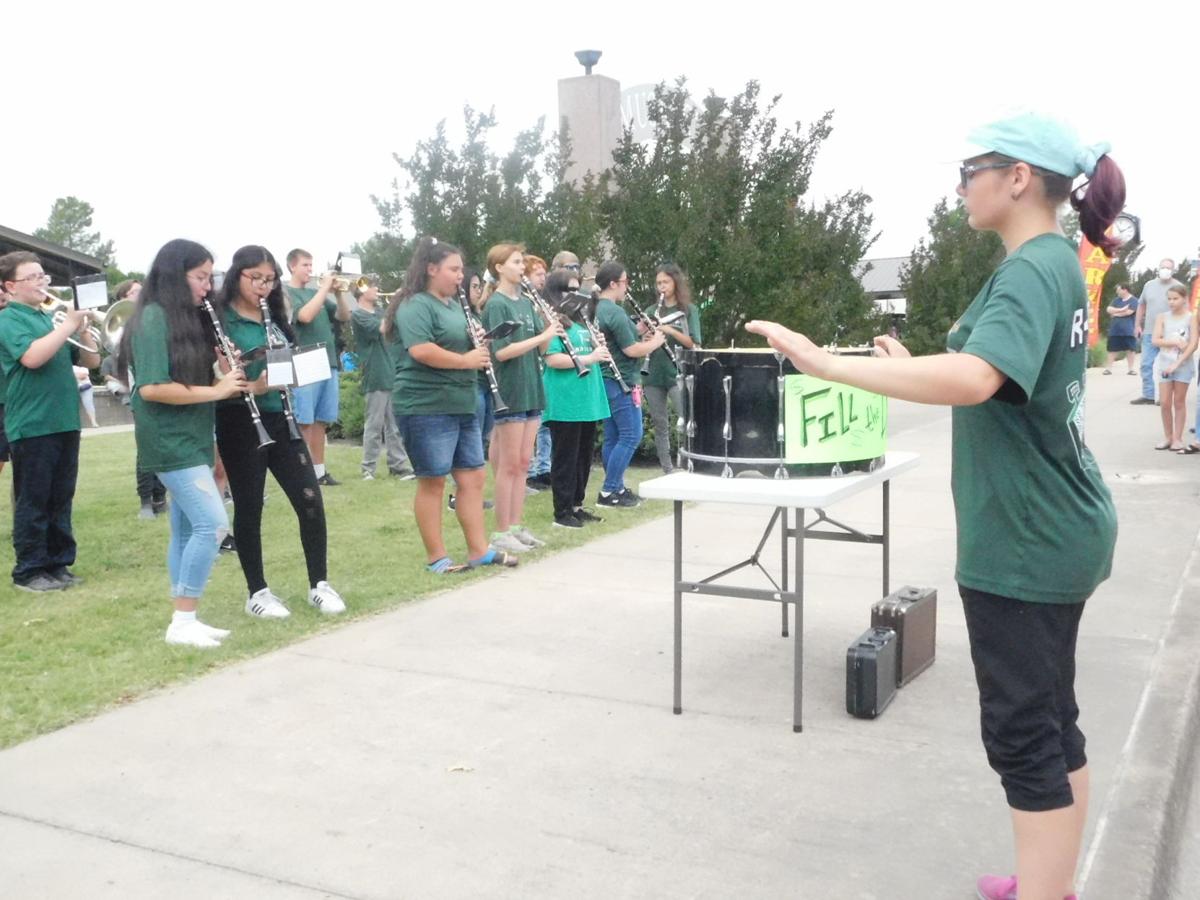 A piccolo case, coins and bills are among the donations made during the Pride of Muskogee's Band Pride Day: Fill the Drum, held Saturday at Muskogee Civic Center.

In return, listeners filled a bass drum with $800, two clarinets and a piccolo.

"We wanted to perform out here to raise money for the program," said Muskogee High Head Marching Band Instructor Jeff McCoy. "Some of our donors can't donate the way they could in the past. Some of it is the COVID-19 scenario."

As the band played Chicago's "25 or 6 to 4" and the Muskogee fight song, Huffer observed "this is only 25 percent of them here."

Band members have practiced four days a week over the past four weeks, McCoy said.

He said members met in small groups with a team of directors to ensure COVID-19 related distancing, he said.

"We had a flute room, a saxophone room, mellophone room, trumpet room, trombone, tuba, baritone, percussion and guards," McCoy said. "We tried to keep them six feet apart in the rooms. And we went outside and did a lot of stuff. That way we wouldn't be next to anybody."

Jara Clark, a guard instructor from Jenks, helped the band's guard with visuals and choreography, he said.

McCoy said the band seeks to compete on a higher level, because Oklahoma has talented marching bands

"So we're trying to shift gears to take what we've had in the past and keep expanding upon that to be more competitive in bigger competitions around the state and around the country," he said.

People can donate money for Pride of Muskogee by mailing donations to P.O. Box 2278, Muskogee OK, 74402.

Those wanting to donate musical instruments can call Jerry Huffer at (918) 360-7228, and someone will pick up the instrument.