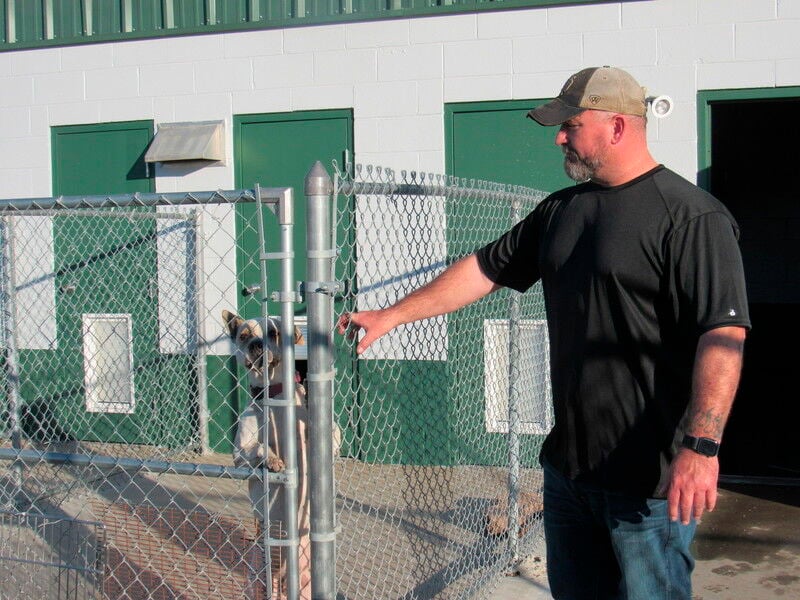 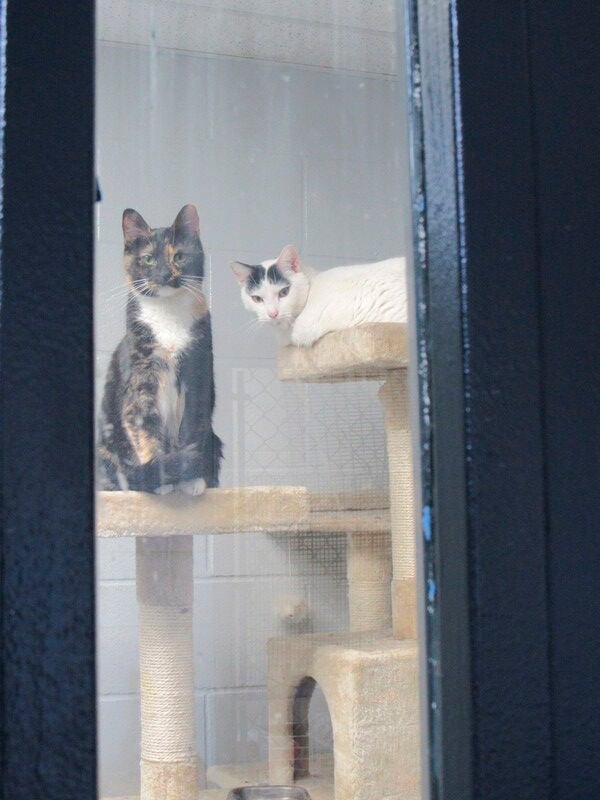 Cats on a cat tree peer through a door window at Fort Gibson's newly repainted and renovated animal shelter.

Cats on a cat tree peer through a door window at Fort Gibson's newly repainted and renovated animal shelter.

The shelter greeted the dog with a new look after repainting and upgrading its exterior and interior, which were damaged in the 2019 floods.

"I thank the Muskogee Animal Shelter for actually helping us," he said. "They housed my animals for me, about six weeks, when we started construction."

Brassfield recalled how hot the shelter got before the new system.

"In the summertime, we got portable coolers. That helped a bunch," Brassfield said. "In the winter, we got radiators. That helped some. Keeping all the doors closed helped with the heat loss."

Contractors put protective epoxy on the floors and painted the walls. Contractors also upgraded doors and did some concrete work.

"The outside doors and handles are new. The exit door is new," he said.

Ten dog runs got new doors that flap open and shut when the dogs go through them.

"They're magnetic," Brassfield said. "They open and close automatically."

Cats now have their own rooms. One room features a cat tree. Another cat is in a holding room.

"I just got him," Brassfield said. "He has an eye infection, so he's in there by himself."

He said the shelter still needs a few touch-ups, but is now operational.