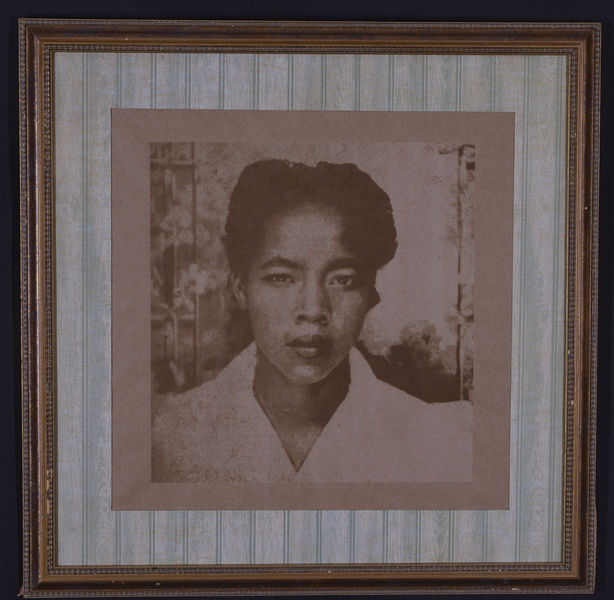 Photographer Ron Tarver, a Fort Gibson High graduate, printed a photograph of an African American woman onto brown paper for his piece "The Test." 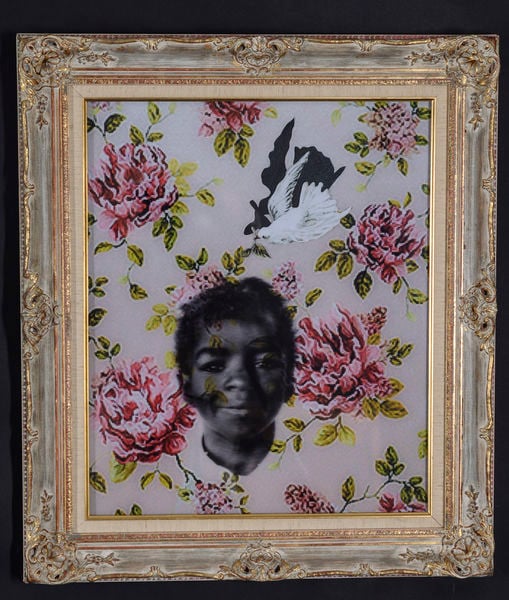 Ron Tarver uses a photograph taken by his father, for an art work called "Flower Girl." It is part of the 94th annual International Competition at The Print Center in Philadelphia.

Photographer Ron Tarver, a Fort Gibson High graduate, printed a photograph of an African American woman onto brown paper for his piece "The Test."

Ron Tarver uses a photograph taken by his father, for an art work called "Flower Girl." It is part of the 94th annual International Competition at The Print Center in Philadelphia.

Images from the 1940s and 1950s speak to contemporary racial issues in a Fort Gibson native's photo display.

Photographer Ron Tarver, a 1975 Fort Gibson High graduate, has an exhibition, "An Overdue Conversation With My Father," through March 21, at The Print Center, a Philadelphia gallery dedicated to photography and print making. The exhibition is part of The Print Center's 94th annual International Competition Solo Exhibitions.

Tarver said he incorporated photographs his father, Richard Tarver, had taken into his own art works.

"I'm looking at the time he lived in back in the '40s and and '50s and thinking about what social conditions were like back then," Tarver said. "I'm bringing those images to the 21st century to highlight how things have changed — or not. I guess as a reminder that things haven't changed a lot as far as racial issues. Things are still floating around out there."

Tarver said segregation was "the law of the land" in those years. He said the exhibit seeks to show how people lived with it. He said he wants the images to work on two levels. One level is his father's photography. The second level is the material Tarver used to print the current image.

"One image features a woman, and she's gazing right at you," he said. "She is on brown paper. I uses a laser printer to burn the image on brown paper."

The work recalls what Tarver said was "the brown bag test."

"As an African American, if you were darker than a brown bag, you were given maybe a lower social status," he said. "That's why I call that image 'The Test.' I wanted to burn that image in because it adds more of an idea of the permanency and maybe the violence that took place."

Each work also features a vintage frame, he said.

"On the one hand, these are vintage images, but they are in contemporary settings," he said. "But I like the idea of a contemporary image living in a vintage frame."

Tarver said the exhibit is more about the general African American experience of that era than specifically about Fort Gibson.

He said the Fort Gibson his father lived in was about half African American and half white, as well as Native American.

"And it seemed like after I interviewed my family, my relatives, a lot of the white residents there, that everyone got along pretty good," Tarver said. "There was good relation between the ethnic groups. But my dad told me he did have an experience with the Klan there."

He said the encounter involved Ku Klux Klan members walking down the street "and he had to get off the street to let them pass by."

Tarver said his father "tinkered" as a photographer. He said his father took portraits, family photos and church photos, as well as graduation pictures of a segregated high school in Fort Gibson. Richard Tarver also had a radio and television repair business and repaired autos.

Ron Tarver said Fort Gibson had far fewer African Americans by the time he graduated from high school in the mid 1970s.

After earning a bachelor's degree in journalism and graphic arts from Northeastern State University, Tarver worked as a photojournalist. He spent 32 years with The Philadelphia Inquirer. He earned a master of fine arts from the University of the Arts in Philadelphia. He is visiting professor of art at Swarthmore College.