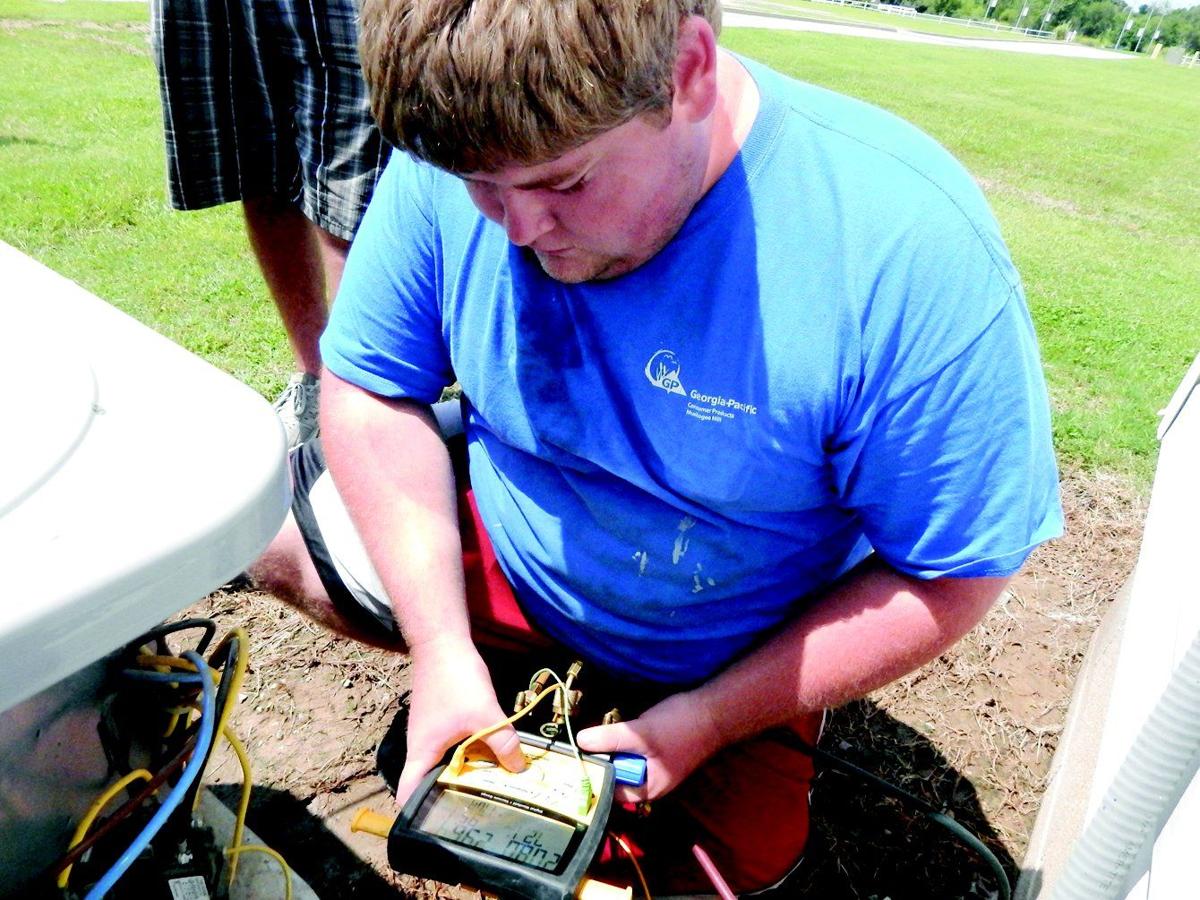 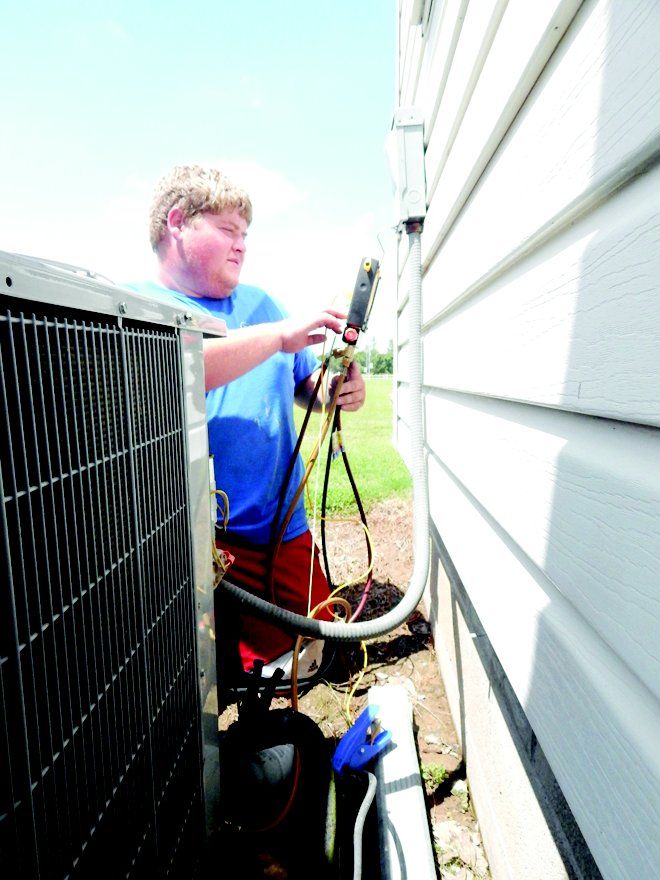 Brandon Irons hooks up a manifold gauge before repairing an air conditioner on the Indian Capital Technology Center’s Muskogee campus. Irons won a gold medal in Heating/Ventilation/Air Conditioning at the SkillsUSA Championships earlier this summer.

Brandon Irons hooks up a manifold gauge before repairing an air conditioner on the Indian Capital Technology Center’s Muskogee campus. Irons won a gold medal in Heating/Ventilation/Air Conditioning at the SkillsUSA Championships earlier this summer.

“I was excited and shocked,” Irons said about his victory. “I was the best in the nation. It was hard to believe.”

Irons said he competed against 28 high school students from across the United States.

“They put a bug in the units to make the units quit working,” he said. “We had to explain to the judges in a professional manner what needed to be fixed and how it needed to be done.”

He said he thinks his “ability to talk to people” helped him win.

“I’m not shy about talking to strangers or people I’ve never met before,” he said.

Irons is no stranger to working on air conditioners or other parts of a building.

“I worked with my dad since I was 10 years old. My dad has his own construction business,” he said. “I would just go with him to be a gofer, help him get tools.”

Donis Irons, who operates Irons Brothers Construction, said his son “has always been there to lend a hand when I needed help.”

Brandon Irons began taking Indian Capital’s HVAC classes as a FGHS junior two years ago. He continues to learn at ICTC through a work/study program.

“The class helps you earn your journeyman license,” Irons said. “The license makes it legal for you to work in air conditioning.”

He said he expects to earn his license in a year.

Irons said he plans to gain experience to start a business after that.

Irons said he realizes the big investment involved with starting a business.

“I would need $10,000 in tools alone,” he said. “But three-fourths of them already came from tools I won at Nationals. I won lots and lots of tools — vacuum pumps, four sets of gauges, an assortment of hand tools.”

He said he also needs to learn the business side of operating a business.

“I’ve always known I wanted to be in the construction field, but it wasn’t until I was in class two years that I wanted to do heating and air conditioning. The first classes were so hard.”

But, Irons is determined to make it. He said air conditioning operators can earn “all the way from $20,000 to $1 million, depending on what you know.”