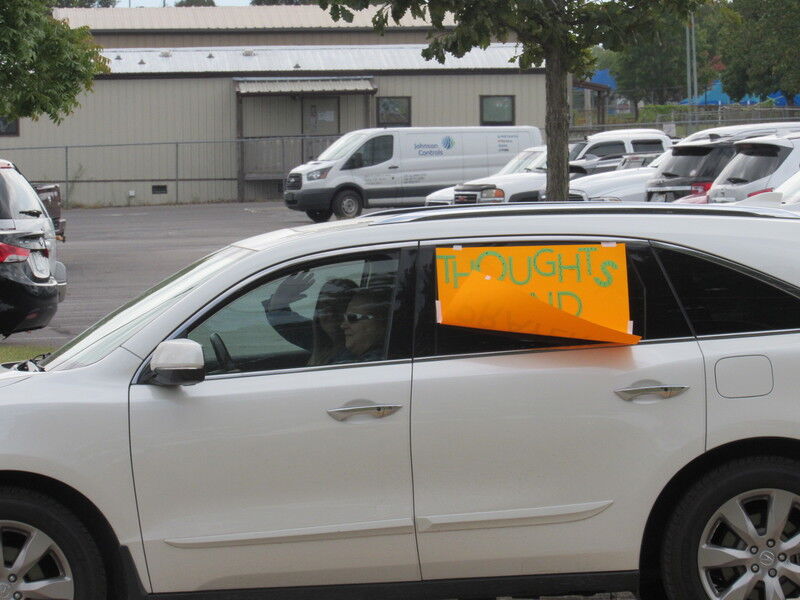 A colleague of Muskogee County Emergency Medical Services Chaplain/Paramedic Raymond (Ed) Cash waves from a vehicle during a well-wishing drive-by past Cash's hospital window on Tuesday. 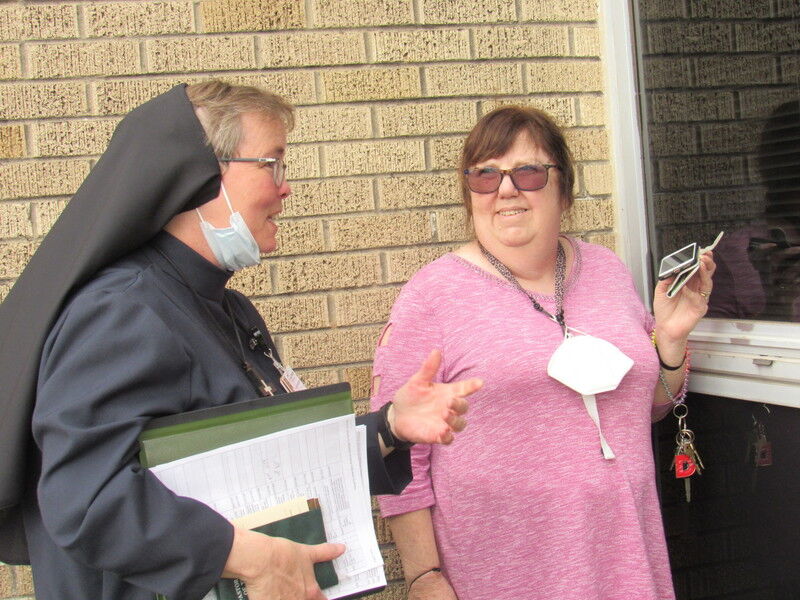 A colleague of Muskogee County Emergency Medical Services Chaplain/Paramedic Raymond (Ed) Cash waves from a vehicle during a well-wishing drive-by past Cash's hospital window on Tuesday.

But that didn't stop them from honking and waving their good wishes and prayers during a drive-by greeting.

Cash said the parade was wonderful.

"It lifted my spirits," he said through his wife's cell phone. "It made me feel my EMS family is the best."

Cash's wife, Donna Cash, stood outside his window, occasionally peering inside to gauge his reaction. The two communicated via cell phone. She said that watching the procession was "awesome, amazing."

She said her husband's health is "on hold."

"We're not bad and we're not good, but we're staying in the same spot, which is better than losing," she said.

When she asked her husband his thoughts, he said the parade was "wonderful."

Other friends and family members gathered on the grass outside Cash's window to view the parade.

German said Raymond Cash has been with EMS for 17 years and served with the U.S. Army for six years before that.

"Ed has dedicated a lot of his life to Muskogee County EMS," German said. "He is a good person. He's always there to help anybody who needs help. He's always one person we reach out to if we need some guidance, or we need that help. He's one of my favorite people."