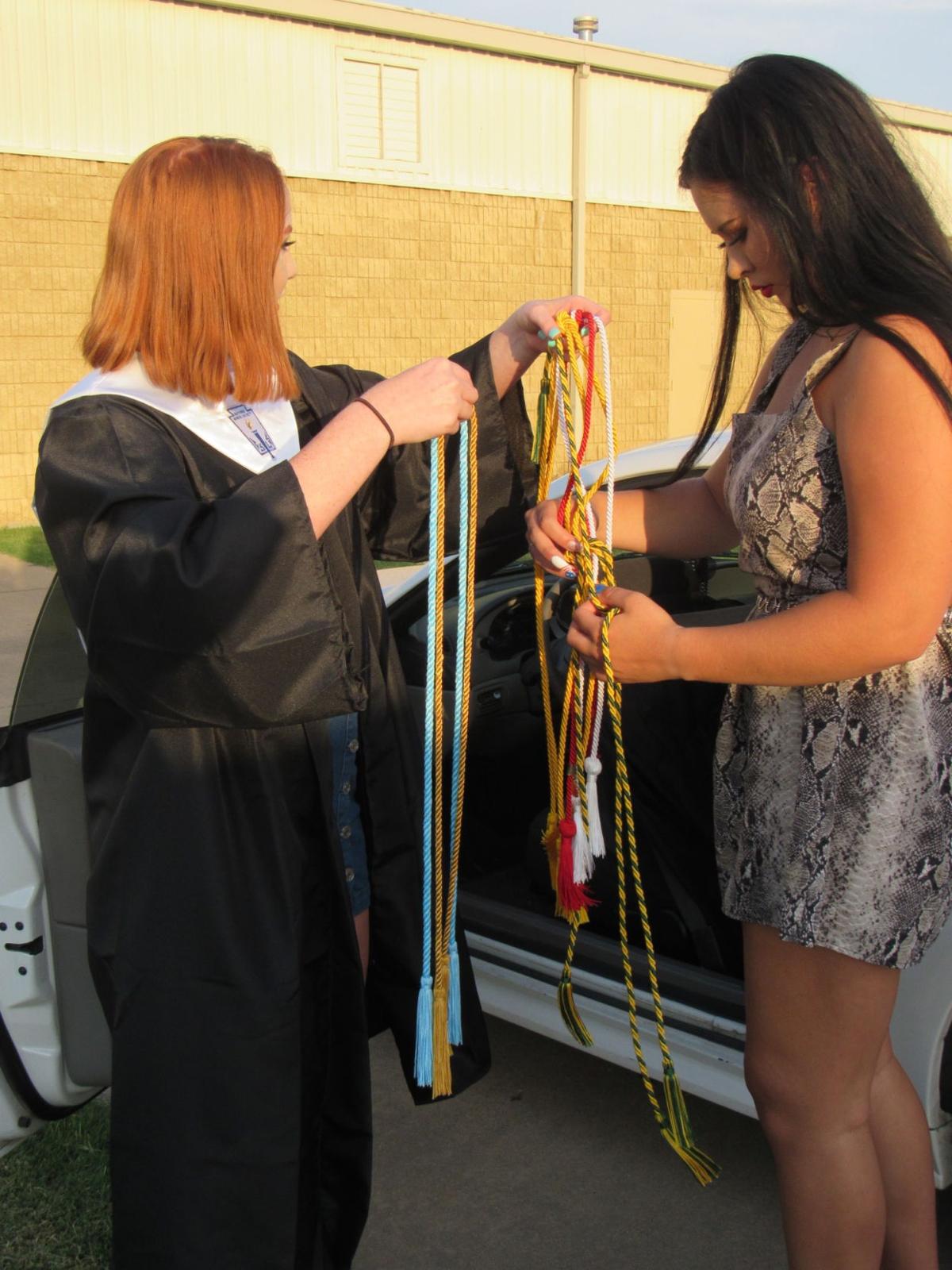 Hilldale High seniors Maddilyn Walker, left, and Makayla Williams sort through their honor cords Friday before the Hilldale Class of 2020 commencement ceremony at the football stadium. 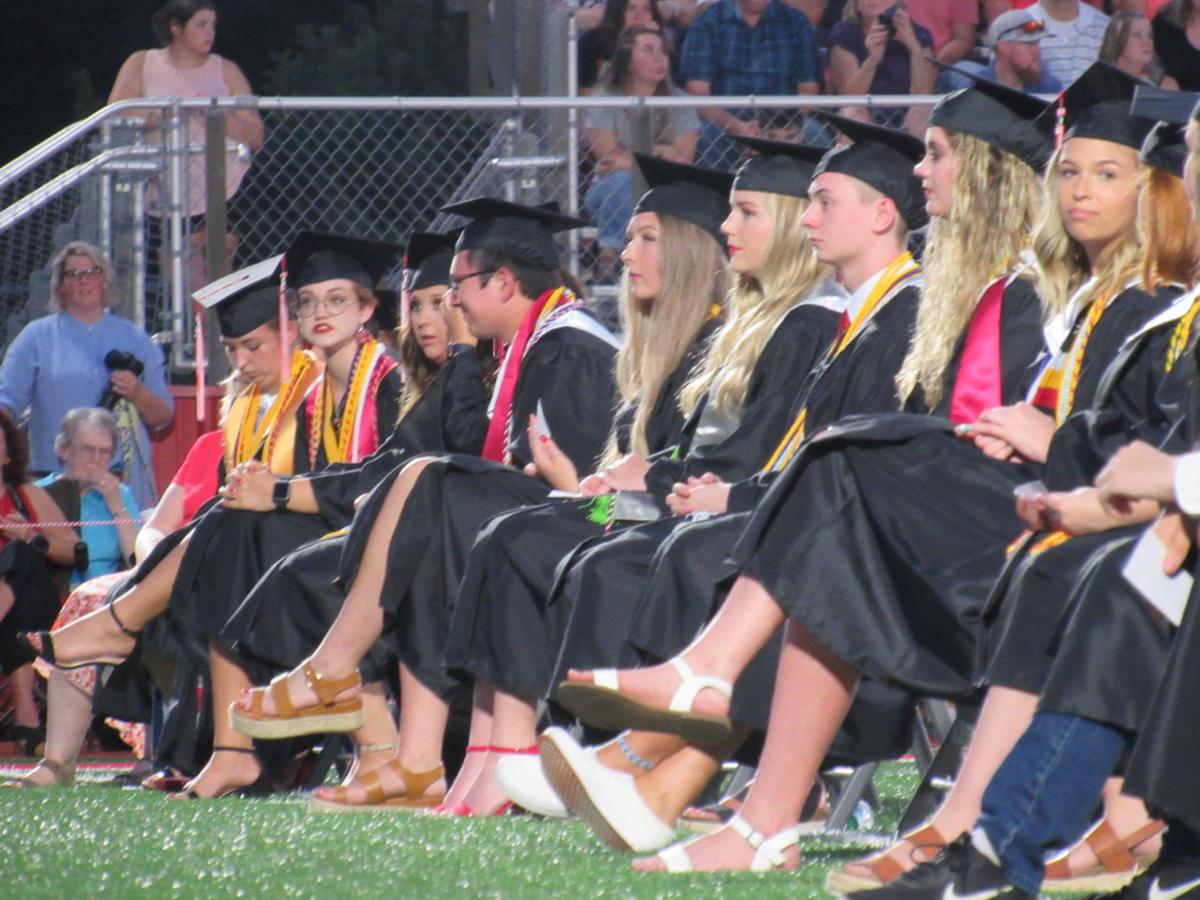 Hilldale High's Class of 2020 awaits the start of commencement Friday at the football stadium. 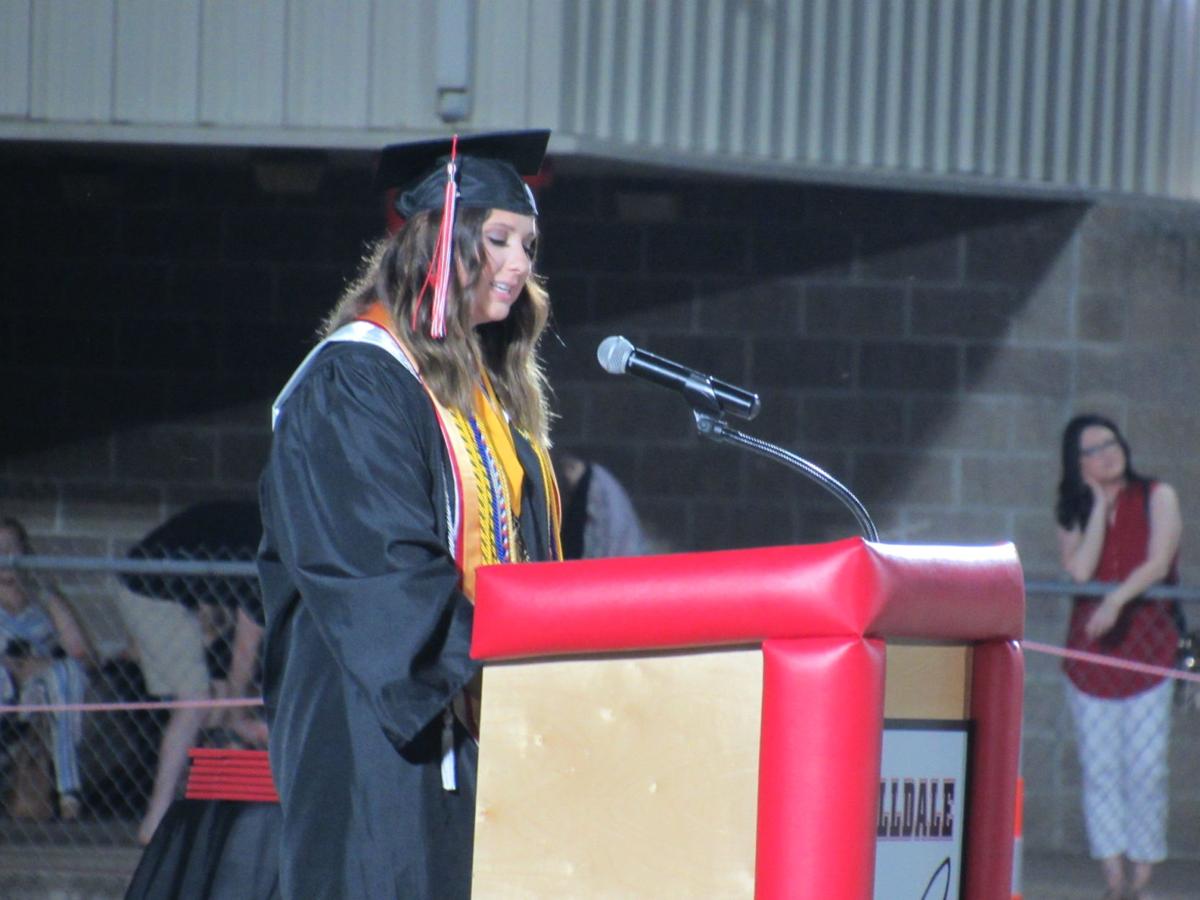 Cara York, one of three salutatorians of Hilldale's Class of 2020, addresses her classmates during Friday's commencement ceremony. 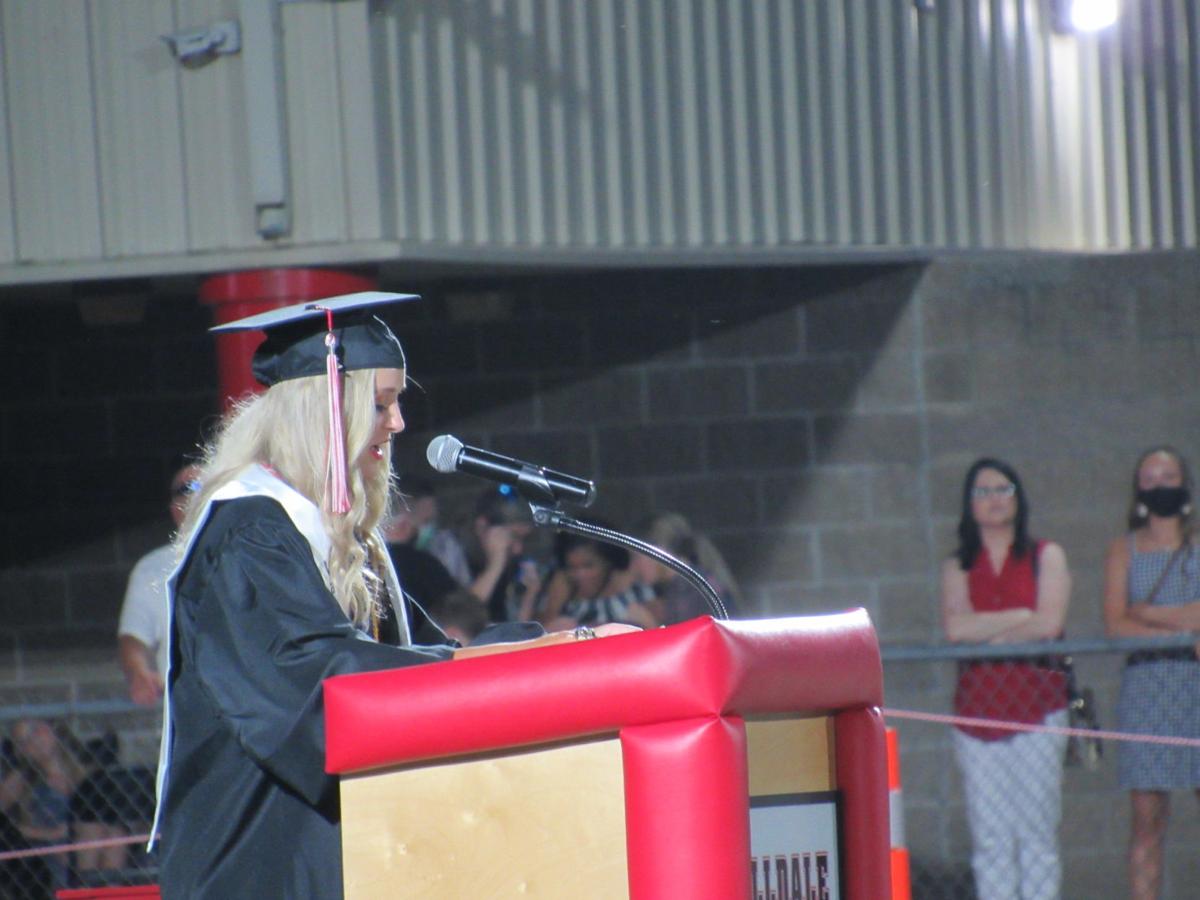 Hilldale High seniors Maddilyn Walker, left, and Makayla Williams sort through their honor cords Friday before the Hilldale Class of 2020 commencement ceremony at the football stadium.

Hilldale High's Class of 2020 awaits the start of commencement Friday at the football stadium.

Cara York, one of three salutatorians of Hilldale's Class of 2020, addresses her classmates during Friday's commencement ceremony.

The commencement, originally planned for May, was conducted outdoors at Hilldale football stadium to ensure proper distancing out of concern for COVID-19.

Being the night before Independence Day, people living north and south of the stadium shot aerial fireworks in their neighborhoods, accidentally accenting the ceremony.

"We never predicted that Friday, March 13th, 2020, would be our last day ever to walk the halls of Hilldale High School as students," said Cara York, one of three salutatorians. "Although the pandemic took away the most exciting months of our senior year, long-awaited memories we thought we were guaranteed. It's funny though, because in my mind, I made the exception that I felt I was entitled to the rest of my senior year."

York added, "however, I was not entitled to anything."

The Class of 2020's senior year was interrupted in mid-March, when the COVID-19 pandemic prompted closure of school buildings across Oklahoma.

Other seniors reflected on the shortened year.

"I wish it would have been like a regular school year, but it's really nice we still get to graduate," said Maddilyn Walker. "We missed a lot of stuff that seniors get to do, like our senior trip."

Gannon Dubin said the months away from school were insane.

"Trying to figure out where everything's going and how everything's happening, especially the outcome of the school year," he said.

Yearbook editor Russell Bell said he was able to finish the yearbook the last day before spring break, which ended up being the last day at school.

"We got lucky on that," he said. "I stayed after school that day and finished it."

He said he knew then that COVID-19 would affect the school year.

"But I didn't know it would be that long," he said.

On Friday, York encouraged fellow seniors to realize that unexpected events could make them better people.

"If you live each day as if we're promised tomorrow, we rob ourselves of many opportunities," she said. "Opportunities will come and go during our lifetime whether we expect them or not, but it is up to us to make the most of them or let them slip away."