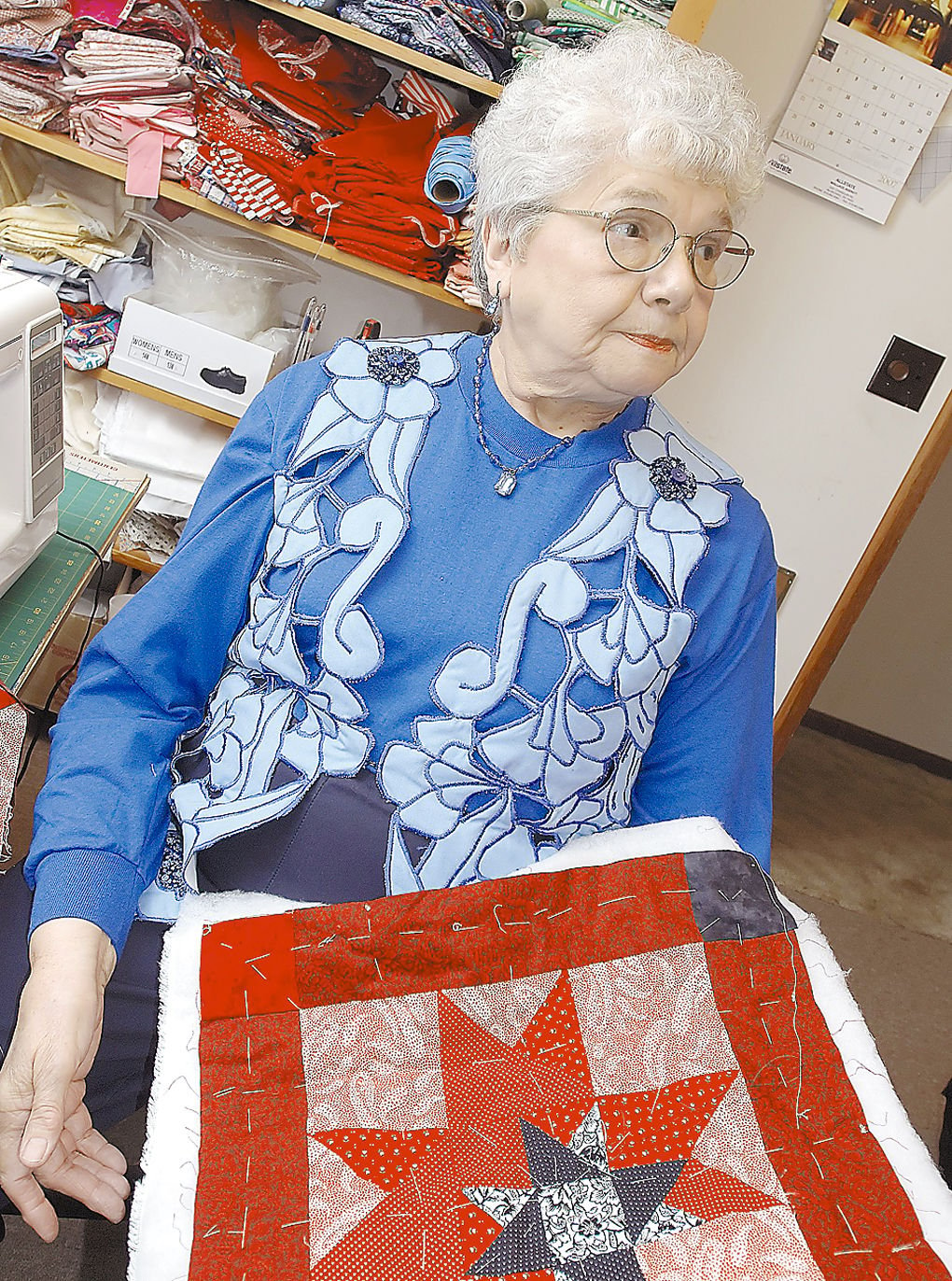 Local award-winning quilt artist Barbara Gorton talks about how she got into quilting at her home. Below is the quilt for which she’s being recognized. 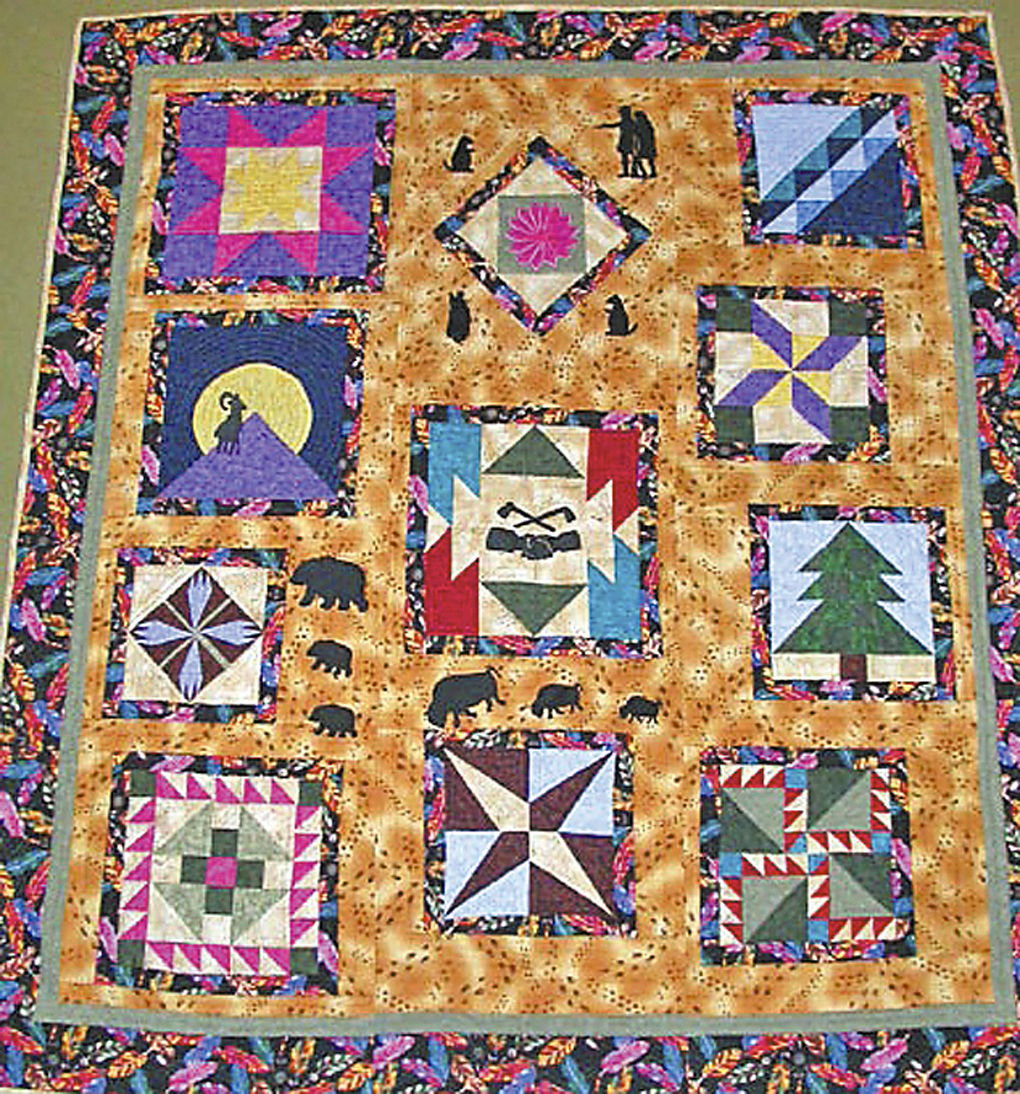 The quilt for which Barbara Gorton is being recognized.

Local award-winning quilt artist Barbara Gorton talks about how she got into quilting at her home. Below is the quilt for which she’s being recognized.

The quilt for which Barbara Gorton is being recognized.

Muskogee native Barbara Gorton, 74, is being recognized today with 39 other Oklahoma quilt makers as part of Oklahoma’s centennial celebration. When she was making a quilt for her son last year, being a part of Oklahoma’s 100th birthday celebration was the last thing on Gorton’s mind. “Never in my wildest imagination would I have thought this would be a part of the centennial,” she said. The loving stories told by a quilt are a timeless representation of Oklahoma history and our rich past, said Judy Howard, the person behind “Centennial Stitches — Oklahoma History in Quilts.” Howard picked Gorton’s “Oklahoma 500 Years Ago” quilt to be on display with 39 other quilts from across Oklahoma. “Centennial Stitches — Oklahoma History in Quilts” exhibit is on display in Oklahoma City from Jan. 15 through Feb. 9 at the Oklahoma City University Norick Art Center in the Hulsey Gallery. The story unfolded mainly because of Gorton’s relationship with her daughter-in-law’s grandmother. Gorton said she is in her 90s and has been an avid quilter for years. “When (my son and daughter-in-law) got home after Christmas, she took (the quilt) over to her grandmother’s house and she flipped over it,” Gorton said. The quilt ended up in the hands of Howard and she wanted to show it in the museum. “They said, ‘Mom, do you mind?’ and I said ‘You do whatever you want. It’s your quilt.’ I was just so flabbergasted that it is going to be in a museum.” Gorton said quilting is something she grew up with, but didn’t personally pick up until later in life. She started making quilts in 1982 after watching a PBS program about quilting. “My husband says this is my playpen,” Gorton said of her quilting room. “It’s relaxing. It just makes the creative juices flow. I can lock myself in that room and just completely forget about the outside world.” The quilt Gorton will have in the museum started as a Louis and Clark project quilt she got from Hancock Fabrics. “It commemorated the trip Louis and Clark made,” she said. “A lot of the blocks pertain to Oklahoma as well,” she said. “We have the bison and the bear. The Indians are also a big connector to Oklahoma.” Gorton said the one thing she is proudest of with her quilting is her melding of the past and the future. She makes her blocks by hand on her sewing machine, but all of the embroidery and pictures are done on her computer and her embroidery machine. “I digitize the pictures on my computer and then I put them into my machine over here and it does all of the embroidery for me.” For information on the quilt show, phone Howard at (405) 751-3885 or www.heavenlypatchwork.com and www.buckboardquilts.com.