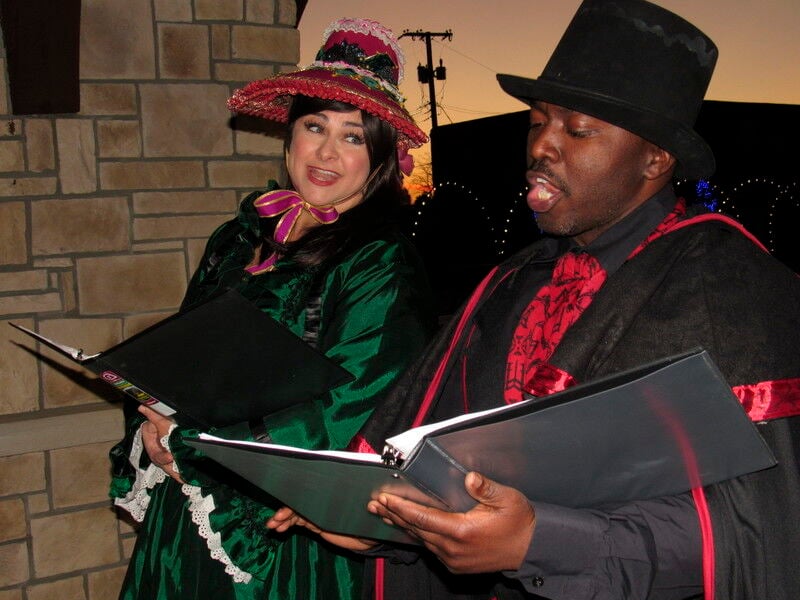 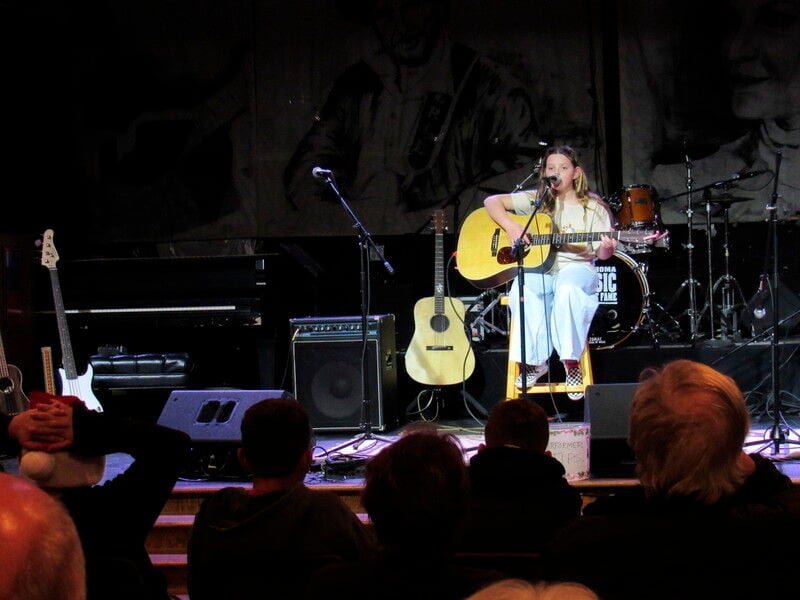 With carolers outside and rockers inside, people made music all over the Depot District on Tuesday.

"Part of the initiative is that it's participatory," said Lauri Henderson, event coordinator. "We involved the audience. The caroling was to have people sing along if they wish. And we have the various performers this evening."

The evening ended with a "Jingle Bells" singalong. Henderson said organizers distributed jingle bells so people can provide their own instrumentation.

"The beauty of this whole program is that it is celebratory for all ages and all ability levels, all genres and all cultures," she said. "It's really a cool thing."

Whitney Bradley said they have performed at several venues from Broken Arrow to Tahlequah.

At 6 p.m., the music went inside Oklahoma Music Hall of Fame, which featured a variety of acts.

Lila, 10, said she was a little nervous while preparing for her performance.

She smiled demurely when people applauded. She said she's used to it.

"I've done a couple of the things like this, so it kind of felt normal," Lila said. "But it's always kind of exciting to get applause."

Rock guitarist Millisa Henderson, who grew up in Muskogee, also performed. She now lives between Boston and Providence, Rhode Island.

“Through that, the Kevin Price band responded," she said. "Of course, Millisa was coming home for Christmas."

The older Henderson said she also talked to Brooke Hall with Muskogee Parks and Recreation about bringing musicians to Depot Green before the OMHOF event. Depot Green is open for children’s train rides and food trucks during holiday evenings.

“I put out another call about carolers because of the participatory element,” she said. “Sometimes things work out by a wing and a prayer.”