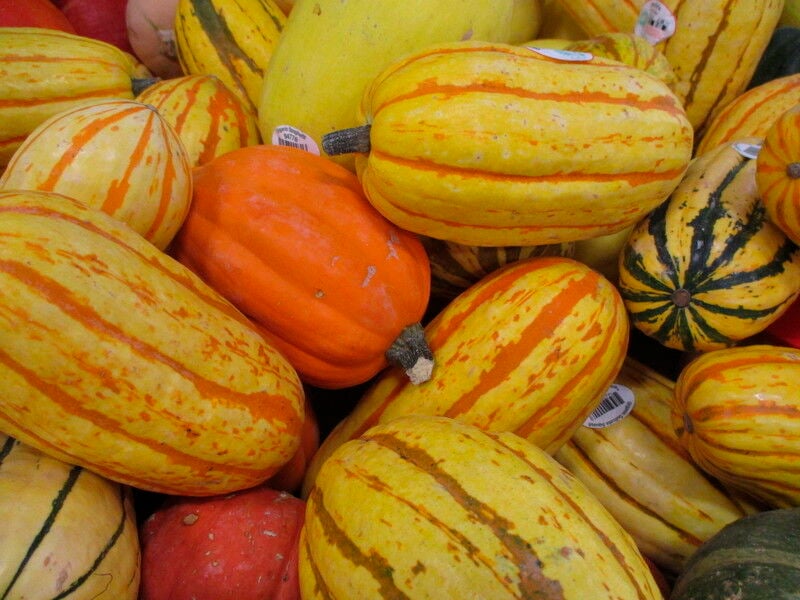 Pumpkins are related to the large squash family, which includes zucchini, yellow and butternut squash. 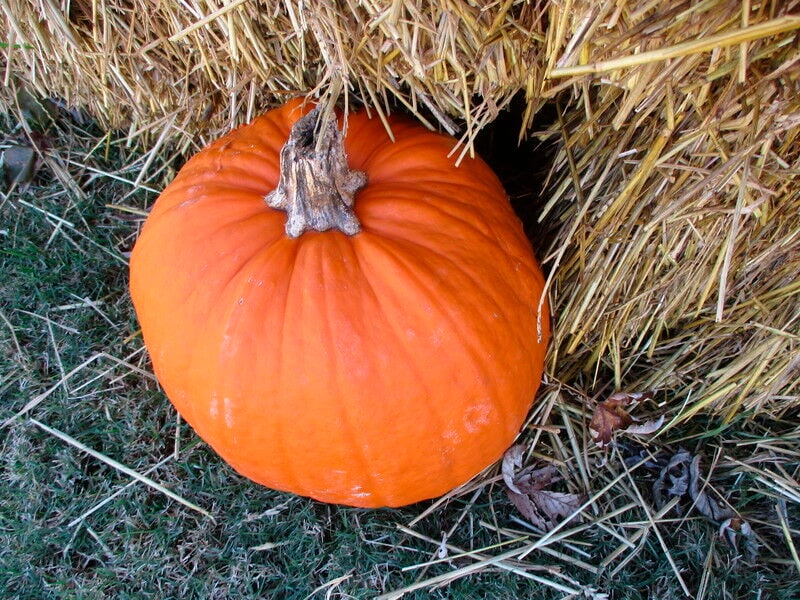 Pumpkins are the fall season’s best way to decorate your lawn. Consider them a prelude to the traditional Christmas decorations.

Pumpkins are related to the large squash family, which includes zucchini, yellow and butternut squash.

Pumpkins are the fall season’s best way to decorate your lawn. Consider them a prelude to the traditional Christmas decorations.

There were times when pumpkins, carved with funny or scary faces, were only for Halloween. Not now. The whimsical carvings on pumpkins’ faces may have now disappeared in our neighborhoods. But pumpkins are a favorite fall into winter garden feature, either decorative or for food.

Pumpkins actually have a European heritage. Yet, we can thank the early Native American settlers for growing the first pumpkins in this country as an important food crop. In Oklahoma, there are at least five major pumpkin farms, available for not only buying pumpkins but for tours of this plant that not only thrives on Halloween, but is essential for holiday baking.

These pumpkins also have more relatives than we knew. They are related to the large squash family, which includes zucchini, yellow and butternut squash. They are prolific growers. What were those squash doing out there while we were sleeping? Pumpkins also have rather unusual garden friends. They like to mingle with cucumbers, their first cousin in this garden family. Sometimes their family connections with other plants are rather amazing and not always well known.

If you really want to get into the pumpkin-growing business, plant the seeds in July to have a great crop for the fall season. The old Farmers’ Almanac, still a most reliable source, says “With good management and growing conditions, pumpkin, and winter squash, can yield 15-20 tons per acre or more." That’s great if you’re a pumpkin farmer. For most of us, that’s a rather ambitions yield if we just want a few pumpkins for holiday pies.

Pumpkins do need well-drained soil, full sun and they like a lot of space to grow in raised beds or containers. They prefer well-drained warm fertile soil. Garden specialists suggest planting near the edge of your garden, about 2.5 feet apart, depending on the pumpkin variety. Embellish your soil by mixing it with several inches of aged compost or other rich organic material.

They need about 90 to 120 days to mature after the seeds are planted, depending on the variety. You can also start the seeds indoors around the middle of March. Seedlings or transplants are best planted around the middle of April to the first of May. Whether planted or purchased, pumpkins definitely have a place in holiday festivities.

Micki J. Shelton is a Muskogee native and master gardener.