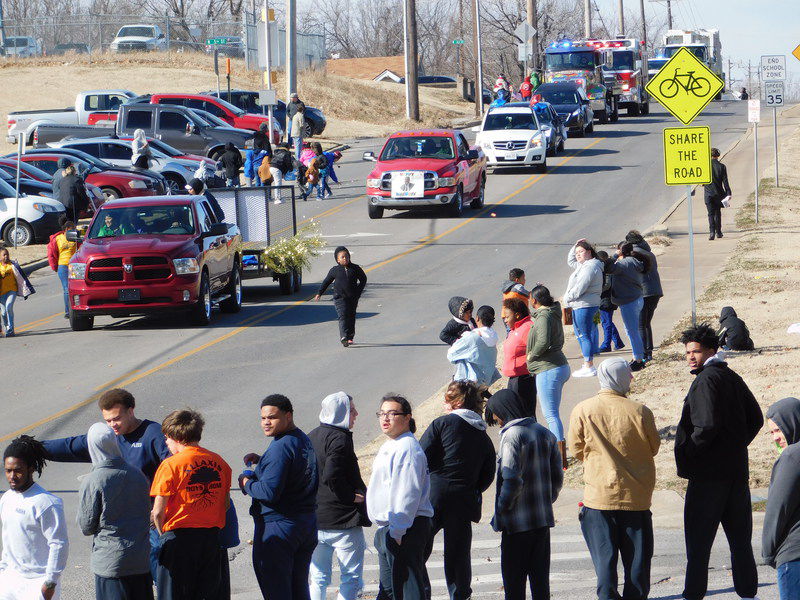 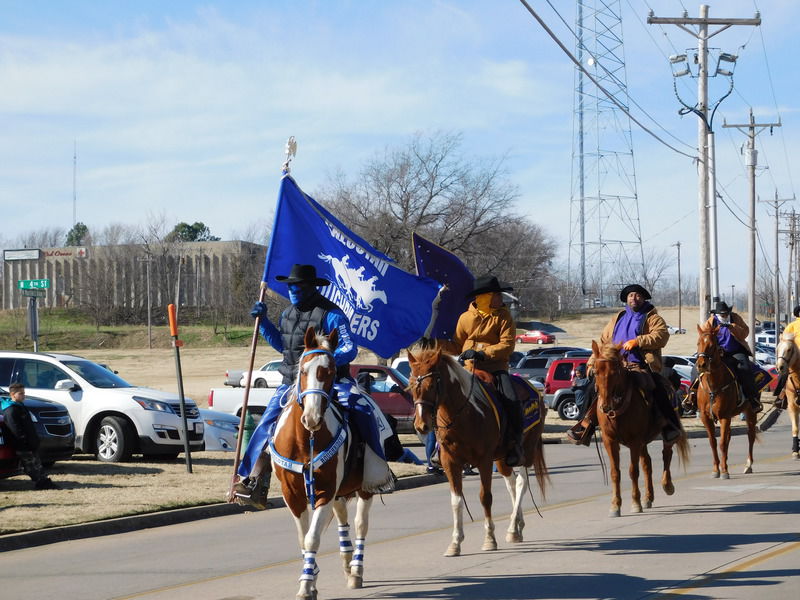 Horseback riders from Checotah and Tulsa bundle up against the cold while marching against the wind in Muskogee's 2019 Martin Luther King Jr. Day Parade.

Horseback riders from Checotah and Tulsa bundle up against the cold while marching against the wind in Muskogee's 2019 Martin Luther King Jr. Day Parade.

Executive Director Derrick Reed said the theme for this year's celebration is "Endured the Past, Embracing the Present, Empowering our Future."

"We're at a new decade," Reed said, adding that the theme means "taking all the best of past years and generations and using them to empower our future."

"He has served the community for over 20 years," Reed said. "He was also instrumental in presenting, for decades, the Paul Young Football League, giving young men an opportunity to get involved in football from elementary through high school. He also is retired from Oklahoma Natural Gas."

Reed said the parade will feature the Muskogee High School band, plus a large representation of churches and other groups.

"This year, we have a marching drill unit out of Oklahoma City, a dance group called High Rollers," he said. "They'll also perform at the after-party."

Also, expect a steady flow of classic cars and trucks in the parade and at a post-parade car show.

Car show coordinator Lester Beasley said he expects 15 to 25 vehicles in the parade. Many will be displayed at the community center as part of the car show.

"Mainly the classic cars from the 1950s, and some of the '60s," he said. "Sometimes, depending on the weather, we have different types of motorcycles."

Beasley said organizers are working to include more pickups this year.

"They can be late model, antique or any type of truck," he said, adding that he often drives his 1950 Chevrolet pickup in the parade.

"It's been refurbished totally," he said. "The only thing original is the body. All the mechanics are updated. It's actually a 1973 Nova, everything in it is from a 1973 Chevy Nova."

Beasley said he has been involved with the MLK parade for about 12 years.

The car show will offer prizes for different categories, as well as a Best in Show trophy.