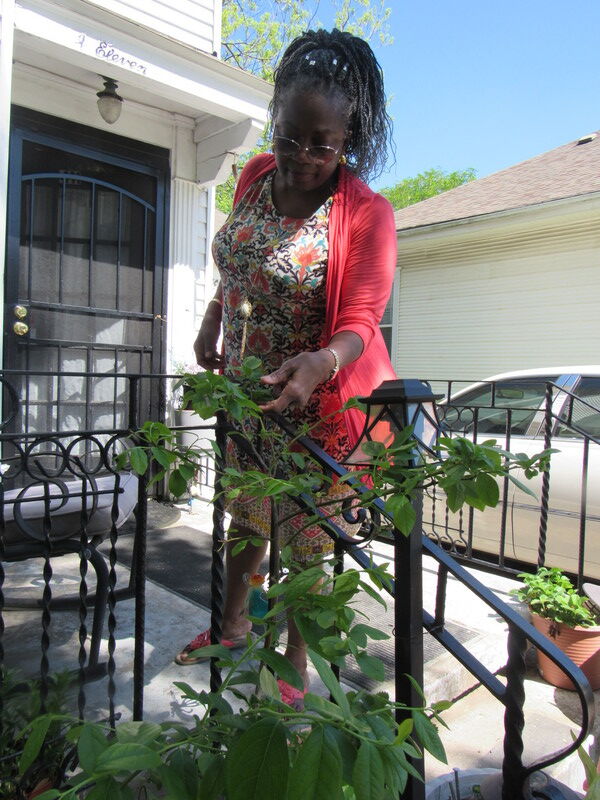 Diana Newton shows a blueberry bush that grows by the front porch. She said she enjoys its berries. 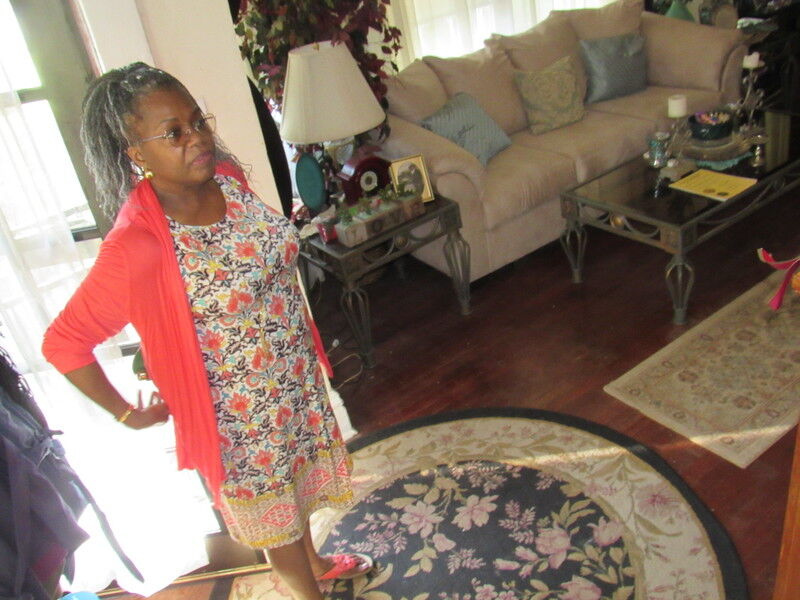 Diana Newton says her furniture fit so well in her Muskogee house, she was able to find things in Muskogee that matched items she brought from California.

Diana Newton shows a blueberry bush that grows by the front porch. She said she enjoys its berries.

Diana Newton says her furniture fit so well in her Muskogee house, she was able to find things in Muskogee that matched items she brought from California.

The West Virginia native said she lived in California for 38 years and had been all over the United States.

"When I came here to Muskogee, I was like, 'this is it,'" she said. "People were so nice. There were so many things we had in common, it’s like everyone has the same likes as you."

Newton moved to Muskogee in 2015 with her husband, who comes from a longtime Muskogee family.

"I told my kids I decided to move out here. They were like 'Mom are you sure," she said.

And she recalled telling them "I have found my tribe in Muskogee, Oklahoma."

The Newtons moved into a 105-year-old house in the Founders Place area. Diana Newton recalled discovering that even the furniture found a good fit.

"It’s like I’ve been here all along," she said. "Even when we moved in, we brought it all here and it all fit perfectly into the house."

Newton said she even found matches in Muskogee for furnishings or decor she had from California.

Within a few years, Newton got involved with such programs as the Bare Bones Film Festival, Bass Reeves Western History Conference and the BRICK Optimist Club. She also got involved at Greater Shiloh Baptist Church, where she is a clerk.

"I always been one who always enjoyed helping people," she said. "I like cooking and I like catering events."

And her tribe grew.

"People say, 'You only been here how long and you know more people than I do,'" she said. "You got to jump right in."

She also got to know people in the Founders Place neighborhood and got involved with the association. It, too, is a good fit.

"It's this neighborhood, it’s people from all around, no matter where I go I’m not a stranger, I feel at home," she said. "I guess it is all of Muskogee."

Diana Newton recalls she and her husband buying their Muskogee home sight unseen.

"We just saw some of the pictures from the inside," she said. "We didn't realize how old it was."

"It was built by contractors who were doing some other work around here, and this house, when it was built, it was like a boarding home," Newton said. "It has a boarding home entry and the rooms all have these extra little holes in the doors for the locks they had to put on them."

They added a few exterior touches.

Newton said her husband laid a brick walk by the driveway.

"He was tired of me stepping into the mud when it rained," she said.

She said her husband cleared a "jungle" in their backyard and she planted a plum tree, a cherry tree and a peach tree.

Newton said everything inside was beautiful "until you got to the bathrooms and the kitchen."

"Everything else was perfect," she said.

Newton said she and her husband love how green and neighborly their Founders Place area is.

"It's things like that, where we help out each other," she said. "If there's something you need help with, you can always count on your neighbor."

She said a newspaper notice got her interested in the Founders Place neighborhood association.

"They were really welcoming," she said. "The things they were talking about doing for the community, like cleaning up the streets or doing yard maintenance for the property they owned."

Newton also appreciated the community spirit shown during the Fourth of July gathering at Beckman Park.

"Sitting in the park and seeing all the kids and adults coming up the sidewalk with the flags," she said. "When they came up there, there was a buffet of food for them."

In April, volunteers cleaned a neighborhood garden along Emporia Street, she said.

"We do things to better the community," Newton said. "We learn about code enforcement and what they can do for us to keep our neighborhood safe and secure and clean."

The association is working with the city to secure other improvements. Newton said residents made an online request on what would make their street better.

"I put in street lights, street decorations," she said. "Some of the others put in things like 'dilapidated properties removed.'"

A Legacy Keepers R Us program honoring her father-in-law, Bob Newton, got her into volunteering.

"At the end, ShIronbutterfly spoke about volunteering and different works going on," Diana Newton said.

She first helped out at the annual Bare Bones Film Festival. Her work included helping secure film venues and setting things up. She said she also kept record of how many people came.

"I was in charge of all the food preparation for these events," she said. "I was making sure what the menu was, that we would have the food items, what we were going to serve."

Newton helped make sure food was set up at the Bass Reeves Western History Conference.

She also volunteers as secretary-treasurer with the Muskogee B.R.I.C.K. Optimist Club.

"Helping people brings me joy," she said. "People say 'I just want to be happy.' I say 'find joy.' Joy is helping somebody out."

"My husband, Chester, is from Muskogee. I met him in California, Stockton. And he had been away for 25 years. We came to visit because his brothers were getting up in age and getting ill. We decided to come back and help them out."

"The people. I like the spirit of the environment here. It's very giving, very caring. People like to get things done. I really like it. It's like you don't meet any strangers. And it's okay to be nice to people. So many places you can't do that because they'll take advantage of you."

"If people would show up for events. My granddaughter asked me, what would make this place more viable. I said, only thing that’s going to make this town more viable is when people come from out of town and invest. I know there are some people doing that now. Mostly we need to use our own facilities, such as go to shops here in Muskogee. Go to restaurants here in Muskogee. We just need to have people fall back in love with Muskogee."

"Founders Place, we had a Fourth of July picnic at Beckman Park, and we were theme dressed. They had a flag march."

"A place where you can fulfill your dream and find your tribe."