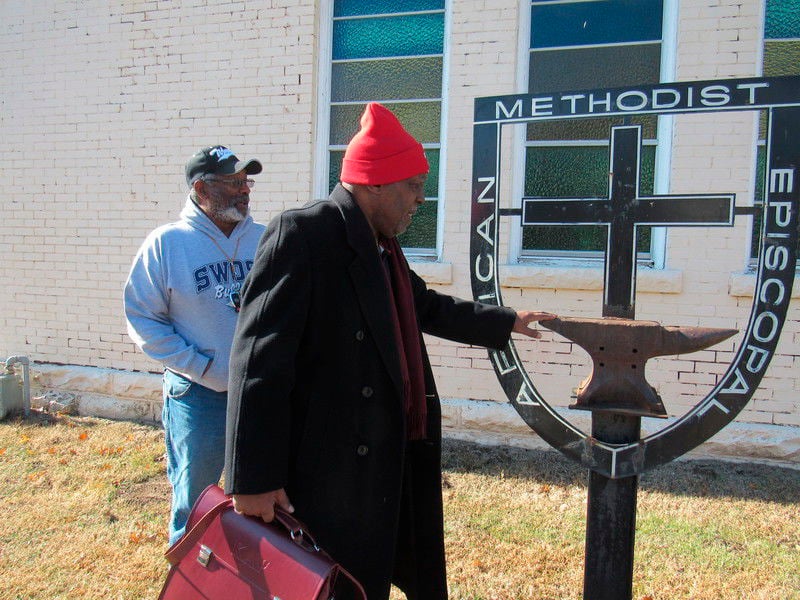 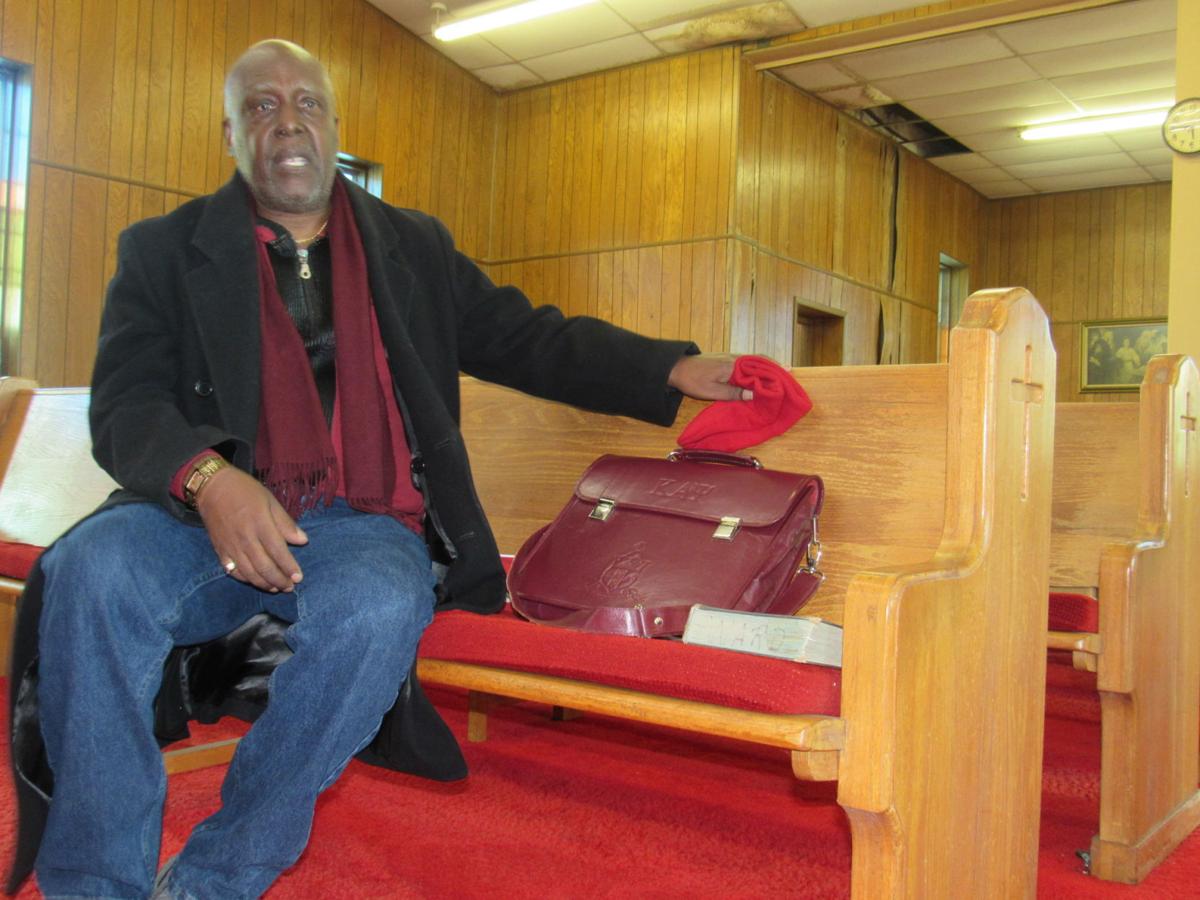 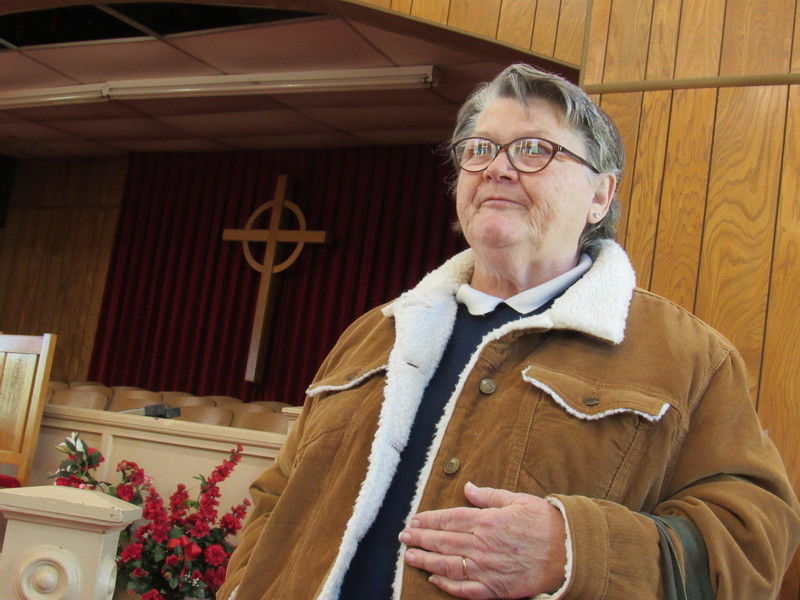 Samuel Austen talks about how her husband, the Rev. J.G. Austen, was Ward Chapel African Methodist Episcopal Church pastor until his recent death.

Samuel Austen talks about how her husband, the Rev. J.G. Austen, was Ward Chapel African Methodist Episcopal Church pastor until his recent death.

"I went over there, and my heart just dropped to the ground," Craig said. "They were trying to keep that church growing. Their membership is kind of deteriorating."

The building, which dates to 1904, also is deteriorating. Rain seeps through the roof, ruining the sanctuary's ceiling and paneling. The fellowship hall has no heat. The interior smells moldy.

But that hasn't stopped Craig, now the Ward Chapel pastor.

"I saw the potential and the history of this church. And the Lord put it on my heart to try to bring it back to life," he said. "I'm 73 years old, and I haven't been this excited about something since I joined the ministry."

Craig said he wants to raise awareness about the church, not only from the community, but also the church's past members and their families.

"This was a thriving church," he said. "Most of those people were well-known in this community, in this state and some internationally. People like J.J. Simmons, who was a big oil and cattle man. Brother Twine's family, who were lawyers and newspaper people back in the '20s and '30s. We're talking about the Tollett family. They had this church up and running as a viable asset to the community."

Broken Arrow resident Leo Bray, whose wife grew up in Ward Chapel, said he thinks about the church's longevity, shown through past and present members.

"And I get a chill over my whole body because there is something about this place," Bray said. “When you're here on Sunday and you come in on Sunday morning you feel they're still in their seats. That's the blessing that I get."

"In its prime, most of the black professionals went to this church," Twine said. "Black lawyers, doctors attended Ward. Teachers also."

He said the late Porter Reed, who played with the Negro Baseball League, attended the church, sitting in a front pew for decades. Grammy-winning Gospel singer Smokie Norful grew up in the church, he said.

Twine said Ward Chapel is the only African Methodist Church in Muskogee, though there are two AME churches northwest of town.

Craig said the congregation has been meeting since 1893. However, in the 1980s and 1990s, people started moving out and dying, he said.

"We have a handful of dedicated members who insist on keeping this church going," he said, adding that only six to 10 members come each Sunday.

Craig said his first goal is to get the building back into shape.

"Number two is to contact members of the past and their families, let them know what we're doing, try to get them to help us," he said. "Number three, recruit them back as members.

He said he has been talking with agencies such as Neighbors Building Neighborhoods about grants to fund building repairs. He said he also is seeking help from Native tribes.

"A lot of people from the old days were members of the Creek tribe," he said.

The church created a Facebook Page in an effort to find old members and share information, Craig said.

Craig said the church plans to have a reunion service with past families this spring.

"We haven't set a date because we want to have the building fixed," he said.

He said he also wants to share the history of the African American Episcopal denomination, as well as Ward Chapel.

Richard Allen, a freed slave, founded the denomination after blacks were forbidden to kneel in a white Methodist church in the 1790s, Craig said. The denomination was founded in a blacksmith shop across from the church.

"I believe that if the history of the church catches up with Ward Chapel, that would generate some interest and pride in the community," he said. "Knowing where this church came from and the struggles it had and how it ended up as a prominent fixture in communities across the United States, it should generate pride and interest in the downtrodden people left behind."