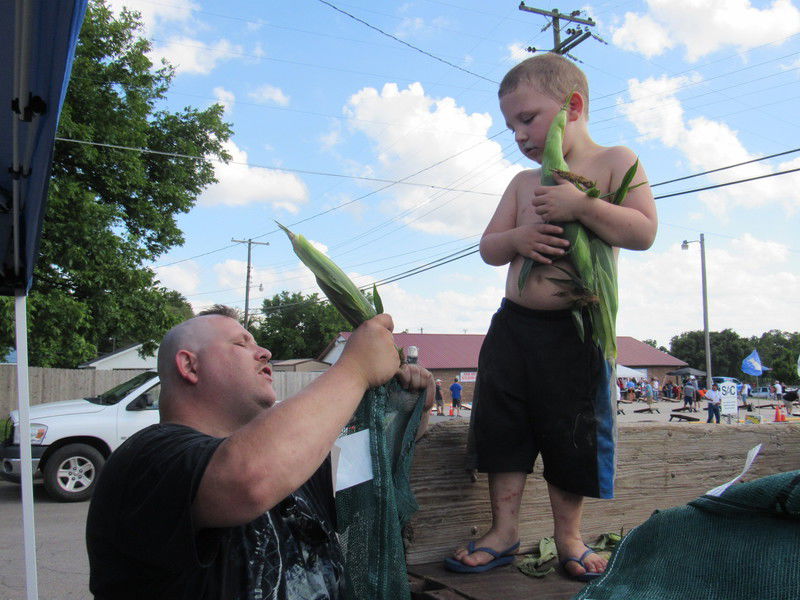 Clifton Johnson shows his son, William Johnson, the proper way to stuff a bag with sweet corn Friday. The corn was bagged to be sold at the Fort Gibson Sweet Corn Festival. 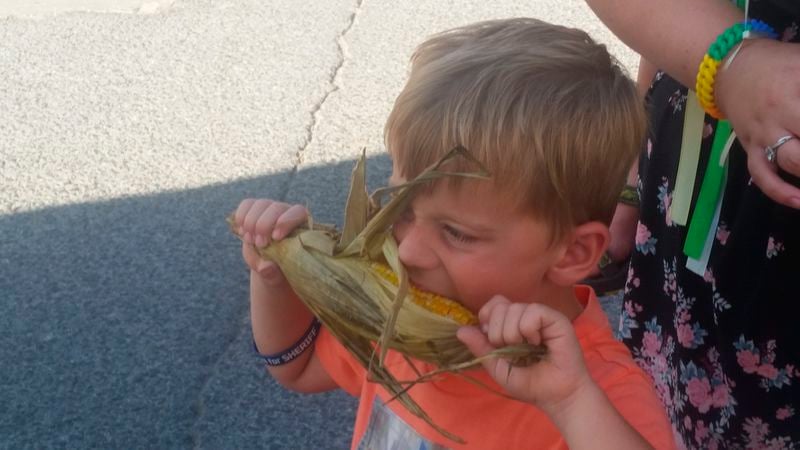 Silas Johnson of Porter doesn't let a pesky husk keep him from biting into an ear of sweet corn Friday at Fort Gibson's Sweet Corn Festival. 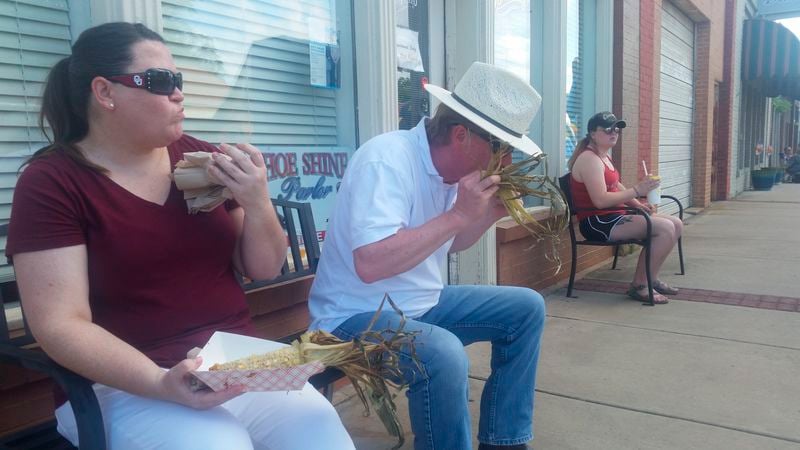 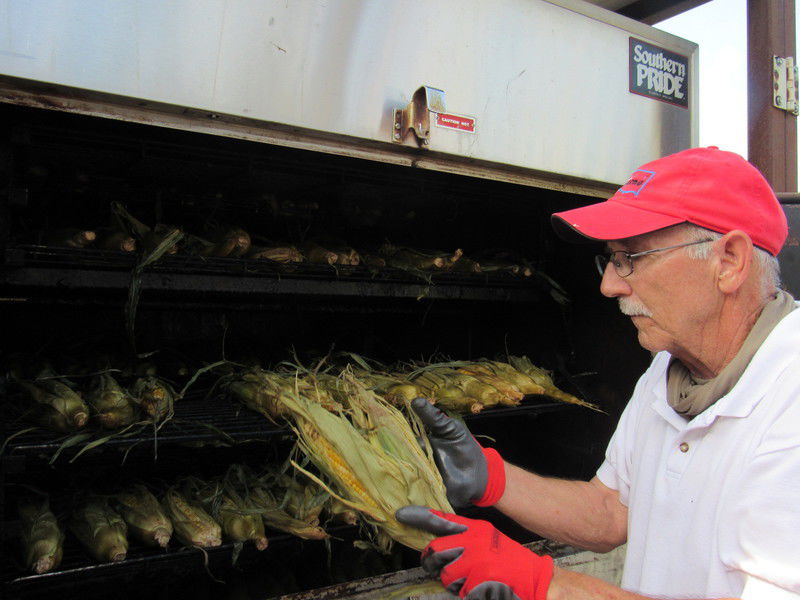 Jerry Harris checks to see if some ears of roasted sweet corn are ready to serve Friday at Fort Gibson Sweet Corn Festival.

“I thought it would be fun to give it a try,” he said, pausing on a sidewalk bench Friday evening. “We found the corn and just the right amount of shade.”

He said the corn was well worth the drive.

Sweet Corn Festival visitors found plenty of options beyond eating at the festival, which runs through Saturday night.

Barbara Jackson helped shuck corn for roasting. The roasted ears were sold at the “marketplace” at the intersection of Lee and Poplar streets.

“We’re kind of the behind-the-scenes people,” she said. “We’re the cookers. We take them over there in these insulated totes and they sell them over there, so all the money is handled in one location.”

She said she couldn’t count exactly how many ears she and others shucked Friday afternoon.

“Already about four water troughs full,” she said early in the evening. “We probably have about 150 to 200 cooked. And we’re cooking more, the rack is full.”

The ears aren’t completely shucked, however. The hairs removed from between the kernels, but the ears are kept in their husks and laid side-by-side in the portable roaster. Inside, they’re smoked low and slow.

Jackson said it takes up to two hours to roast the corn.

“We cook them up to 150 to 160 degrees,” she said. “We don’t put anything on them. They have clarified butter and parmesan cheese and all kinds of dipping stuff.

Shucking and bagging the corn became a family effort for the Johnson family. William Johnson, 5, perched atop a flatbed and stashed corn into daddy Clifton Johnson’s bushel bag.

Rhonda Johnson shucked the husks and hair off the cobs before putting them in bags. She said the family was helping the Frank Gladd American Legion Post 20 sell the corn by the bushel, half bushel and quarter bushel. A bushel has approximately 36 ears of corn, she said.

Tom Russell with the American Legion said they sold about 54 bushels by 5 p.m. Some were buying corn before the festival officially opened, he said.

American Legion Post Commander Tim Smith said the Friday crowd was typical for the first day of the festival.

The 2019 festival came shortly after waters receded from late May floods. The flood water spread over the corn fields of festival provider Dick Sheffield and corn had to be brought in from Webbers Falls.

This year, Sheffield was able to supply corn, he said, adding that 100 bushels had been sold by 6 p.m.