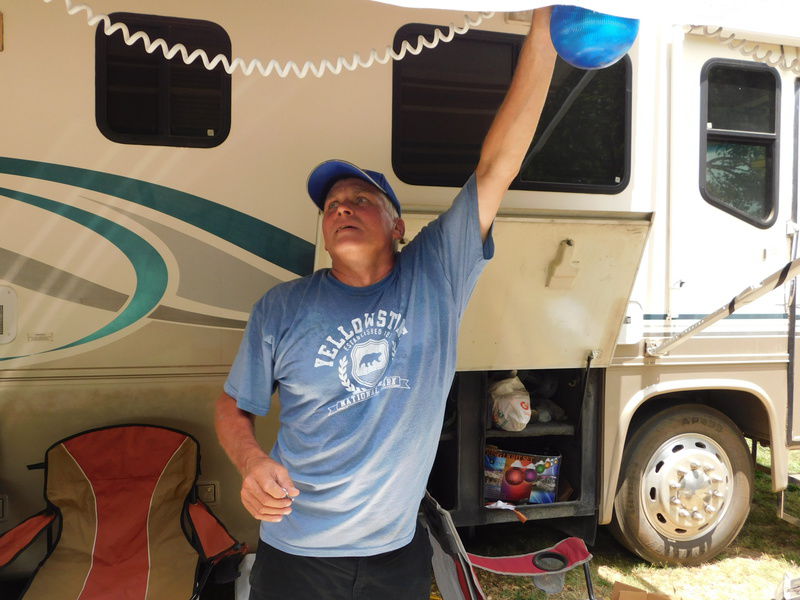 Richard Vanvors, of Porter, hangs up lights along the RV's awning. Vanvour is camping at Sequoyah Bay State Park. 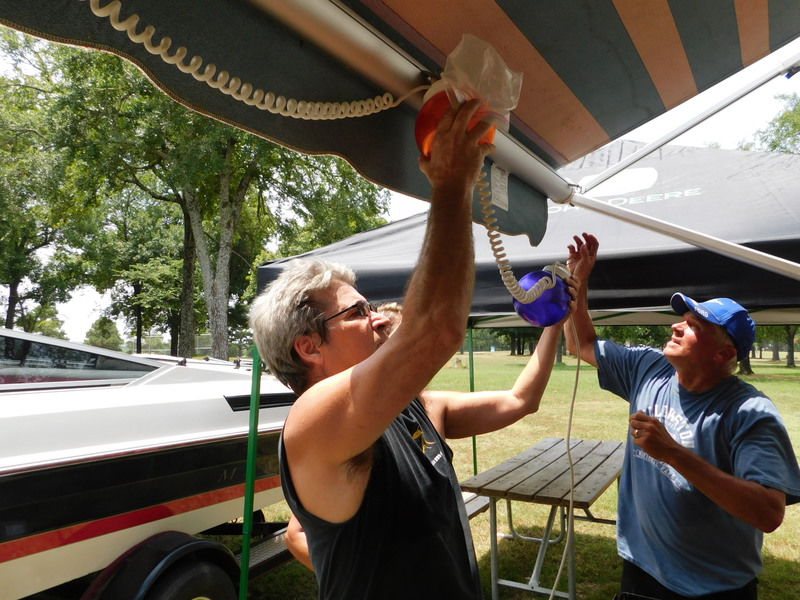 Jeff Case, of Muskogee, and Richard Vanvors, of Porter, hang lights along the RV's awning. Case has been using an RV to camp for at least 12 years. 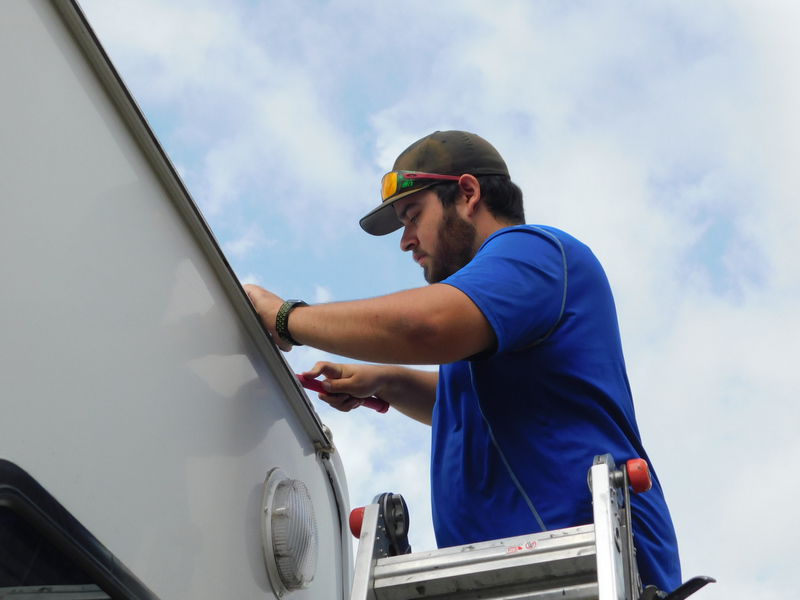 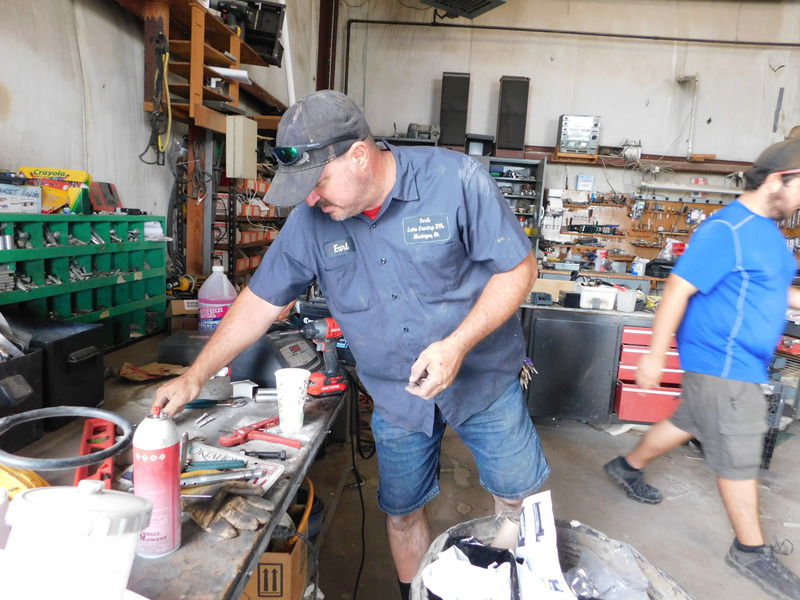 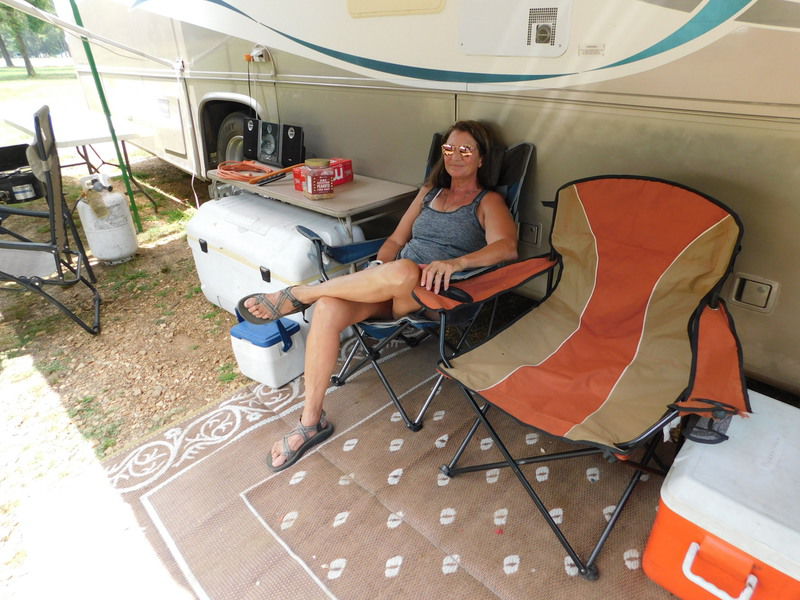 Joyce Case, of Muskogee, relaxes after setting up the RV. Case is staying at the Sequoyah Bay State Park through the Fourth of July.

Recreational vehicle dealerships are getting cleared out by first-time buyers looking for entertainment during the pandemic. People like Amy Beller and her family are looking for ways to get out of the house and travel while remaining socially distant and found that an RV fits the bill.

“We’ve been wanting one for a few years now and with the cancelations of vacations and things, we thought this would be a good time to come out and still get to do something but kind of be isolated from other people to some degree,” said Beller of Coweta.

Beller and her family bought an RV within the past month and are camping at Sequoyah Bay State Park to celebrate the Fourth of July. Her family has already been camping on three different occasions since buying the RV and plan on going to Jellystone and Keystone State Park before the end of summer.

RV dealerships in states where stay-at-home orders have been lifted are reporting record sales despite the decrease in RV shipments, according to the RV Industry Association.

“In the 50 years that I’ve been in this business, I’ve never seen a year like this year,” Ford said. “There are more young, first-time families who never thought about buying an RV in years past now are wanting to buy one.”

“The issue right now is trying to get product,” said Earl Nicodin, Earl’s Lake Country RVs Inc. owner. “Normally, we have 30 to 40 units in stock. Right now I have three new units and one used. Now we just have to wait. We’re on a list, but it’ll probably be the end of July or first of August before we see products again.”

The decrease in shipments is related to the coronavirus, which caused manufacturers to close and alter their manufacturing process. Some manufacturers were not allowed to re-open at the beginning of May, which slowed the RV shipments, but shipments started to pick up toward the end of the month.

Jeff Case has been using an RV for at least 12 years and has owned multiple models. He said he usually uses the RV between 20 and 25 times a year to camp.

“It’s nice if you’re a camper and like to go different places," said Case of Muskogee. "You’ve got your clothes already in there, all of your food, you know everything is in there. You don’t have to worry about hauling it in somewhere to a cabin and hauling it out, everything’s set.”