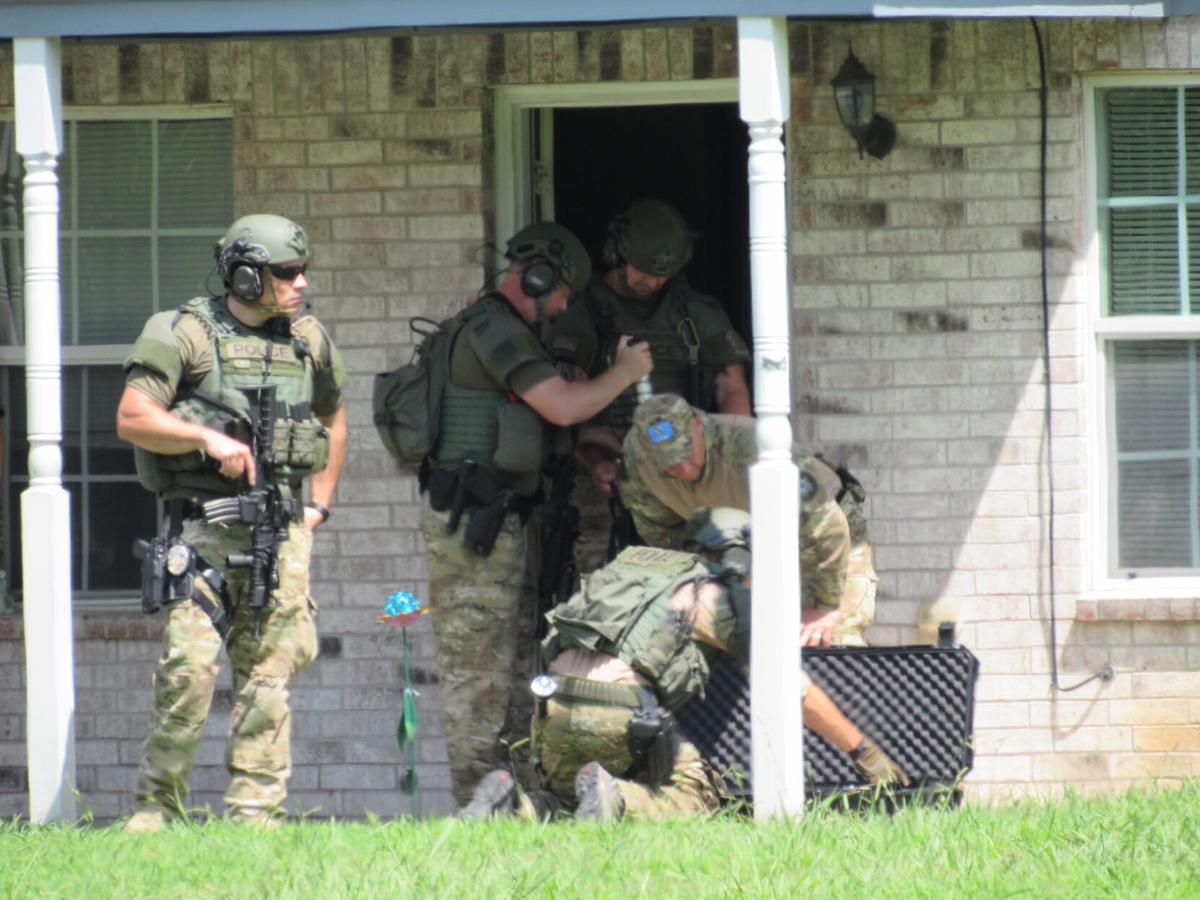 Muskogee Police prepare to leave the scene following the arrest of Gerald Lamont Maxwell on Monday. 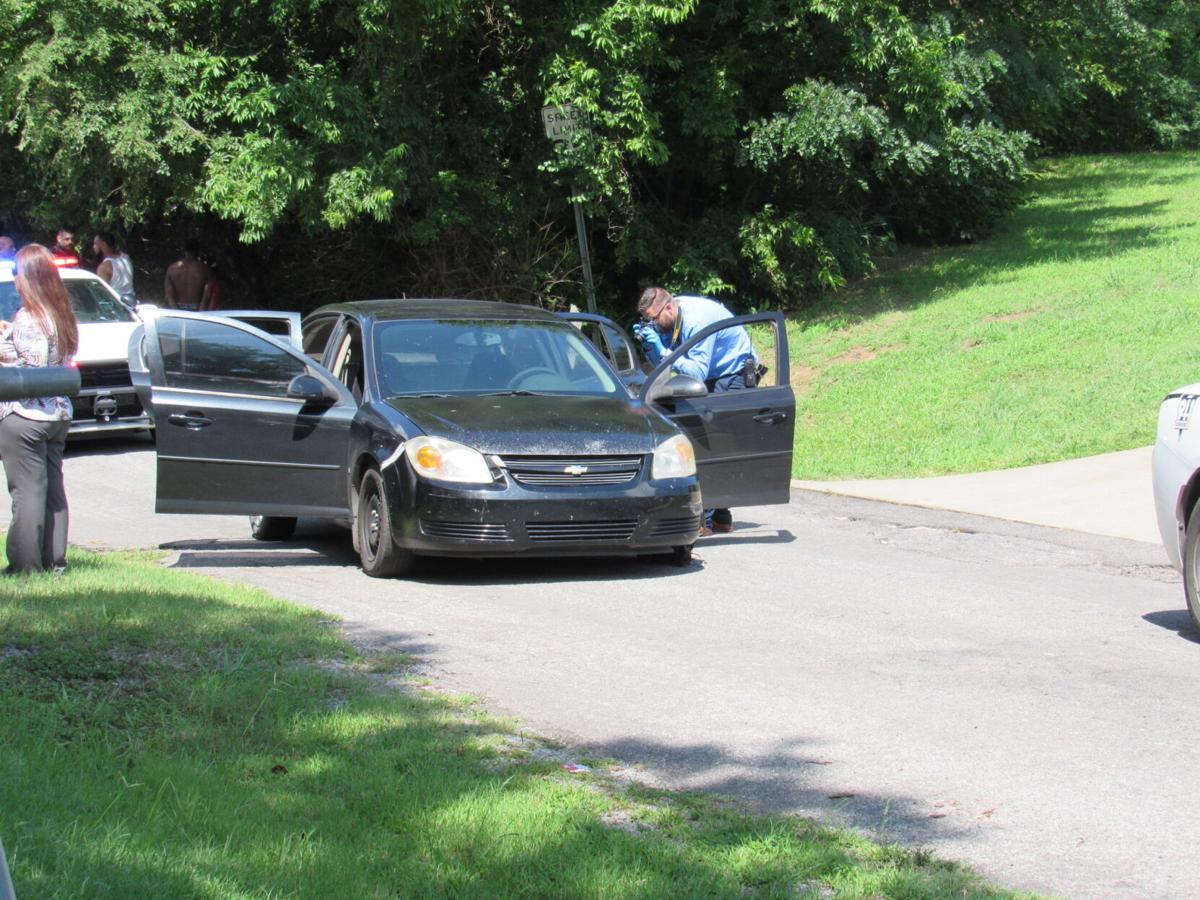 Muskogee Police take pictures inside a Chevrolet involved in a police chase Monday. The chase ended with the arrest of Gerald Lamont Maxwell. 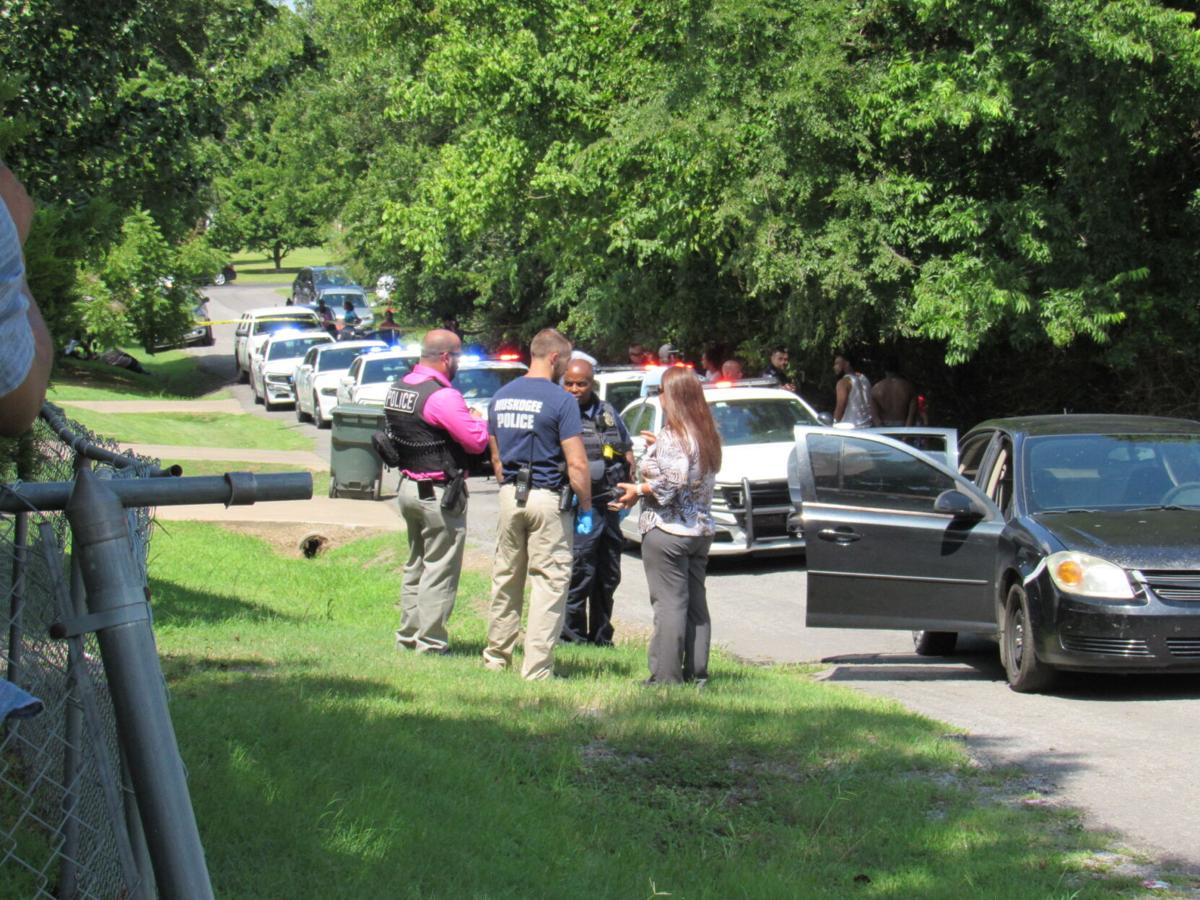 Muskogee Police talk near the scene of Monday's arrest of Gerald Lamont Maxwell.

Muskogee Police prepare to leave the scene following the arrest of Gerald Lamont Maxwell on Monday.

Muskogee Police take pictures inside a Chevrolet involved in a police chase Monday. The chase ended with the arrest of Gerald Lamont Maxwell.

Muskogee Police talk near the scene of Monday's arrest of Gerald Lamont Maxwell.

A pursuit followed by a standoff with police ended Monday afternoon with multiple arrests, including a man charged with shooting with intent to kill.

Gerald Lamont Maxwell, 20, was taken into custody around 2:45 p.m. at a house at the corner of 16th and Martin Luther King streets following a pursuit through a residential area, said Officer Lynn Hamlin, Muskogee Police Department public information officer.

"It might have been a little sooner, because it took a while to get him out of the house," Hamlin said.

Maxwell was wanted by police for allegedly shooting into a home July 24 in the 400 block of North 18th Street with four people inside. No one was injured.

She said the chase began at approximately 1:45 p.m. at 24th Street and West Okmulgee Avenue when an officer spotted Maxwell in the parking lot of Pop and Go. Maxwell got into a black Chevy Cobalt and drove south on 24th street. The officer got behind Maxwell, activated their emergency lights, but the vehicle did not stop.

"Listening to radio traffic, I don't think speeds got above 60," Hamlin said.

Hamlin said Maxwell jumped out of the car around Tamaroa Street and ran south on 16th Street. Hamlin said the homeowner was at the house, as well as a man and some children, who were sleeping inside.

She said the homeowner did not know Maxwell. The people in the house were not hurt or threatened. They were moved away from the scene when police began making announcements over a loud speaker, while police sought to apprehend Maxwell.

Hamlin said a passenger in the car, Aspen Cottrell, 22, got into the driver's seat and continued to drive south on 16th Street as officers continued behind the car with their lights and sirens on. The car was blocked in and forced to stop a short time later. There were three people in the vehicle when it was stopped, two adult females and one male juvenile.

Cottrell was arrested on complaints of attempting to elude, aiding and abetting, and obstruction of an officer.

Ariel Smith, who lives in the neighborhood, said she heard a high-speed chase. She said she heard police on loud speakers say "put down the gun and get out of the house."

Maxwell came out the front door of the home and was taken into custody.

Maxwell has another case pending in Muskogee County District Court. In January, he was charged with possession of a firearm after former felony conviction, knowingly receiving or concealing stolen property and threatening to perform an act of violence. That case in pending.

In November 2017, Maxwell pleaded guilty to second-degree robbery and possess counterfeit coin with intent to circulate. He spent about five months in prison before being released in December 2018, Oklahoma Department of Corrections records show.