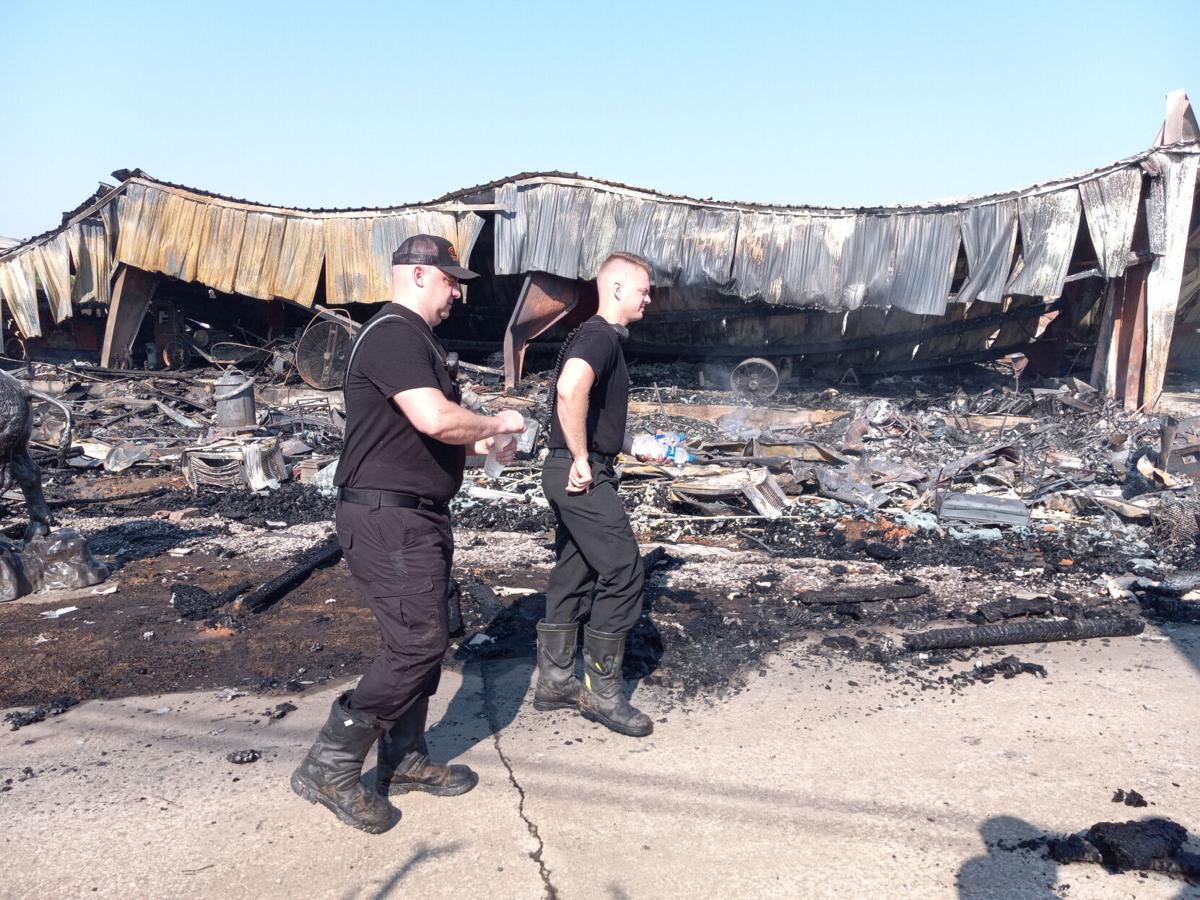 Muskogee firefighters quench their thirst after putting out a fire at McClain's Furniture early Friday morning. 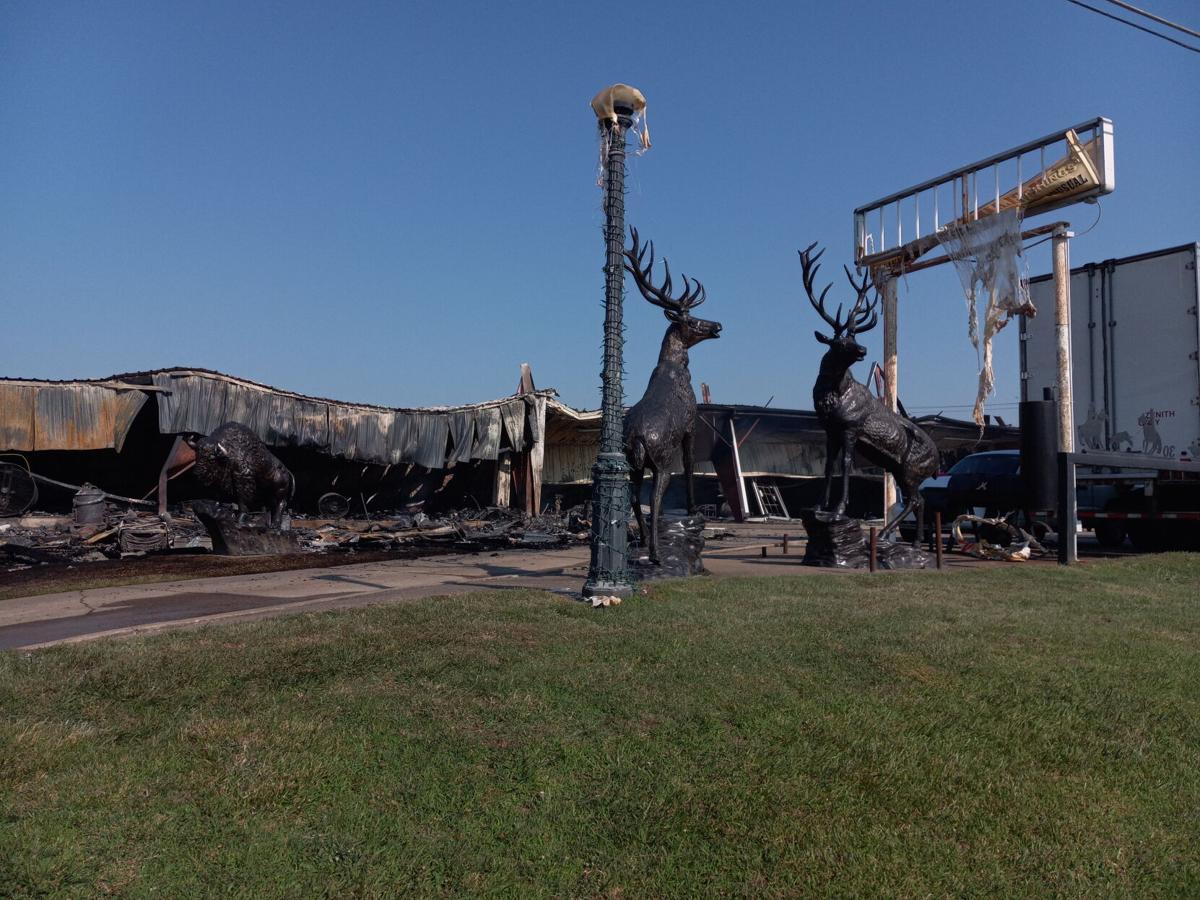 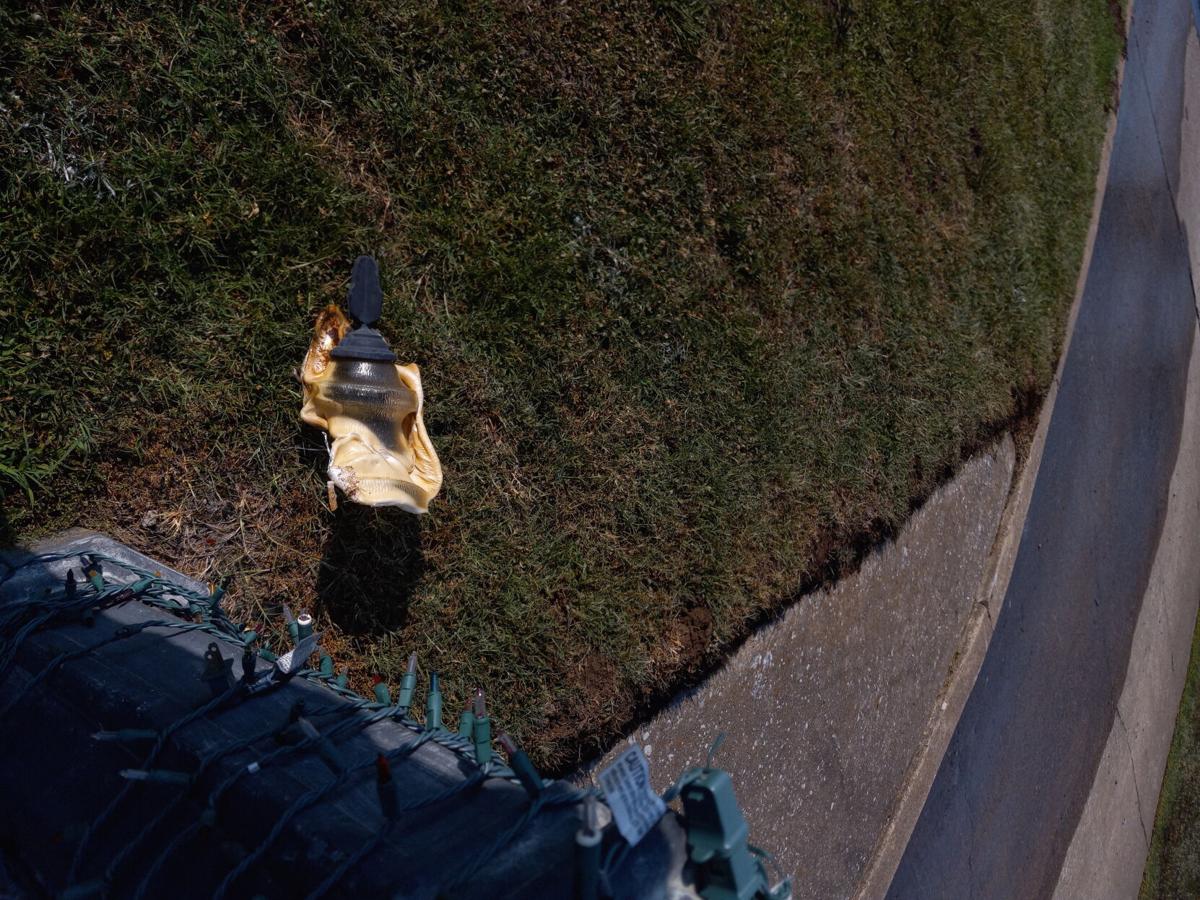 A yard lamp is melted and disfigured after a fire at McClain's Furniture early Friday morning.

Muskogee firefighters quench their thirst after putting out a fire at McClain's Furniture early Friday morning.

A yard lamp is melted and disfigured after a fire at McClain's Furniture early Friday morning.

"They had the fire pretty much under control by the time I got here at 4:45," he said, adding that Muskogee Police Department was out there most of the time.

Fire crews remained at the scene, extinguishing hot spots until at least 9 a.m.

Haley said nobody was in the building at the time.

"Nobody was injured, we did have one fireman get checked out on the scene," Haley said. "Everyone was fine."

Haley said he expects to spend all day seeking to determine the cause.

"We're literally at the beginning stages of it," he said about the investigation. "I am still documenting the whole scene. That way I can place it all together and I'll have around 500-600 pictures when this is done."

While firefighters were working at McClain's Furniture, crews responded to another structure fire in west Muskogee, Haley said.

McClain's has been known throughout the region for its antiques and fine furniture. Its bronze wildlife and animal sculptures were landmarks along U.S. 69.

On Friday, the bronze sculptures seemed to be all that was left of the building. Panes on decorative street lamps, and the store's front sign were melted and disfigured.

"This place has been here as long as I can remember," Haley said. "It's a staple here in Muskogee. It had a ton of antiques, even modern furniture. There was a Model T in there. It's depressing to see so many things in there destroyed so fast."

Haley said fire crews did a good job putting out the intense fire.

"They normally are pretty aggressive when they come on scene," he said. "There are huge girder beams that just twisted down like they were nothing."

A deliveryman with Zenith Freight Lines, who did not give his name, said he saw firefighters when he arrived to deliver furniture at 8:18 a.m. Friday.