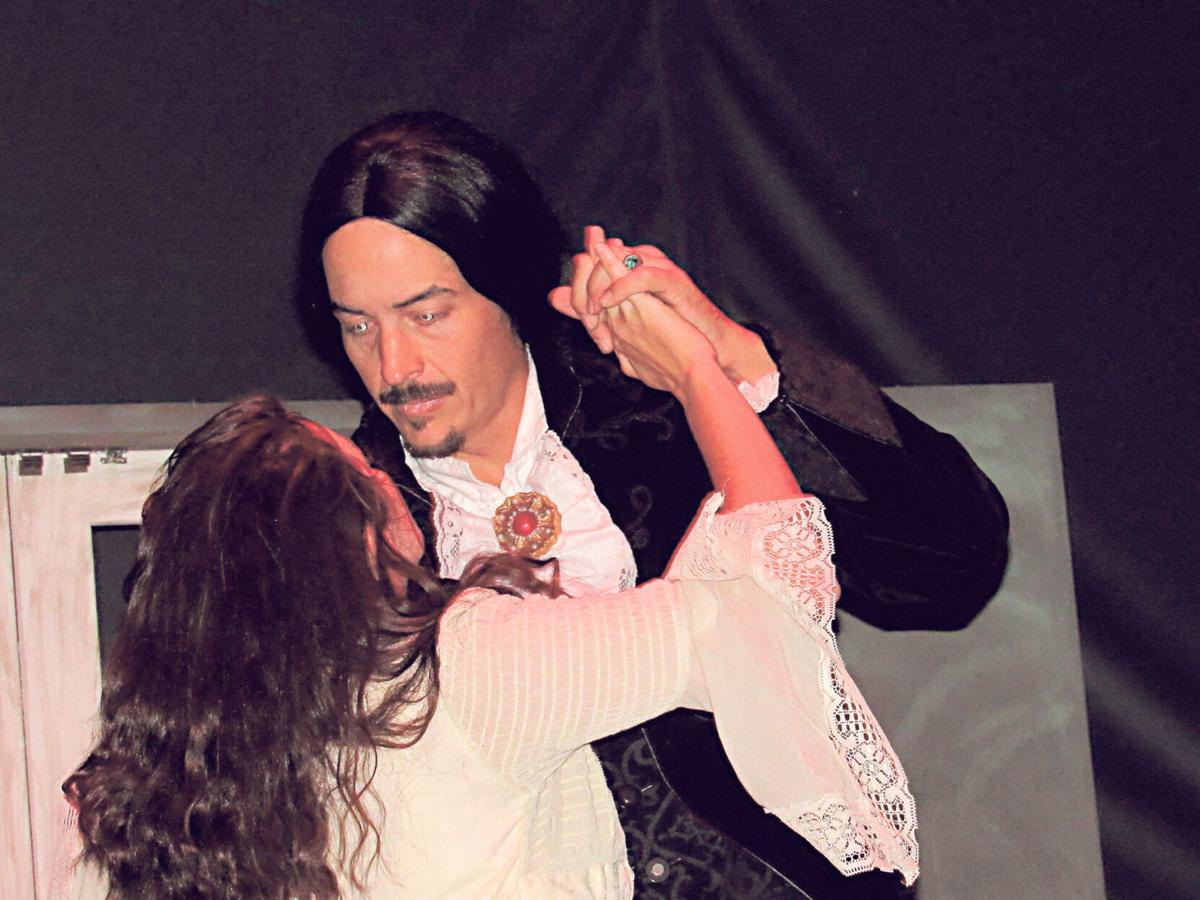 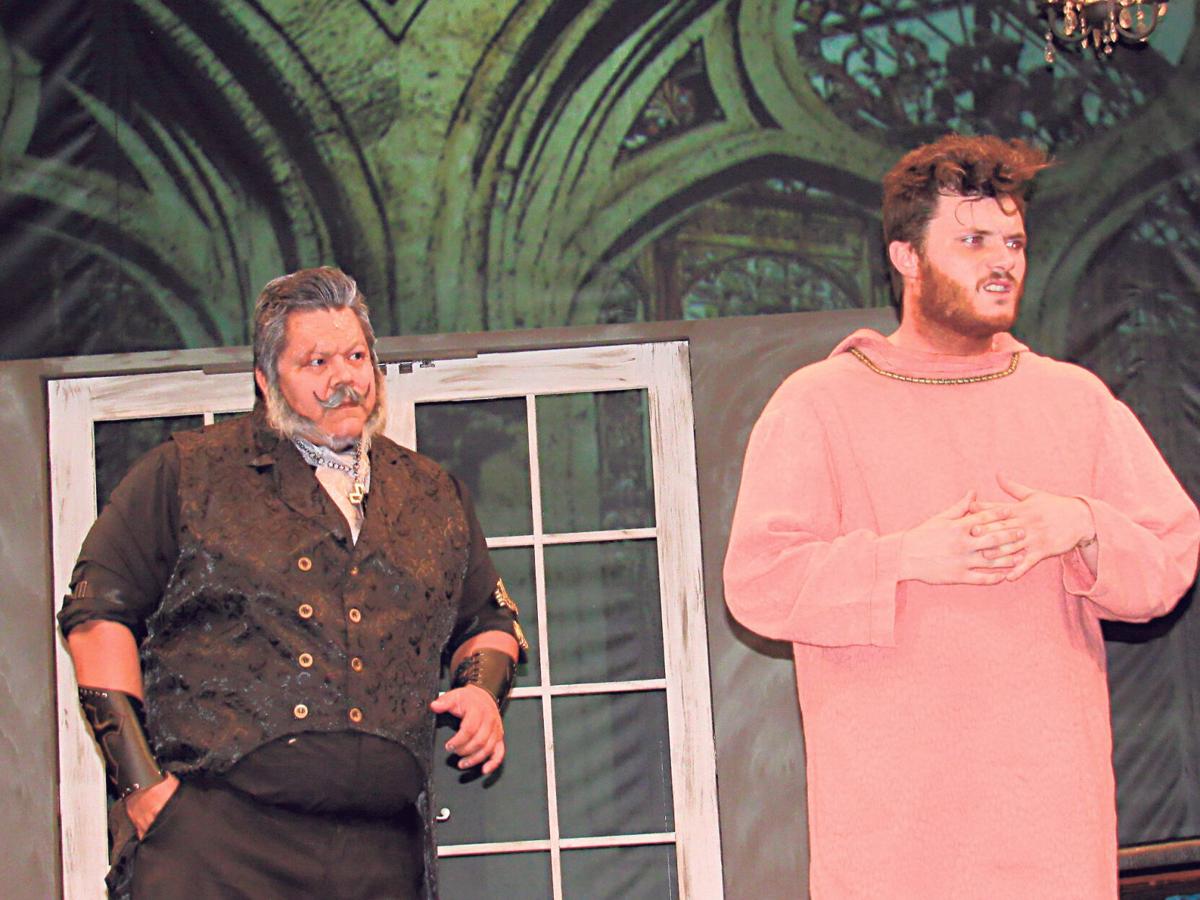 Van Helsing (Tommy Cummings, left) doubts that Robert Reinfield (Tanner Morton) is who he claims to be in the Muskogee Little Theatre production of “Dracula.”

Jeremy Sheldon said he seeks to “suck in all the right ways” in Muskogee Little Theatre’s next production.

This Dracula isn’t the slicked back matinee star one might expect.

“As the years keep coming, there are the reiterations and the re-imaginings,” Sheldon said. “With a person like him, you’re going to get quite an imagining.”

Director Doobie Potter said she uses an adaptation from the Actor’s Theatre of Louisville, Kentucky. She said the theater presents it each year to packed audiences.

“It’s going to be very scary and very sensual,” Potter said. “It’s not going to be haunted house scary, because there’s nothing glorified about Dracula. He gets pleasure in victimizing people and corrupting people. His violence toward women and his meanness toward women is very obvious in this production.”

As a result, the play will be for mature audiences, she said.

The play does feature third-grader Brooklyn Bracken of Fort Gibson, who said her part is scary.

“In the beginning, I play a regular human,” she said. “The first scene of Act 2, Mina bites me and I turn into a vampire. I kind of hiss at people, and I chase people with a stake and I actually stake them.”

She said she thought the play was scary when she started rehearsals.

“But now I know everybody, and I know what’s going to happen,” Brooklyn said.

Potter said the production will present more of the classical Dracula than the movie Dracula.

Sheldon said he’s “searching his depths and animalistic traits, and what makes the demon burn that is Dracula.”

However, he said he didn’t have to dig too deeply.

“I just used my imagination,” he said. “You let the wheels spin how they want to and not have to stay within the boundaries of a real person.”

Dracula isn’t the only monster.

“There are many creatures of the night,” said Haden Epperson, whose character is simply The Monster.

“I have been a fan of the horror genre for a very long time, and I used to host my own horror movie events,” he said. “I would show classic movies at the Roxy or the Dream theater. It was usually films.”

“It’s like you’re in a movie theater and you don’t know where the sound is coming from,” she said. “You’re just surrounded by the sound.”

She said she seeks to “break down the fourth wall and make the audience feel they’re in the middle of everything.”

“We’ve been gifted with a really good creative team all around,” Sheldon said. “Everyone has their own creative input.”

Early scenes include Dracula dancing seductively with Mina Grant, played by Sheldon’s wife, Jessica Holloway. He said this is one of the rare times they perform together at MLT.

“I will say it is first rate and well-researched,” Sheldon said about the seduction. “It’s a very special, touching moment I get to share with her, and it’s even more magnetic to grasp.”