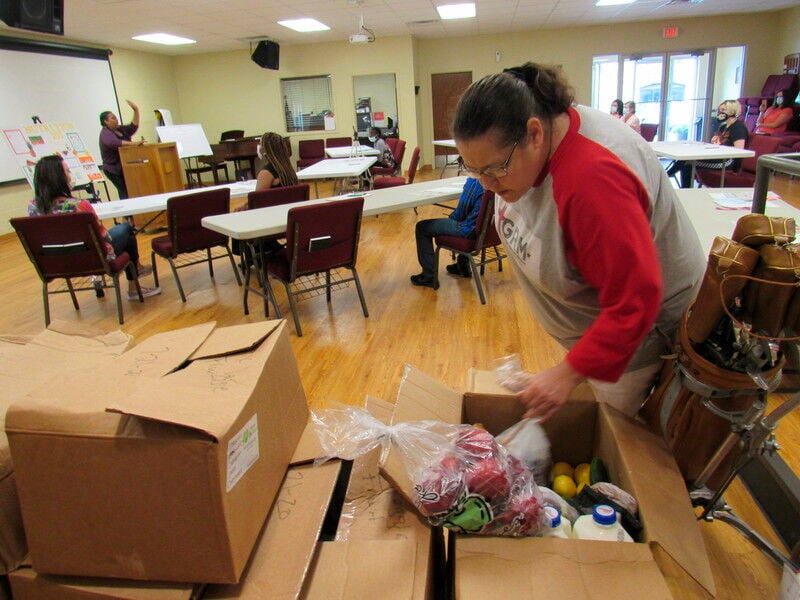 Gospel Rescue Mission Volunteer Coordinator Charolette Sanders inspects food boxes during a nutrition class held at GRM on Friday. The boxes and bags were distributed after the class. 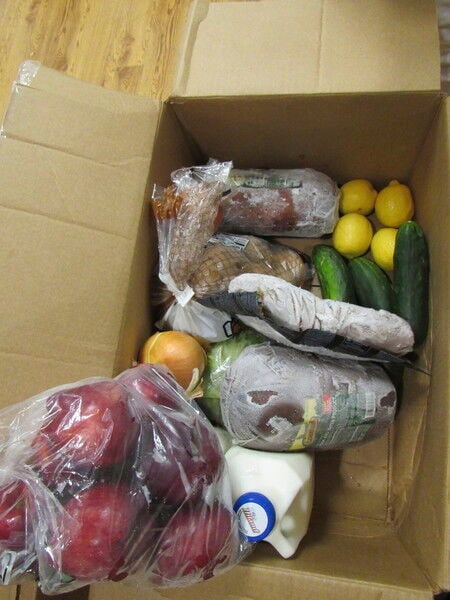 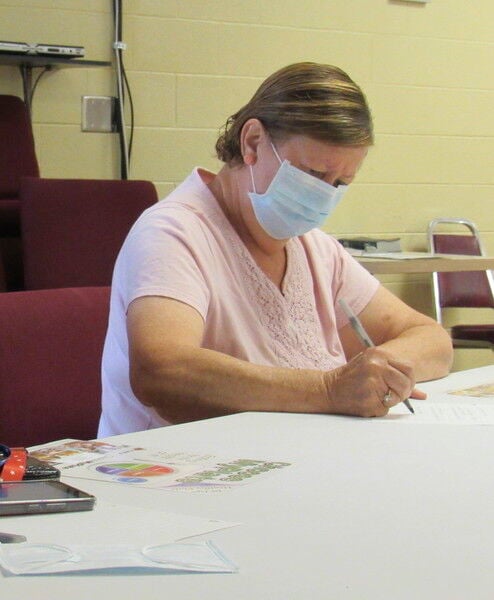 Norma Sauer takes notes during a Friday nutrition class at Gospel Rescue Mission. The class was put on by the Oklahoma Cooperative Extension Service. 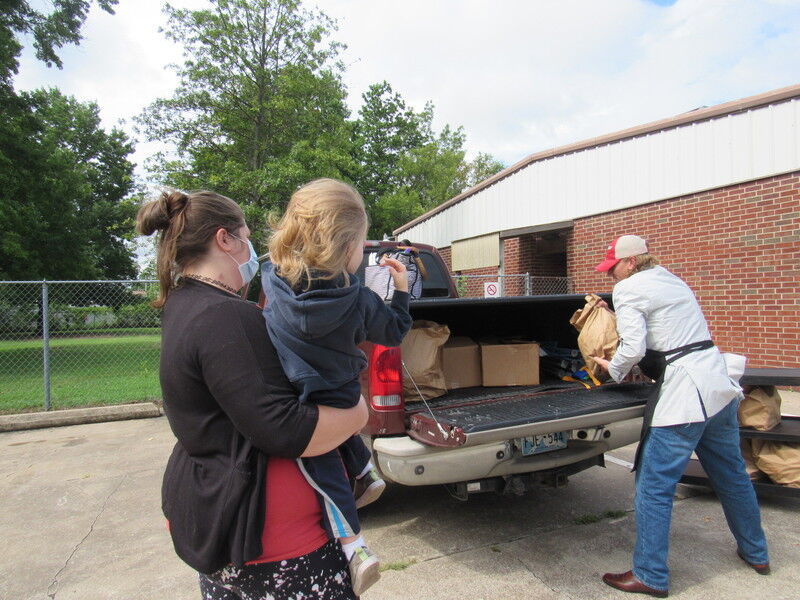 Daniel Sherbourne loads boxes into a truck bed after a nutrition class at Gospel Rescue Mission. A class participant watches with her son.

"Some things I didn't realize, even having been a cook," Sauer said. "The serving sizes, I kind of already knew, and how we should have 1,200 milligrams of calcium a day, I wrote that down. A lot of info."

Class participants also received healthy helpings of food, so they could try the tips at home.

"This body is the only one we get as we're traveling through this world, right," she said as class members responded.

Carter-Brown said MyPlate typically is based on 2,000 calories a day. However, the amount of calories a person should consume depends on age, gender and physical activity level, she said.

MyPlate is divided into four quarters plus a "glass" for dairy products.

Half that plate should be fruits and vegetables, preferably vegetables, Carter-Brown said. Two and a half cups of vegetables is the recommended amount.

Carter-Brown stressed the value of plant-based foods, including plant-based proteins such as nuts, seeds or beans.

"Plants are living things that give life," she said. "Animals are what you eat when they're dead."

She also stressed the value of whole grains, such as whole oats, quinoa, brown rice, even popcorn.

Meats should be eaten in moderation, she said. The six ounces of protein is recommended for a 2,000 calorie-a-day diet, she said.

"So, if you have a six-ounce steak for lunch, you already overshot your protein," she said.

Sauer took lots of notes. She said she received an invitation on her smartphone.

"There had been a food giveaway, so I got sent a message through Messenger telling me about today, so I signed up, me and my friend."

Schaus said GRM plans to have other lifestyle classes, such as marriage, exercise or parenting classes, but have not scheduled them yet.