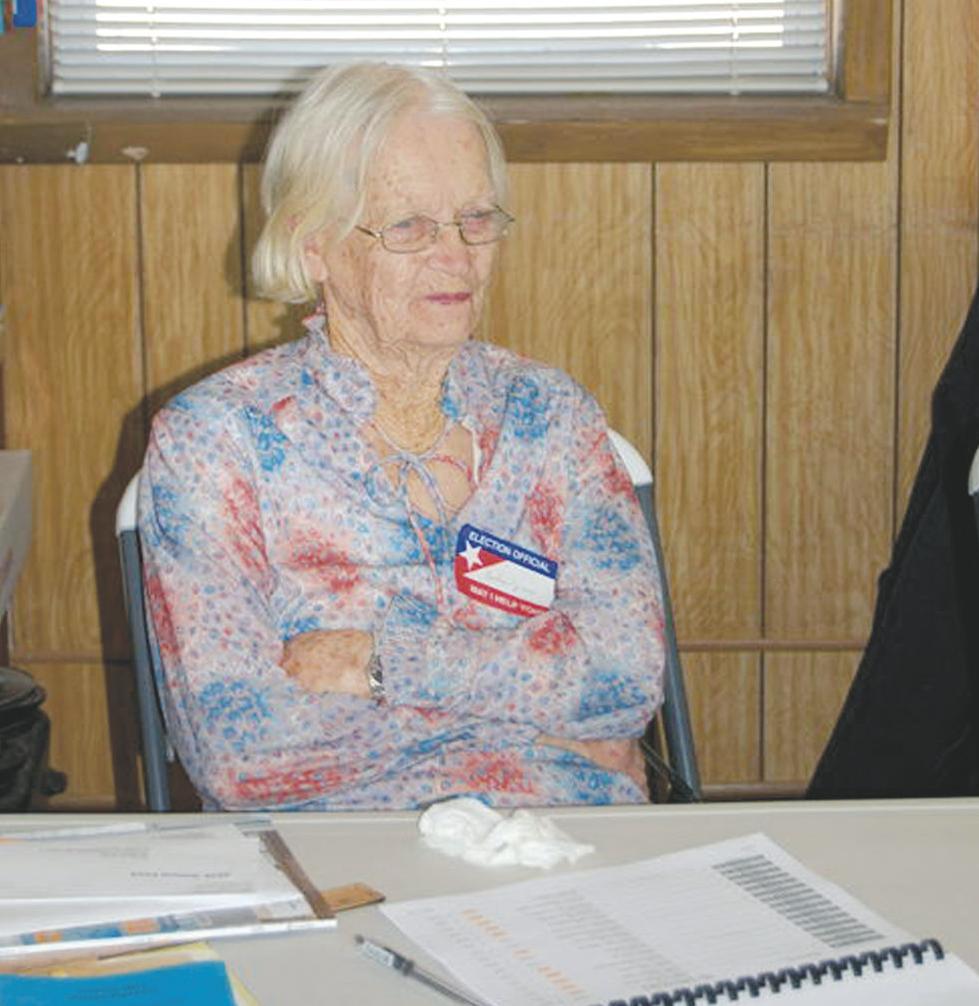 Evelyn Jones sits in front of her voter registration book that she uses to check in voters. Jones, 95, has worked so many elections that many of the Lincoln County voters she serves are surprised that they still need to present a photo identification card. 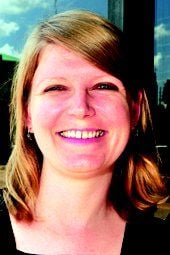 Evelyn Jones sits in front of her voter registration book that she uses to check in voters. Jones, 95, has worked so many elections that many of the Lincoln County voters she serves are surprised that they still need to present a photo identification card.

AVERY — Harry S. Truman was running for a second term as president when Evelyn Jones worked her first election.

The voting age was 21, most polls were inside houses or garages, and poll workers used string to track ballots — an obscure concept in today’s electronic era.

Jones, 95, is modest and says she doesn't know how many elections she’s worked in the 67 years since.

Colleagues say the Cushing woman has missed only one — and that was an excused absence because she had to care for her sick husband.

Given that most Oklahoma counties have as many as four elections each year, it's a safe assumption that Jones has taken her seat in a hard folding chair at the polls at least 260 times.

She's spent more than 3,300 hours ensuring that Oklahomans can vote in her rural Lincoln County precinct, which boasts a turnout of 80 percent in general elections.

Jones knows the names of pretty much every voter at the small Lutheran church surrounded by dirt roads, with its lone polling booth. Voters are often floored when, as required by law, she asks to see ID.

As the years pass, Jones can’t help but notice that many of her longtime poll-working colleagues are retiring or dying, and that her county election boss is having trouble finding replacements.

The vast majority of Lincoln County’s poll workers are older than 60.

“I know in the state of Oklahoma, when we talk to county election board secretaries, that is usually right at the top of their list of issues or concerns," said Paul Ziriax, the state’s election secretary.

Why other generations haven’t stepped up is a mystery, although it may have something to do with how much Oklahoma pays its poll workers.

The Legislature sets the same rate for workers in every polling place.

The inspector — the precinct's top official — makes $97 plus mileage. But that also requires taking time to drive election materials to and from the county election offices.

The state hasn’t raised the pay for poll workers in a decade.

Ziriax has asked lawmakers to consider raises of $10 to $15 per day, but he isn't hopeful given an expected $600 million budget shortfall.

Such a move would have an “enormous fiscal impact" of hundreds of thousands of dollars a year, he said, given the requirement that at least three workers staff each of the state's roughly 1,900 precincts. The burden wouldn’t only fall on the state, but also on local governments who foot the bill when state or federal issues aren’t on the ballot.

Pay aside, the difficulty recruiting poll workers may also reflect a shift in ideals, Ziriax said.

The civic pride of working elections used to pass from generation to generation, but that’s no longer the case in many communities, he said.

“I think if you also look at newer retirees, I don’t think they’re stepping up at the same (rate) as previous generations have,” he said.

Willa Jean McEntire of Agra didn't need convincing. She wasn’t even of legal voting age when she worked her first election 64 years ago. But she was hooked, so much so that she required the insurance company that eventually employed her for 50 years to allow her to take off every Election Day before she agreed to work there.

“I must be more weird than I thought,” joked McEntire, now 83.

Contrary to public opinion, McEntire, who is now a poll inspector, occasionally leaves the community.

In 2001, she got dressed up and drove more than an hour to the state Capitol to receive a plaque in recognition of her 50 years of service. It was supposed to be awarded before lawmakers.

But she was snubbed. When she arrived, there was no ceremony because her locally elected representative was absent.

Ironically, these same representatives were only elected because precinct workers like McEntire were running the polls.

“I was really disappointed,” she said, adding that she got her plaque but no ceremony.

She said there are new plans in the works to honor longtime poll workers at the Capitol.

Janelle Stecklein is the Oklahoma state reporter for CNHI’s newspapers. Reach her at jstecklein@cnhi.com or on Twitter at @ReporterJanelle.