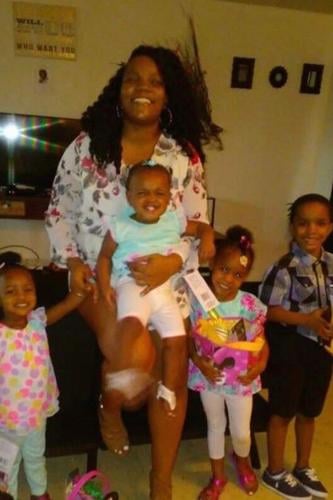 Brittany Anderson is shown with four of her five children. The four children were shot and killed while Anderson was critically wounded. Jarron Deajon Pridgeon was formally charged in the shooting. 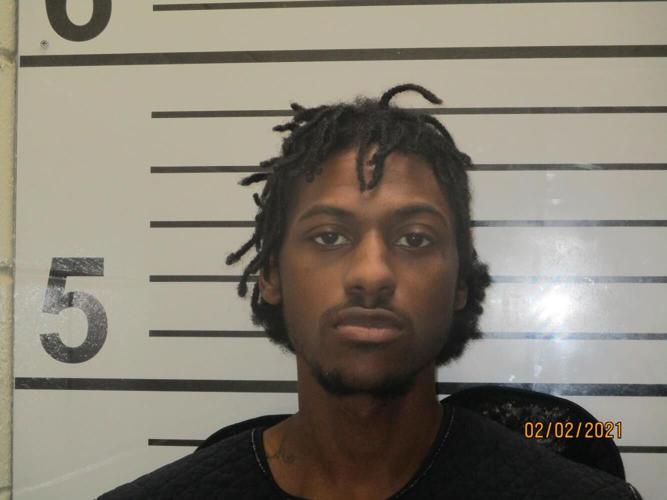 Brittany Anderson is shown with four of her five children. The four children were shot and killed while Anderson was critically wounded. Jarron Deajon Pridgeon was formally charged in the shooting.

Muskogee Police released audio from a 911 call initiated by the man prosecutors charged with six counts of first-degree murder.

The nearly nine-minute call consists mostly of dialogue between a dispatcher for Muskogee County Emergency Medical Service and Brittany Anderson, a 27-year-old mother of five children killed during a Feb. 2 shooting. Anderson told the dispatcher she believed she was dying and expressed concerns about her eight children.

Police said the call was initiated by Jarron Deajon Pridgeon, 25, who was charged in connection to the deaths of five children — he reportedly is the father of three. Prosecutors also charged Pridgeon with shooting Anderson, intending to kill her.

The audio provided by police after the Muskogee Phoenix successfully challenged the state's efforts to keep it sealed, Pridgeon sounded calm. He told the dispatcher an ambulance was needed before handing the phone to Anderson.

Later in the conversation, a man's voice affirmed the attacker's presence after Anderson failed to respond to the dispatcher's inquiry. When asked about her attacker's identity, Anderson said she could not say.