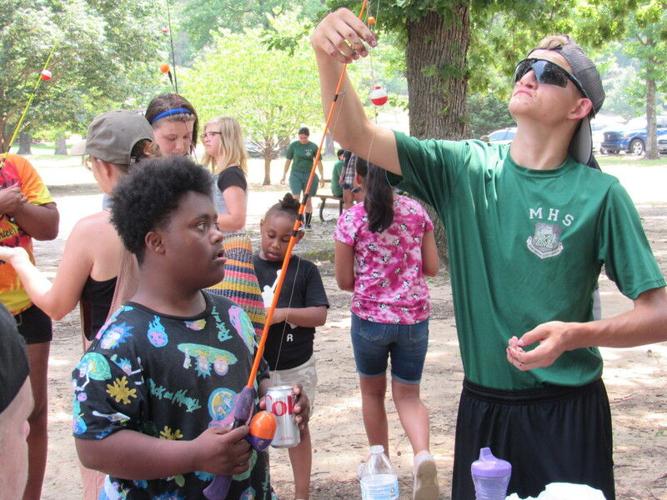 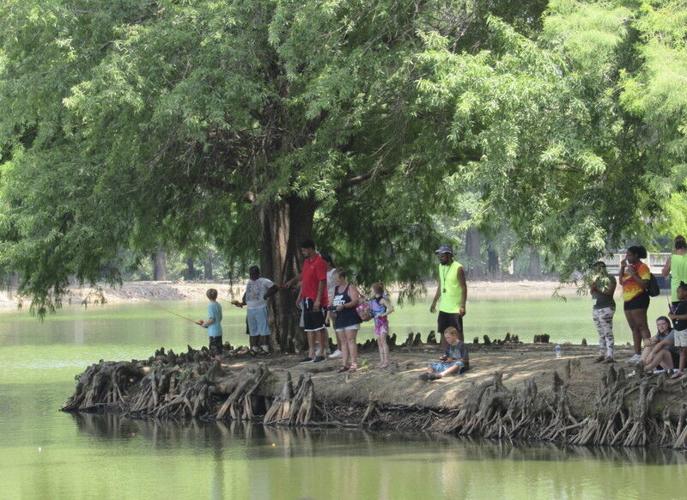 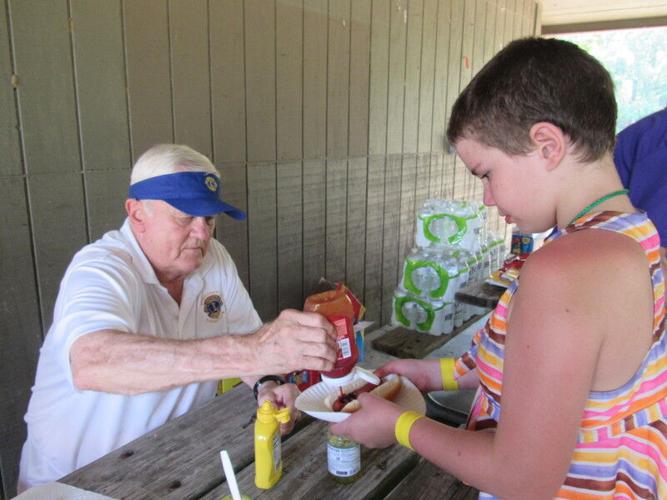 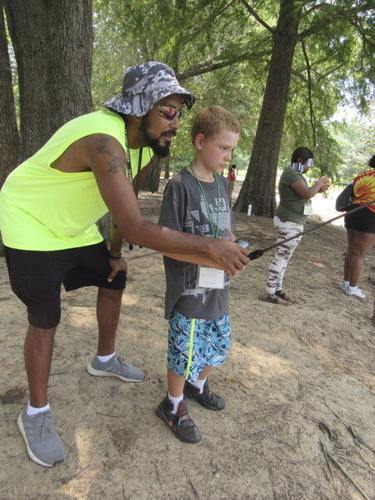 Noon heat beat down as the campers stood along the banks of an Honor Heights Park pond.

"I am so surprised they're catching fish," Camp Director Susan Garland said, noting the heat.

Garland said the fishing derby is held each year for the campers.

"We love it," she said. "We have community helpers out here. Lots of people from the community show up. We have ROTC here, they're putting worms on the lines. YVC (Youth Volunteer Corps) kids come and help. The Police Department gave us an escort. Just people in the community."

The day camp, for special needs Muskogee Public Schools students from second through 12th grades, runs for three weeks each summer. Garland said this is the first week of the session. A camp for adults with special needs runs for two weeks, she said.

Garland said about 60-65 student campers are in this session, which runs through July 7. The camp, located on Agency Hill, offers different classes including music, art and crafts, science and nature, recreation.

Field trips, such as the fishing derby, also are a big part of the camp.

"This year, we've focused a lot on mental and social wellness," Garland said. "Because of the pandemic, they're behind. They're delayed in their social skills. We want to push just having good friendships and good involvement, going out and doing fun things. We're just wanting them to have more."

Lantz Kemp, an instructor at the 6th and 7th Grade Center said he "came to help the kids out."

Most of the campers came to the fishing derby.

"They eat, fish, and then we're going to run through the sprinklers and cool off before they get back on the bus," Garland said, referring to the Honor Heights splash pad.

A camper named Claudia caught a fish, but had trouble reeling it in when the line snagged on a branch. A little jiggle and the line came free. Like all the others, the fish was released back into the pond.