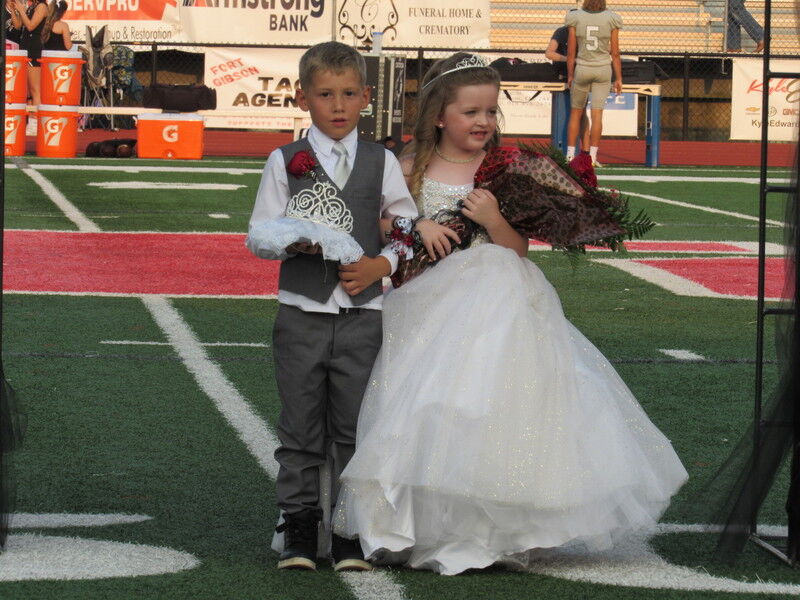 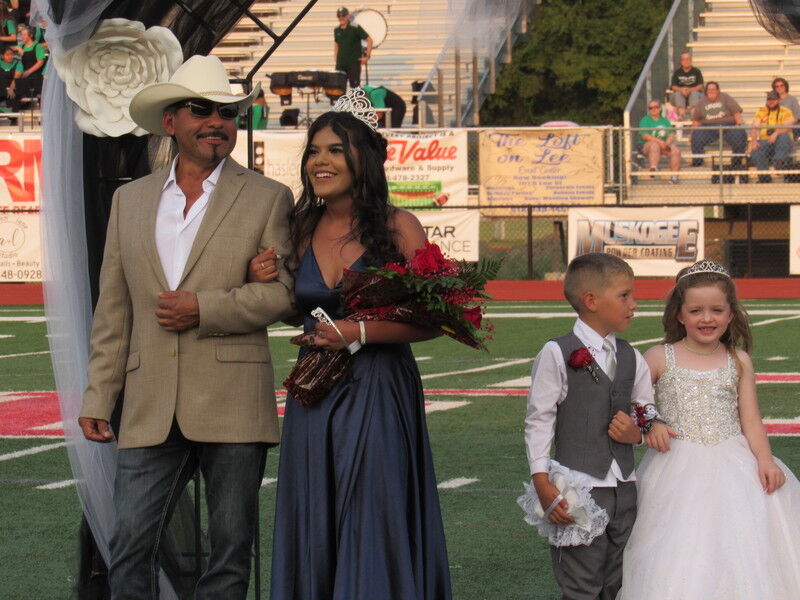 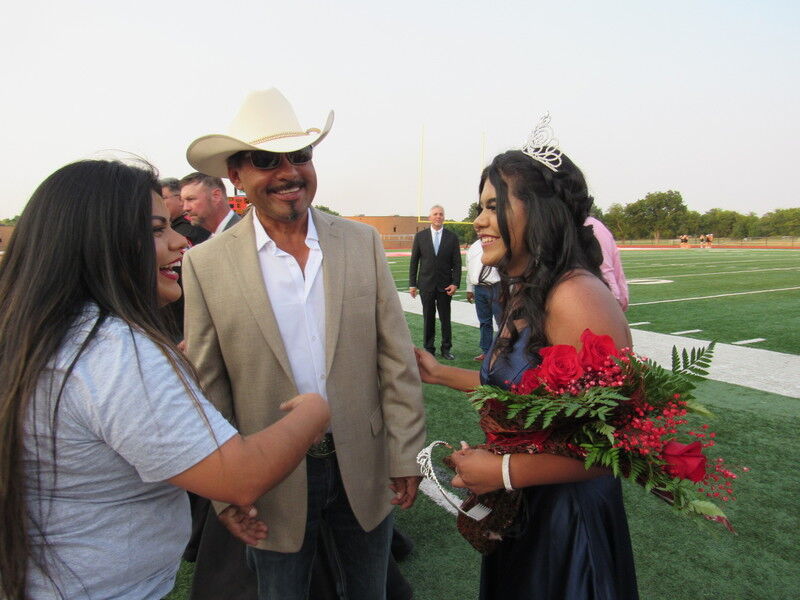 Blanca Macareno, left, congratulates her "baby cousin" Emily Sandoval for being crowned Fort Gibson homecoming queen after a Friday evening ceremony. Between them is Sandoval's father, Genaro Sandoval, who escorted and crowned the queen.

Blanca Macareno, left, congratulates her "baby cousin" Emily Sandoval for being crowned Fort Gibson homecoming queen after a Friday evening ceremony. Between them is Sandoval's father, Genaro Sandoval, who escorted and crowned the queen.

"I woke up pretty early and I came to band practice in the morning, then I went home and straight to my hair appointment," Sandoval said. "I got my hair done, but I did my own makeup."

She looked fine as her father, Genaro Sandoval, escorted her along the 50-yard line during the coronation ceremony. The ceremony, which featured 27 organization queens in various colored gowns, was held before the Fort Gibson Tigers game against the Catoosa Indians.

As the Band Queen, Emily Sandoval smiled broadly when her name was announced as homecoming queen. Her father changed the small band tiara with a taller tiara.

"I wasn't expecting it at all, but I'm happy I did and I'm thankful," she said.

Sandoval, a member of the Royal Regiment color guard, said she expected to wear her homecoming gown throughout the game, even during the band's halftime show. Other color guard members dress like Snow White's evil queen during the halftime routine.

The homecoming queen was deluged with hugs after the coronation.

Genaro Sandoval, who works at OG&E, said he feels very excited for his daughter. He said he knew his daughter was excited.

The Fort Gibson homecoming ceremony announcer said Emily Sandoval plans to major in marketing in college. She plans to have a make-up artist business.