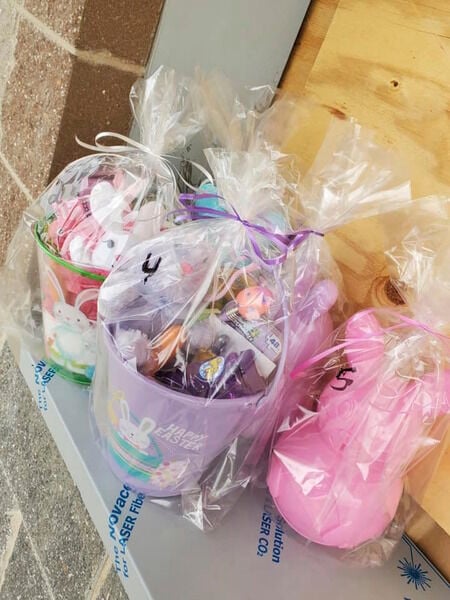 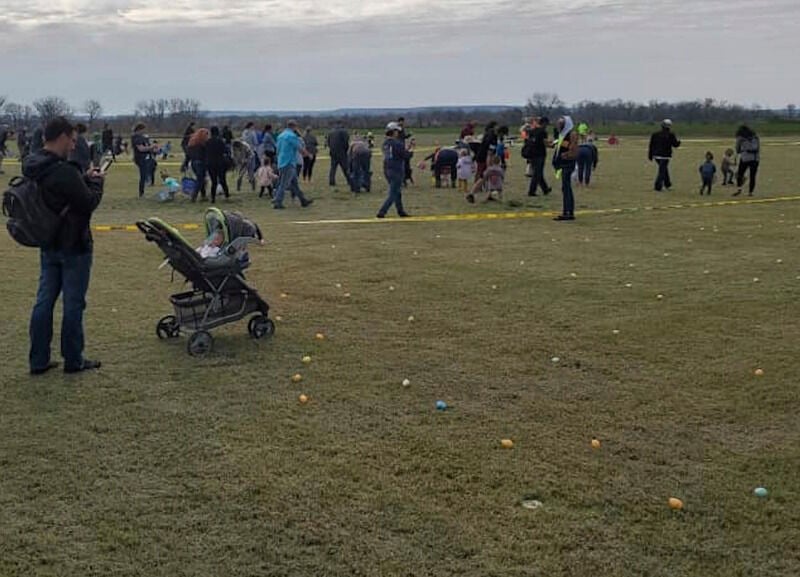 Youngsters scramble across a soccer field Saturday during the Fort Gibson Chamber of Commerce Easter egg hunt. All 6,000 eggs were found.

Youngsters scramble across a soccer field Saturday during the Fort Gibson Chamber of Commerce Easter egg hunt. All 6,000 eggs were found.

"A lot of parents that I talked to were very excited that we were able to have it this year," said Fort Gibson Chamber of Commerce Executive Director Kim Martin.

Concern in the early part of the COVID-19 pandemic prompted the 2020 hunt to be canceled.

Martin said 6,000 plastic eggs were distributed into five sections, with 1,200 in each section.

Martin said the Chamber didn't do a headcount on the exact number, "but there were quite a few people there."

The chamber's next community event will be the monthly Centennial Park Market and Craft Fair on April 24.

Martin said she "couldn't have asked for a better crowd" than the one that showed up on March 26.

"There were so many people there who were having a great time," she said.

To see a video of the Fort Gibson Easter egg hunt, go to https://www.facebook.com/FortGibsonChamberOfCommerce/videos/1152155395205864