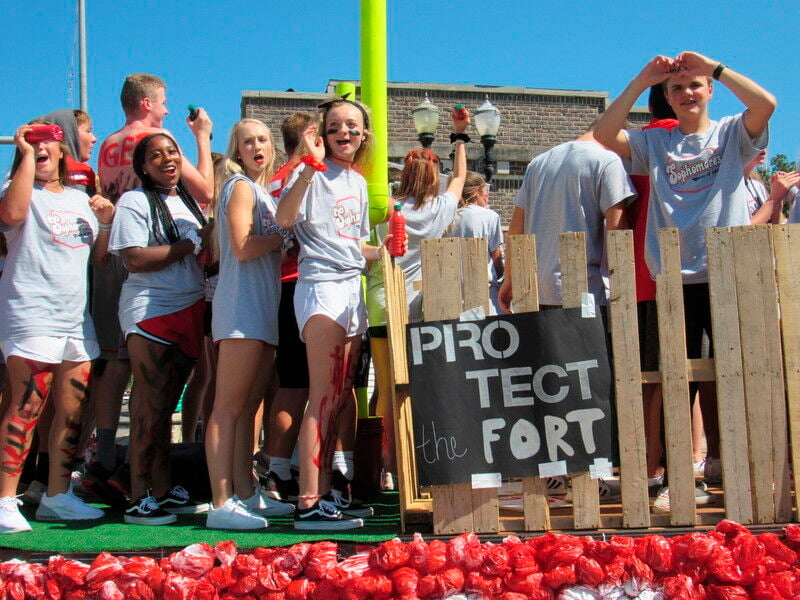 Classmates gather on a float during the 2019 Fort Gibson Homecoming Parade. This year's parade through town has been canceled, but a smaller procession and ceremony will go on Friday. 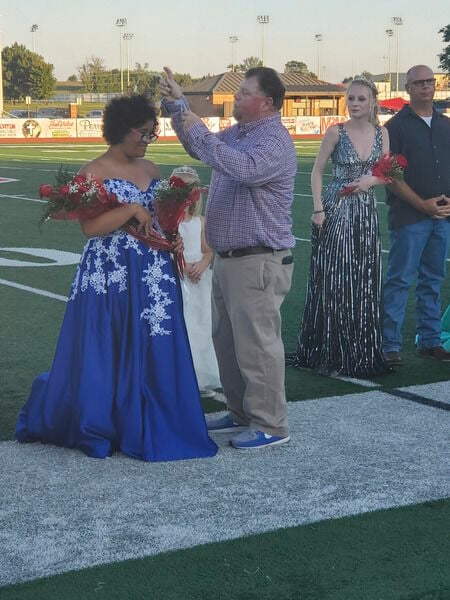 Classmates gather on a float during the 2019 Fort Gibson Homecoming Parade. This year's parade through town has been canceled, but a smaller procession and ceremony will go on Friday.

"Implementing procedures to effectively mitigate the spread of COVID-19 have definitely altered our homecoming festivities," Fort Gibson High School Principal Ben Pemberton said. "Due to the fact that we must socially distance our students and staff to the greatest extent possible, we have decided not to have our traditional homecoming parade."

Pemberton said past parades involved about 30 floats winding their way through Fort Gibson. An all-school pep assembly would follow inside Harrison Field House.

The school will have its afternoon ceremony 1:30 p.m. Friday at the football stadium, he said.

The ceremony will feature a mini-parade around the stadium track, Pemberton said.

Each high school class — freshman, sophomore, junior, senior — will have a small float consisting of a Gator utility vehicle pulling a decorated trailer, no larger than eight feet. The procession also will feature the band, football team, then the cheerleaders.

"Then the students will join their respective classes in the stands," he said.

Parents of the homecoming court will sit in the center section of the home bleachers, he said.

"These seating arrangements will allow us to socially distance students and staff to the greatest extent possible in an open air environment," Pemberton said.