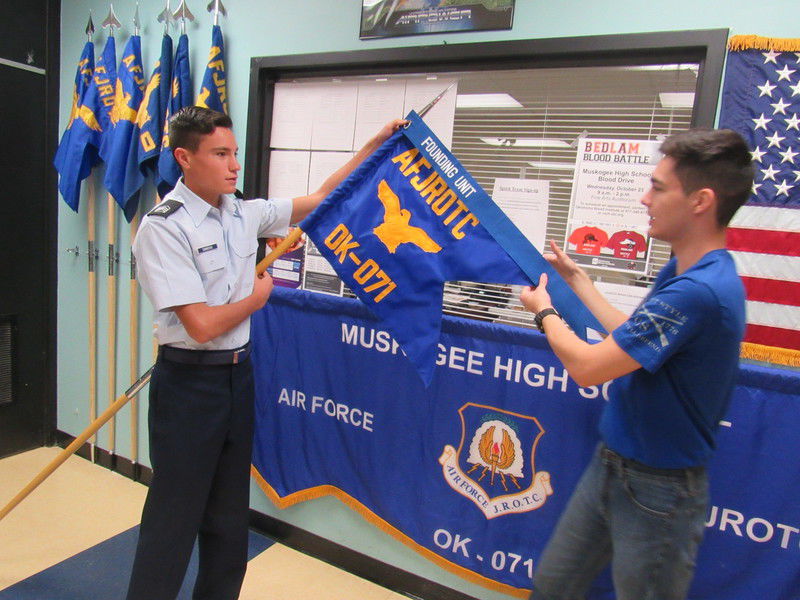 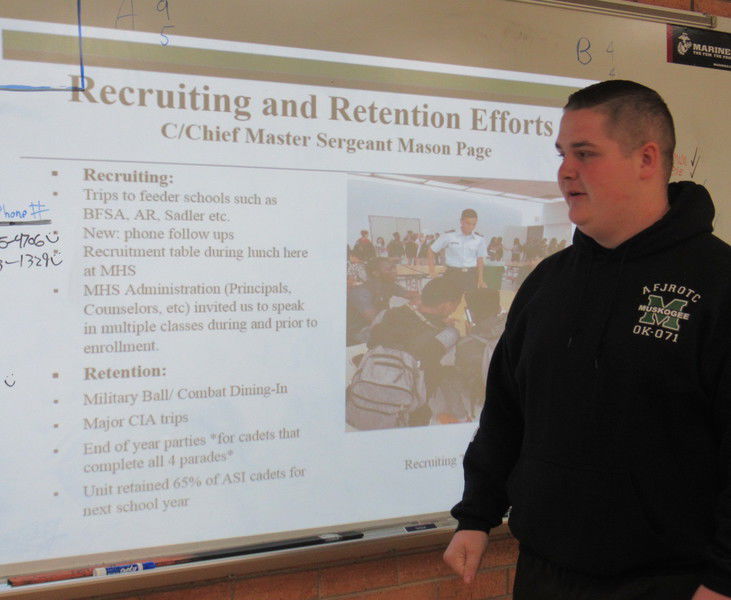 Triplett said exceeding standards is the highest possible rating the program hands out. He said the rating puts the program in the top 5 percent of all programs.

That's better news than what the unit was told last February, he said.

"If we did not make our numbers by October for viability — because we have been on probation for so many years for not having viability — we were going to be shut down," Triplett said.

In 2018, Air Force Jr. ROTC officials said the MHS program did not have enough cadets to meet minimum viability requirements for the previous three years. Officials said a school as big as MHS needed at least 100 cadets to keep the program viable. There were 55 at that time.

Last February, the program was told it needed 100 members by Oct. 10 to stay open. At the time, the program had 56 cadets.

"These cadets worked their tails off since then to help recruit and retain our cadets," Triplett said.

The unit had 105 cadets by October.

Page said they followed up the visits by calling interested students.

"We'd call up potential cadets, or text them, let them know we're still interested," he said.

Cadets also set up a recruitment table at MHS during lunch and met with MHS administrators, teachers and counselors.

Page said they worked with school officials "on getting us more visible to the kids."

The unit also got involved with the community.

"We went to Gospel Rescue Mission to give out food," Crosby said. "We cleaned up our own campus and went to the highway to pick up trash. We went to Camp Bennett to clean up their cart and painted their parking lot."

Crosby said he and other cadets felt nervous before they received news of their status.

"It was an emotional experience because there are a lot of cadets who have been here a long time," he said. "It means so much to go from barely viable to "exceeds standards."

"We just wanted to make sure headquarters knew," he said.

Triplett said the MHS unit will receive a certificate noting its status.

If the unit keeps numbers up through February, it could earn a streamer declaring "Distinguished Unit With Merit," Crosby said.

"They have a threshold of community service we have to accomplish and once we accomplish that and maintain our 100 kids, we will earn 'Distinguished Unit With Merit.'"