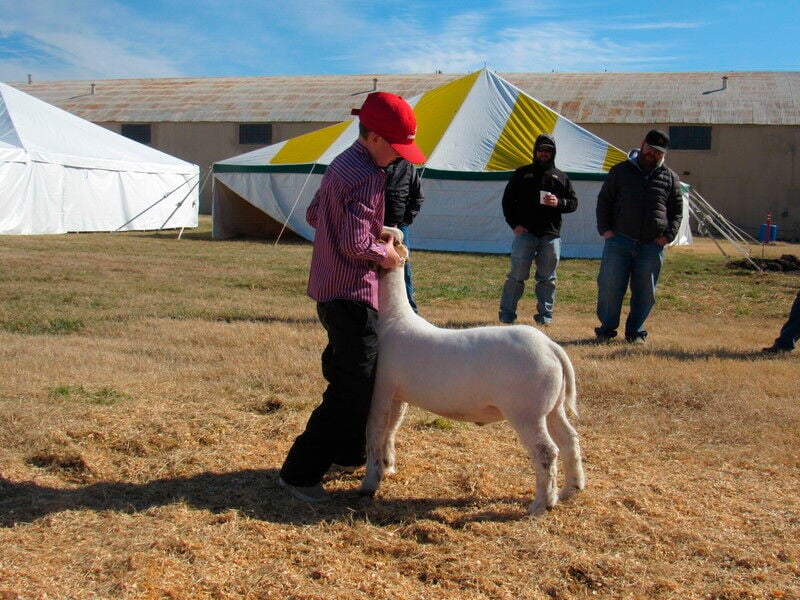 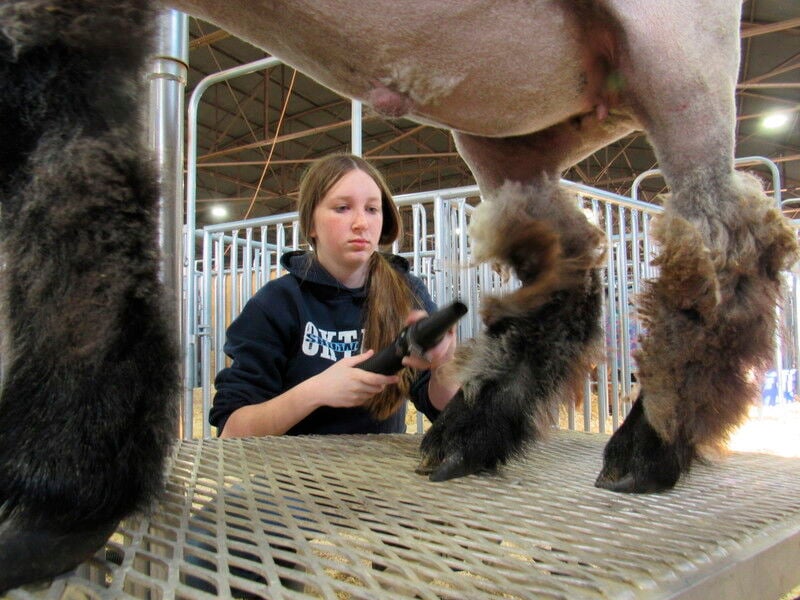 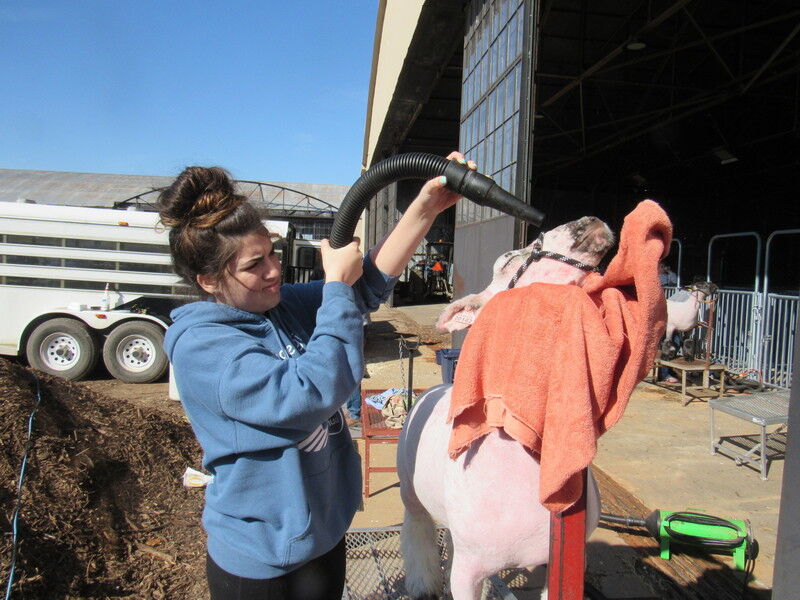 Vo-ag instructor Tyler Boles said he wanted them "to get in the right kind of mindset."

Hundreds of Muskogee area youth are preparing their minds and their animals for the Muskogee Regional Junior Livestock Show, which runs Monday through March 6 at the Hatbox Event Center.

County shows, such as this week's Muskogee County Show, give 4-H Club and FFA members additional opportunities to prepare for the regional show. The Muskogee County show runs through Friday and concludes at 6 p.m. Saturday with a premium sale.

This is the first year the county and regional shows were held in the 120 feet by 120 feet Hatbox expansion, which opened in October.

"It's been outstanding," Rowdy Fewel, a regional show director, said about the expansion. "It's climate-controlled. It's got restrooms, running water, a larger area."

The 2020 regional show was one of Muskogee's last major events before the COVID-19 pandemic prompted cancelations through the rest of the year.

Fewel said COVID-19 has cut back on the number of family members and fans who come to support the exhibitors.

"But the coronavirus has not cut back on the number of animals, and the number of kids showing," he said. "Those that are involved are still involved."

"I made the county and regional sale every year, but I didn't make the regional sale one year," she said. "It's a constant learning experience."

She spent Thursday morning preparing her speckled-face sheep for the Muskogee County show. The thinnest coating of wool covered most of the sheep's body.

"So the judges can see what's really there. It makes them look nicer," Clay said. "You leave leg wool because you want them to have big, pretty legs. We'll comb it (the wool) out to make it look big."

"You put sprays on them to make them shiny," she said. "The shag, you brush it out like a lampshade, you curve it out at the end."

Burch, who is in her second year of showing, said fluffing the leg wool was one of the main things she has learned since last year. One of her lambs made the 2020 regional premium sale.

"And in the ring, I learned how to brace better," she said. "You have to have a certain stance so the lamb looks better and is pushing against you to show off their muscle."