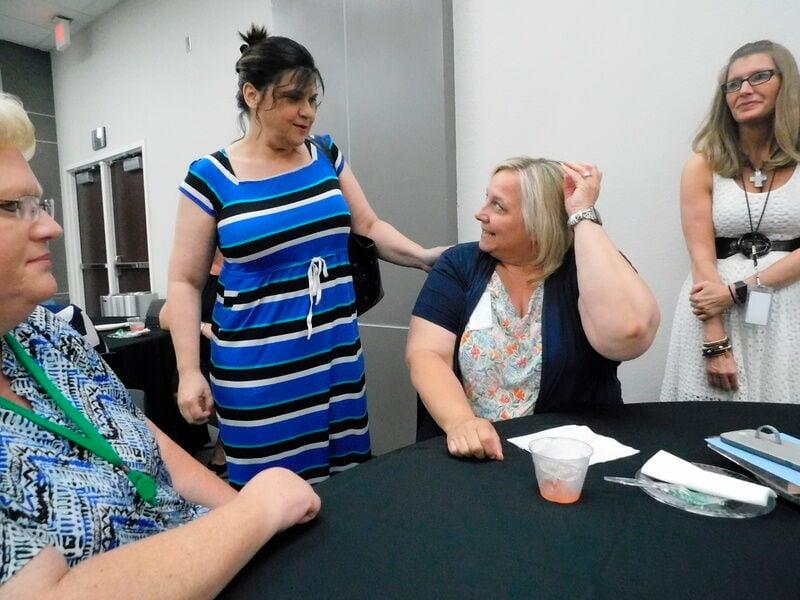 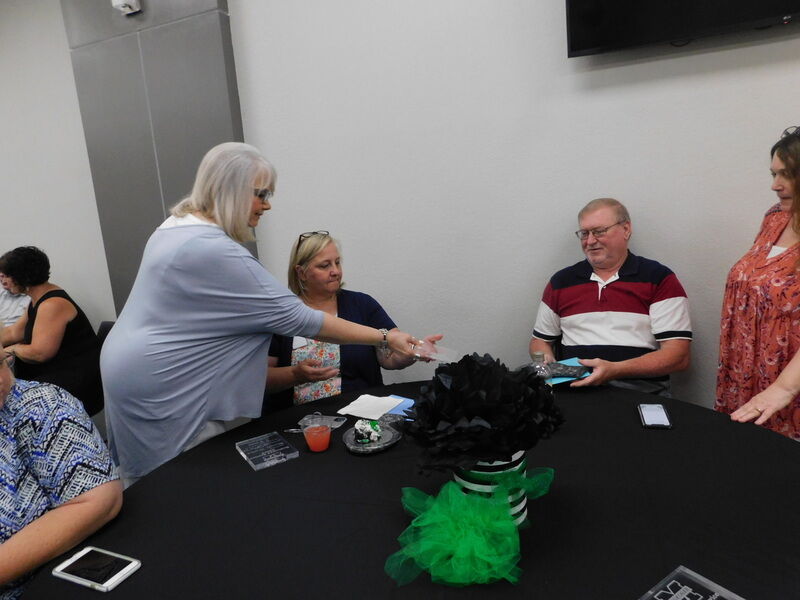 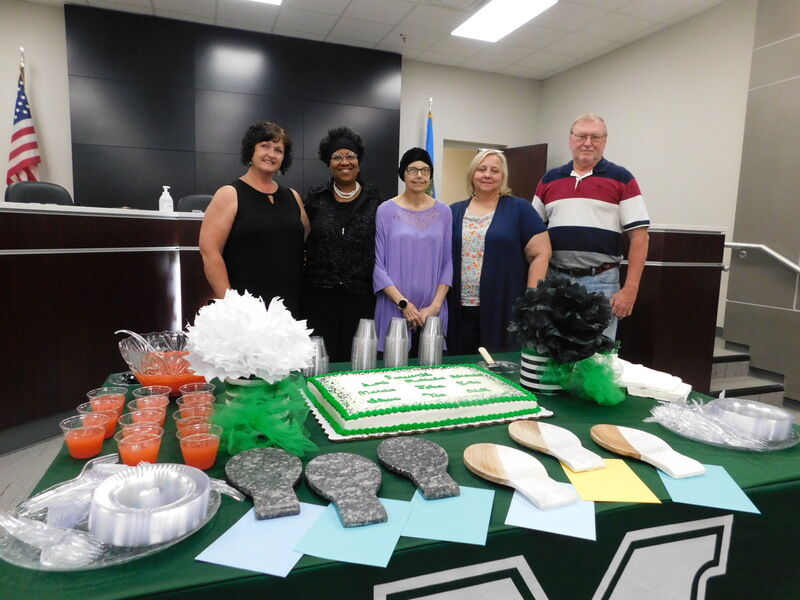 John Little recalled sitting in the same chair for all 38 years he worked at Muskogee Public Schools.

"The whole time — as finance director, business manager," Little said. "The title changes but it was the same job in the same place."

At the end of June, Little retires from his role as MPS chief financial officer. He was one of five administrators and upper level district staff members honored Thursday at a farewell reception, which featured cake, plaques and gifts. Those honored are either retiring or taking a voluntary separation plan.

"When you leave, you're never replaced," he said. "Other people might fill that position, but you're unique in how you've done those positions. We really appreciate the work you've done. You really made a difference."

Little said he came to the district in 1983 "when the assistant superintendent had a heart attack."

"There's always challenges, but it was fun," he said, adding that shrinking enrollment has been the biggest challenge.

"Which makes it hard financially because the money keeps going down," he said.

He said the biggest reward has been helping students, "trying to make sure they get a good education."

Lindsey, who came to Muskogee from Fort Gibson in 2009, said she plans to teach at the college level.

"I think I'm just waiting for God to open my next door," she said. "I'm looking at college teaching, some adjunct teaching, which has been my goal. Maybe some consulting. But my focus will be on God and family for a while."

She said she has nothing in writing from a prospective college, however.

Lindsey had been ECC principal since 2012.

"It's fulfilled my journey to be here, and I know that God had put me here to be with these children and these families, so I don't know if I can identify a challenge," she said. "The positives far outweigh the negatives."

She said the biggest reward "has always been the children, what they learn, what they say, what they do, how they love you."

Jefferson said she plans to take her service into the community.

"I'll probably do some contract work for some different agencies," she said. "Some of the same things I'm doing now, work with families, supporting families with resources."

She said her biggest reward has been the people and the families she could help.

"Loving on the children and focusing on all the resources to help them become the most successful they can be," she said.

Hicks was secretary at Irving Elementary, then worked at the Education Service Center. She said she'll miss her co-workers.

"I've loved being here. It's been a great place to work," she said.

Warlick, who has been with MPS since 2013, said she'll mostly miss the camaraderie she had with other staff members.

"I loved working here," she said. "I love everybody here."