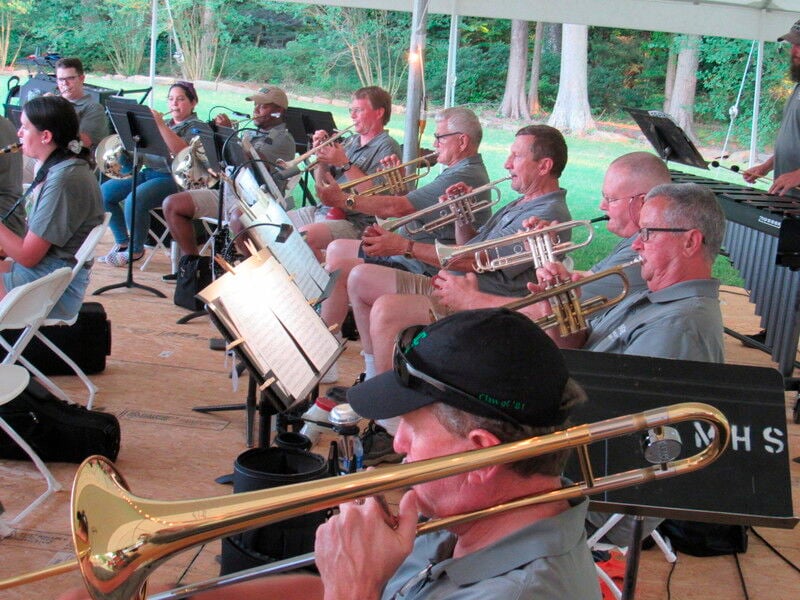 Muskogee Community Band's brass section plays during Symphony in the Park. This yea'r symphony will be Saturday at Honor Heights Park. 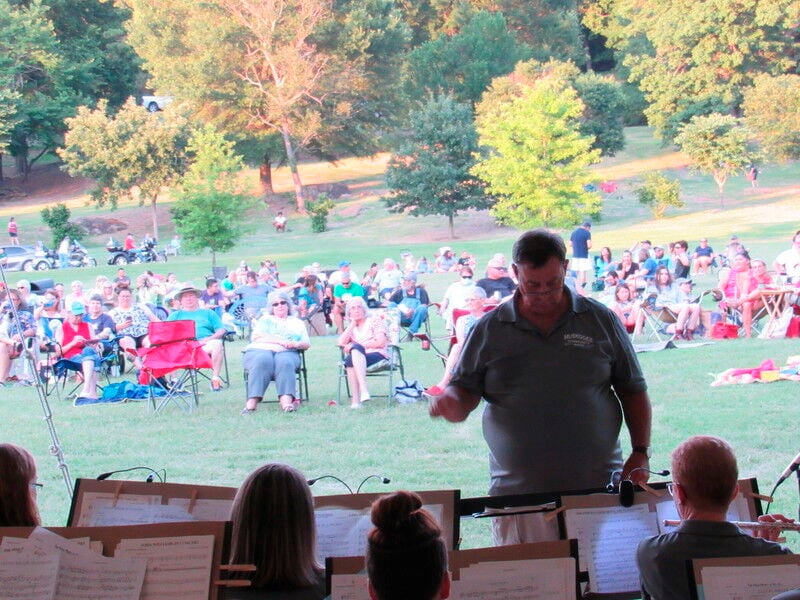 Crowds watch as Muskogee Band Director Bruce Thompson directs the Muskogee Community Band during the 2020 Symphony in the Park. This year's symphony will be Saturday.

One of the Oklahoma composers featured at Saturday's Symphony in the Park will direct his own work.

Symphony in the Park will be 7 p.m. Saturday at Honor Heights Park's field.

With "Oklahoma Composers" as the theme, Muskogee Community Band will play songs from Oklahomans such as Leon Russell, the GAP Band and Jimmy Webb, as well as Spears.

Crepuscular Critters are animals, such as skunks and coyotes, that come out during the twilight or early morning hours, Spears said. He said he modeled the piece after saxophonist Joe Henderson's "Out of the Night."

"It sort of has the same jazz phrasing as that song," Spears said. "It has elements of jazz and improvisation. It's kind of a slower-paced piece."

Spears, who teaches low brass at MHS, said he wrote the song for the 2018 MHS Symphonic Band, which he directs.

"It's just a fun piece where we could feature some soloists," he said. "We have some really good jazz improvisers in the band."

MHS Band Director Bruce Thompson, who will conduct during program, said Symphony in the Park will feature a variety of pop songs, jazz, and rock. They include Jimmy Webb's "MacArthur Park."

"Just different things that are connected with Oklahoma," he said, adding that the band also will play a medley from the Rodgers and Hammerstein musical, "Oklahoma."

Symphony-goers also can expect annual favorites, including a medley of armed forces songs and a fireworks display to the tune of "Stars and Stripes Forever."

Symphony in the Park's intermission will feature an auction of 10 music-themed banners painted by Muskogee artists. The MHS Quarter Note Club, the band booster organization, will have concessions.

Muskogee Parks and Recreation Special Events Coordinator Joel Everett said the symphony will move to the Hatbox Event Center if it rains.

“We are expecting a large turnout for this event,” Everett said. “I think people are ready to get out and enjoy public outings again and outdoor events are a great way to ease back into summer fun, while still being safe.”

Symphony in the Park is sponsored by Bank of Oklahoma, Muskogee Parks and Recreation and Oklahoma Arts Council.

WHAT: Symphony in the Park, "Oklahoma Composers."