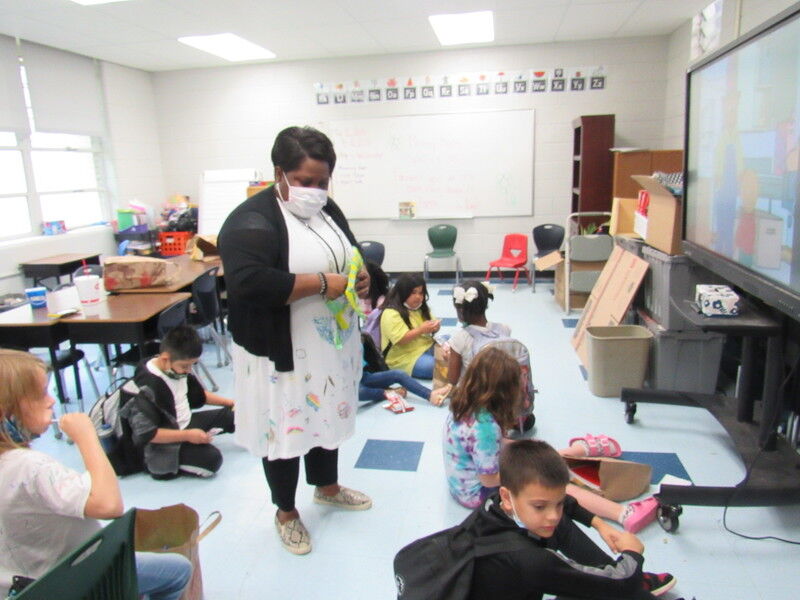 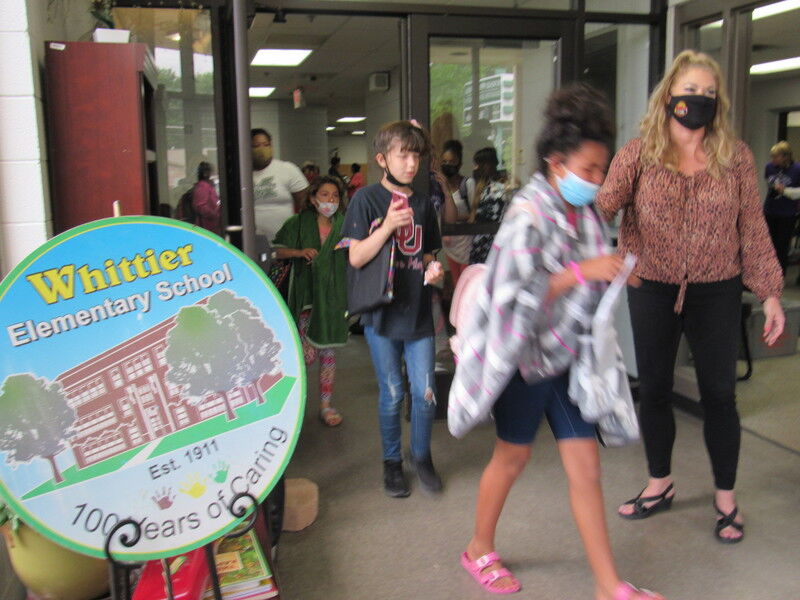 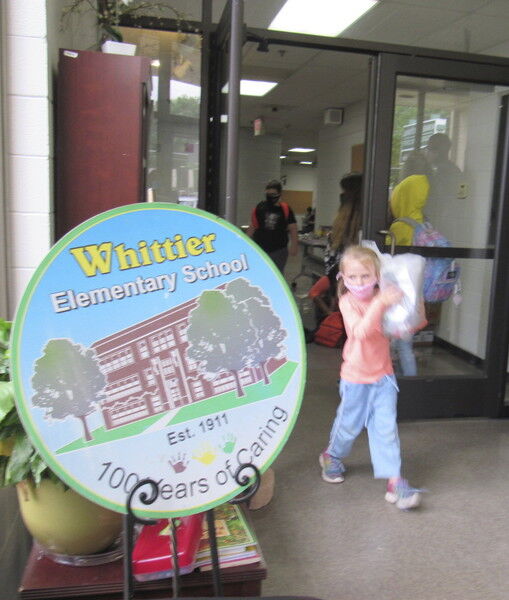 At the end of school Wednesday, kindergartner Suzann Reynolds carries a bag of school supplies past a disk commemorating Whittier's 100th anniversary. Whittier marked its final day as an elementary school on Wednesday. 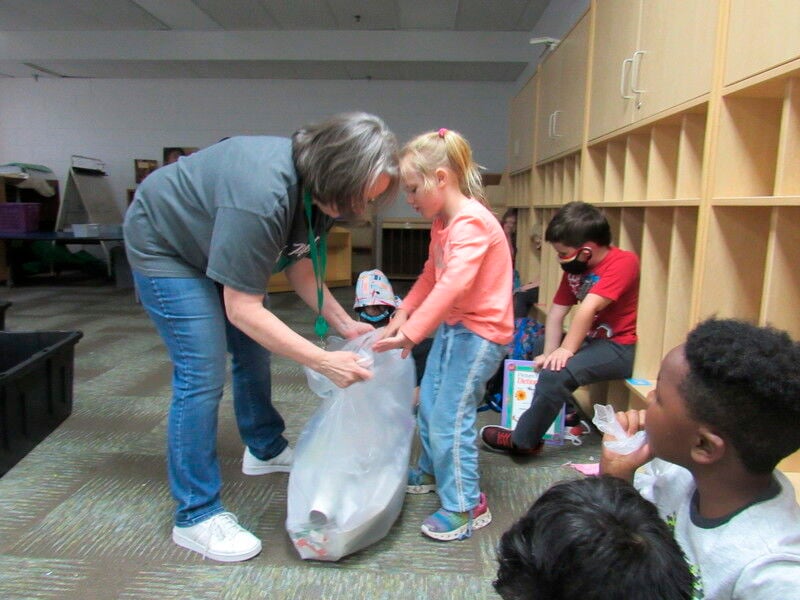 "Where are you going to be next year," Whittier Elementary School Principal Lisa Rogers asked students as they left their classes Wednesday afternoon.

Elexis Proctor said her 6-year-old son will go to Creek Elementary next year. She said she does not like the change.

"I loved that he was at Whittier, the teachers, the school it was all great," Proctor said. "He's sad about it, too."

"But we were kind of expecting it, especially after last year, when the pipe burst, and they tore down Whittier, so we were kind of preparing ourselves for the transition," Rogers said, referring to a sewer line that collapsed under Whittier's oldest wing in January 2020. The wing and some other portions of Whittier, were since demolished.

Whittier students have been attending the former Harris-Jobe Elementary since January 2020. The Harris-Jobe building will eventually be remodeled to house the Early Learning Center.

Whittier librarian Rogena McClain recalled January 2020, when the Whittier staff spent a weekend getting the Harris-Jobe building ready for their students, "so that when they walked in, it would look like they had always been here."

One entryway feature was a disk marking Whittier's 100th anniversary in 2011.

"They even still say 'when are we going home,'" she said. "And we can't go home again."

She said 75 to 80 percent of Whittier students either walked to the old school building or had parents take them.

McClain, who is retiring after 22 years with MPS, she said the main thing she will miss is the Whittier staff.

Rogers said the Whittier staff "has always stepped up whenever anything has happened, and they're excited about their next venture."

Several teachers will be assigned to the rebuilt Tony Goetz Elementary School, some will teach in upper grades, Rogers said, adding that she's waiting for her next school assignment.

"It's the only place I've ever taught," she said. "Lisa hired me as a teacher for third grade."