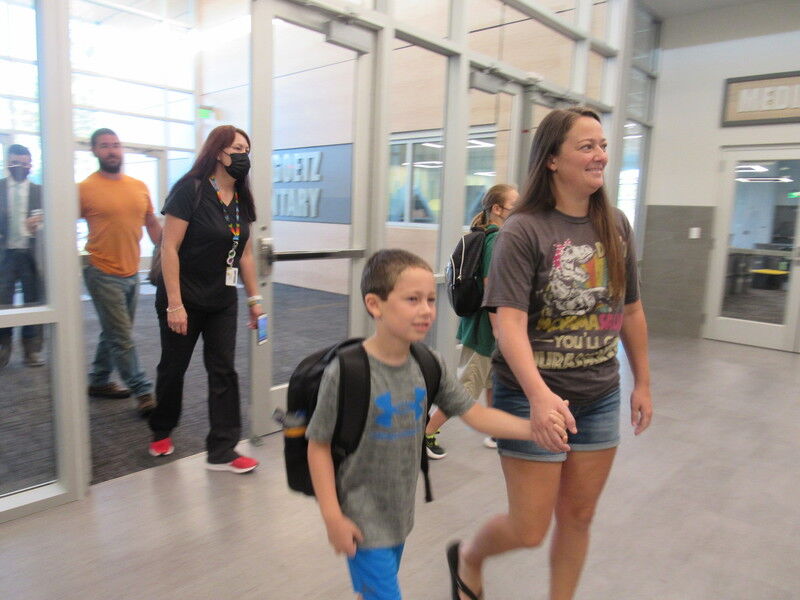 Kinsey Huitt, right, escorts her son, second-grader Reggin Huitt, through the entrance of the new Tony Goetz Elementary building on the first day of school Tuesday. 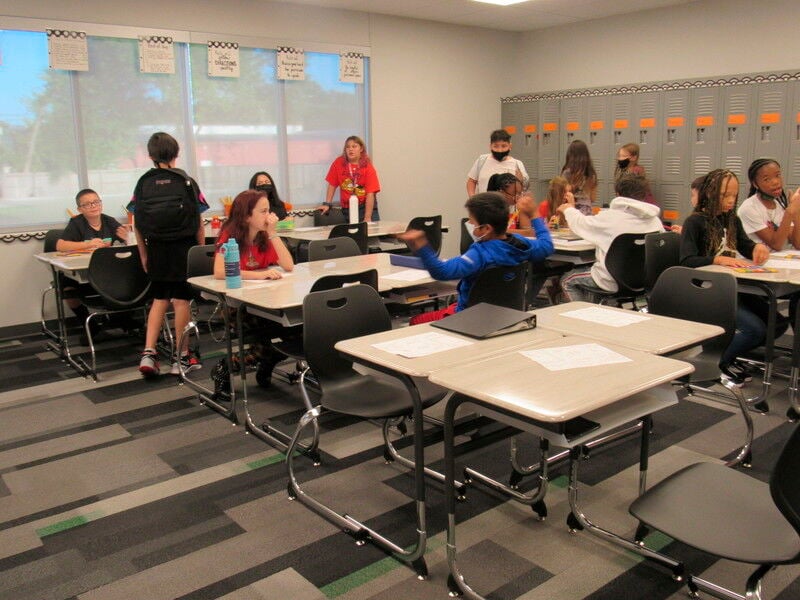 Classrooms, such as this fifth-grade room, feature student lockers at the new Tony Goetz Elementary building. 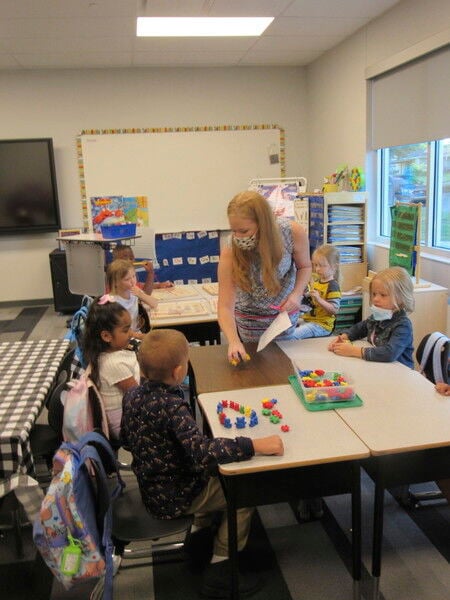 Tony Goetz Elementary kindergarten teacher Kayla Martin hands out blocks to her students on the first day of school Tuesday. 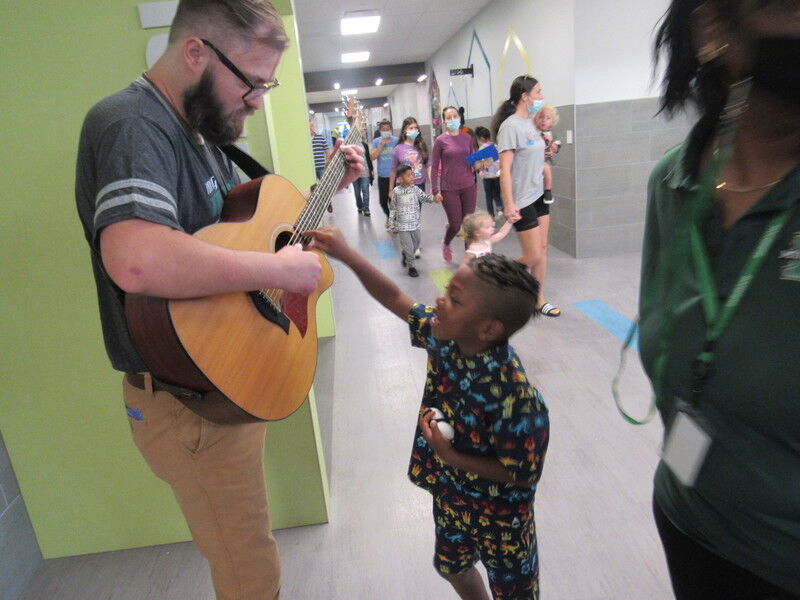 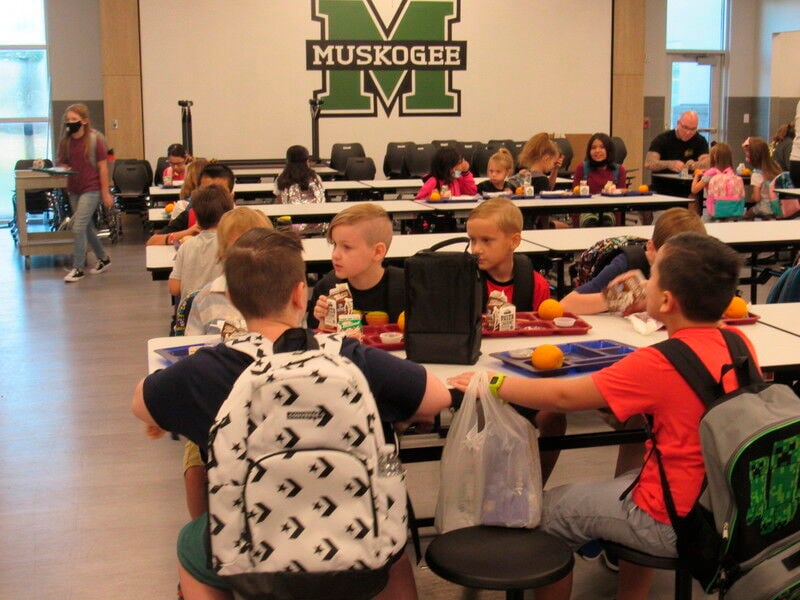 Students have breakfast in the new Tony Goetz Elementary's cafeteria Tuesday on the first day of school.

"It's amazing," McBride said. "My husband and I actually went here when we were kids. Now all three of our kids are going here."

The Tony Goetz building that McBride recalled attending was demolished in 2020 and replaced with a new facility.

Tuesday marked the the first day of school in the new building, as well as throughout Muskogee Public Schools.

At Tony Goetz, students ate a free breakfast in the new cafeteria. Students stashed their books and other gear into classroom lockers — unusual for an elementary school.

"I think we're all very excited about the new building," Principal Sarah McWilliams said. "I think it is absolutely gorgeous. "We're excited to have students this morning and ready to start the year."

"This morning we invited parents to walk their students in, so it was a little more chaotic, but we'll get there," she said. "It's going to be a work in progress."

Fifth-grade teacher Jana Taylor, in her first year at Muskogee Public Schools, greeted students with a class assignment. Like other teachers, she kept busy on Monday preparing her classroom. She said the new classroom desks arrived Monday night.

"It's exciting," Taylor said. "I'm excited to get to know the new kids. We have some new kids from throughout the area that were split up between schools last year, so they're finally getting to be back together. Mrs. McWilliams has been such a big help, all the teachers in the building helping new teachers like me getting set up. Trying to figure out the daily life of a fifth-grade teacher."

Demolition and reconstruction of most of the old Tony Goetz building was funded by part of a $110 million bond issue Muskogee Public Schools voters approved in 2019.

Teachers and school officials said the old building had flooding, mildew and mold problems, as well as covered asbestos. Some of its original wall furnaces had stopped working.

The old school's gym and storm shelter were incorporated into the new building. The old gym was repainted.

"We are loving it," she said. "We are very blessed, the kids are loving it already; so do the parents. It's already a big hit with our community."