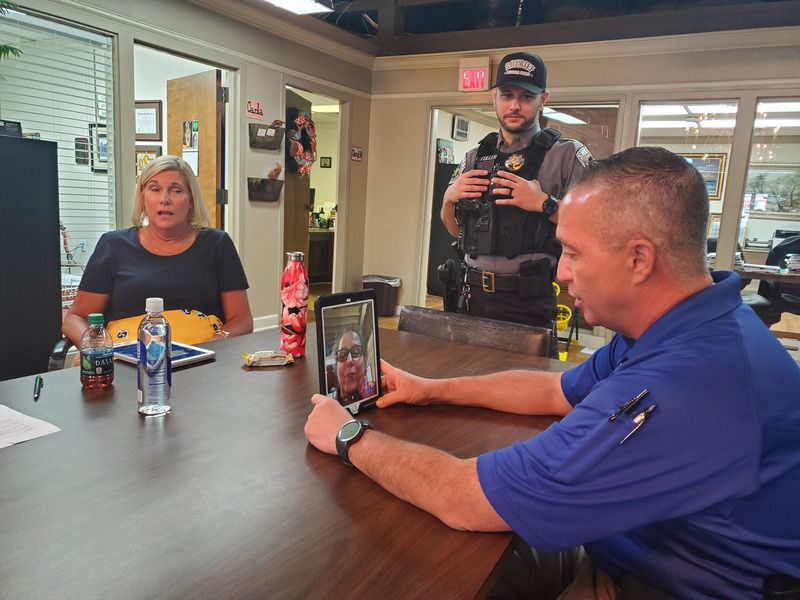 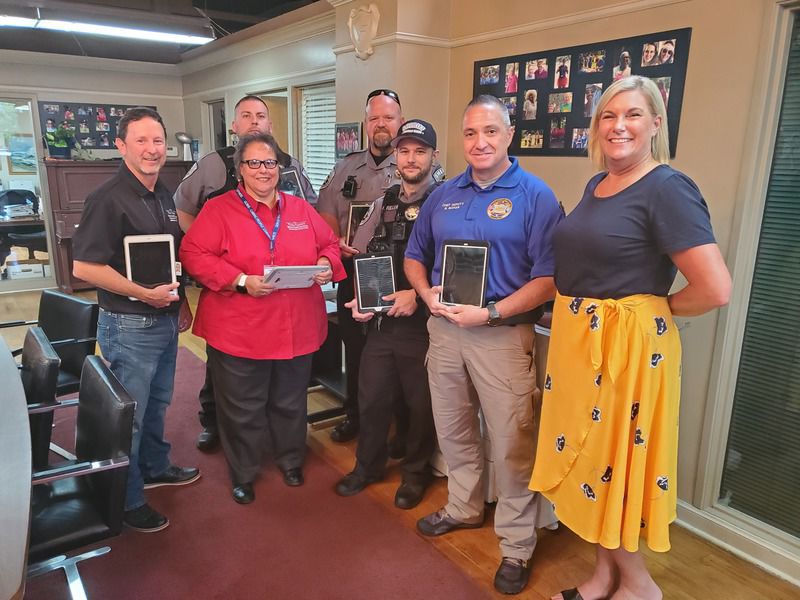 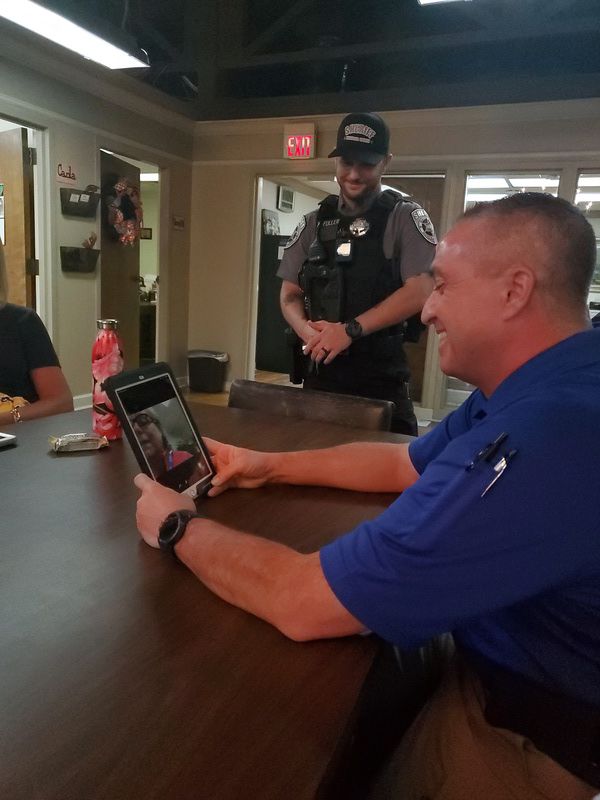 Muskogee County Chief Deputy Michael Mahan taps at the iPad's screen as Green Country Behavioral Health Chief Executive Officer Joy Sloan steps across the room with an iPad of her own. Her face pops up on the screen of Mahan's device shortly after, completing a demonstration of the video calls enabled by the MyCare application on both machines.

"It will be like having a clinician in your pocket," Sloan said, with the video call only a few milliseconds behind.

The demonstration was part of a small event in which GCBH gave 16 specially modified iPads to the Muskogee County Sheriff's Department as a way of providing a direct line to clinicians. The devices give deputies a way to quickly put patients having a mental health crisis in touch with people "with specialized training for these situations," Mahan said.

"This is a game changer," Mahan said. "You deal with so many mental health issues, and being able to bring someone in to deal with that is a big deal."

The Muskogee Police Department received nine iPads for use by lieutenants, Sloan noted, and has already begun using them.

The process allows clinicians to help law enforcement determine a course of action for a given situation, such as whether a person should be taken to GCBH's crisis unit. It also allows those same clinicians to get necessary health information ahead of a potential patient drop-off.

"It takes some stress off of the officer," Mahan said. "This will save us a lot of time."

Sloan said that was part of the goal — ensuring deputies can safely handle mental health crises quickly and get back out on patrol.

"I've lived in this community for years," Sloan said. "I want people out keeping that community safe."

The distribution of iPads to law enforcement is only the first step in a larger plan for 24/7 accessible care: GCBH will also distribute iPads to "high-risk or high-use" clients in the near future, said GCBH IT Director Mark Johnson.

The iPads are modified to limit use to the MyCare app, Johnson said, though future development may allow access to individualized information for each patient, as well as storing health information as reference for care providers.

For the moment, the goal is simply to provide another avenue for people to access the help they need, said Clinical Director Melissa Shofner.

"The goal is to not ever have an unanswered call," Shofner said.