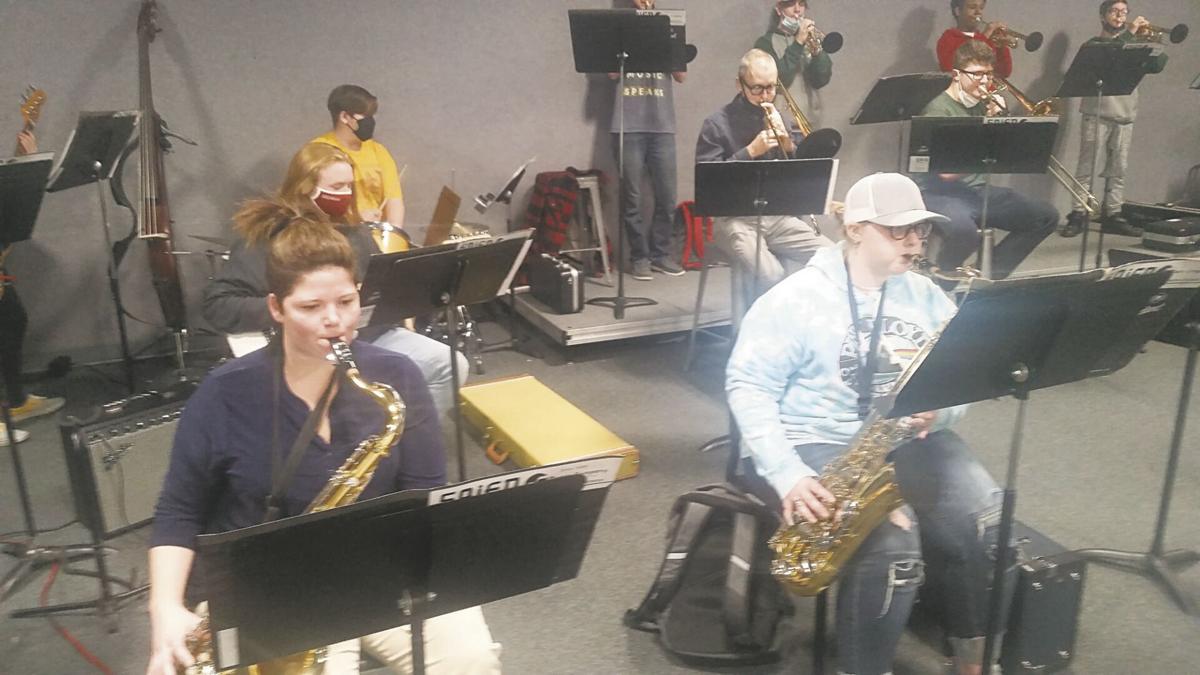 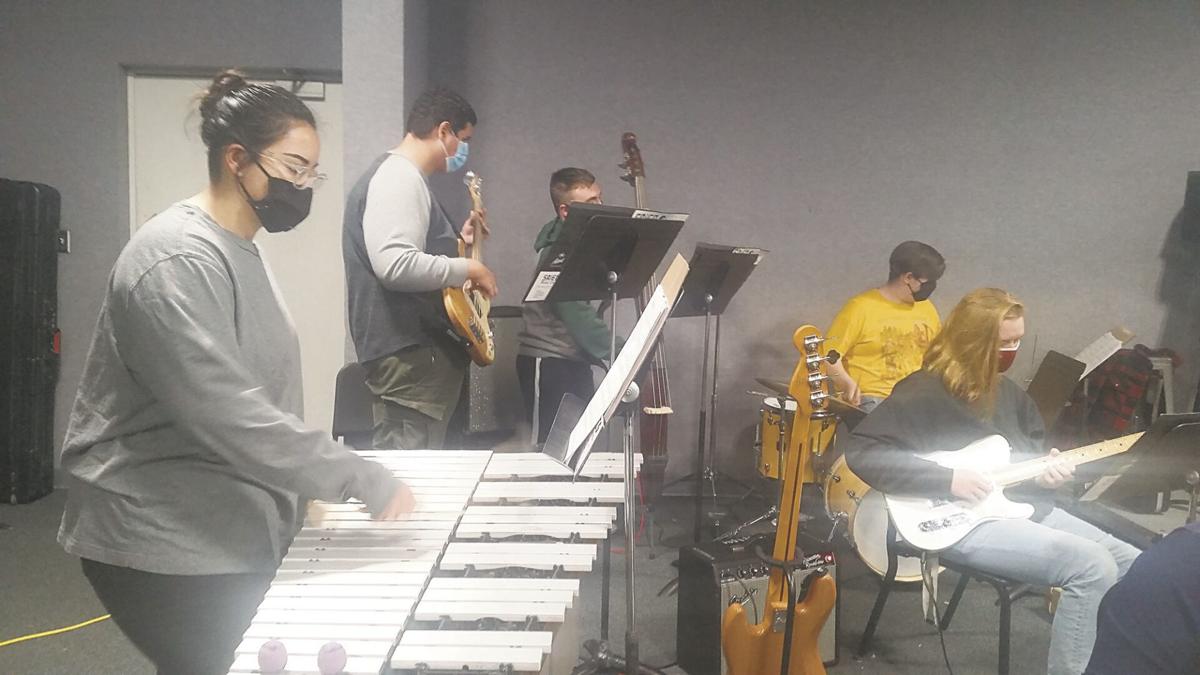 Choir members sit several feet apart while they practice in another room.

Extracurricular classes such as music and athletics continue to meet on campus, while other Muskogee Public Schools students are doing distance learning until Dec. 7. All will have time off for Thanksgiving break.

MHS freshman Emily Irvin, who plays saxophone, said she doesn’t feel too stressed about practicing. She comes to school for symphonic and jazz band practice, one right after the other.

“I wear my mask when I go out of the house,” she said, adding that her stepfather brings her to practice and picks her up.

“Athletics are all meeting,” Thompson said. “We got with the administration, and they let us do it.”

Students can opt to stay home and complete music assignments online, he said.

“They have to get on there and play online with their music,” Thompson said. It shows that they did it, and we’ll be recording it for grades.”

“It’s definitely a concern,” Brown said as he picked his son up from jazz band practice. “He’s around a group of people. There are multiple people. He’s not isolated from the coronavirus and the spike of the cases.”

Thompson said students are required to wear masks when they’re not playing horns or woodwind instruments.

“They have bell covers over their bells,” he said.

Players also are spread out.

He said student temperatures are taken each day. Those with high temperature are sent home.

Hilldale High School allows athletics and band to practice on campus. The district has gone to virtual learning until Thanksgiving and is to restart on-campus classes Nov. 30.

“It’s like a Zoom meeting,” Pemberton said. “Our band instructor’s there and she’s got about 60 kids logged in. The kids are visibly tested onscreen, and they’re going over their chair test results.”

The results show whether a student gets first-chair, second-chair or whatever, Pemberton said.

37, Self Employed, passed Tuesday Nov. 24th 2020. Services will be at 2 PM Wednesday, Dec. 2nd, 2020 at Timothy Baptist Church services under the direction of Cornerstone Funeral Home.