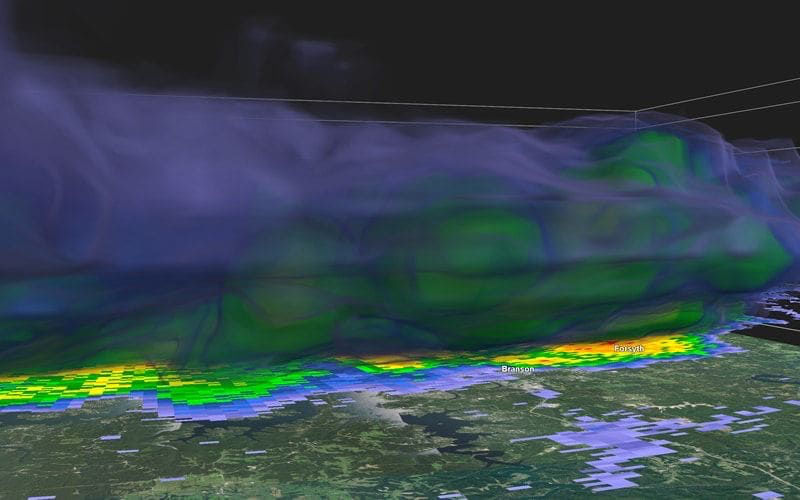 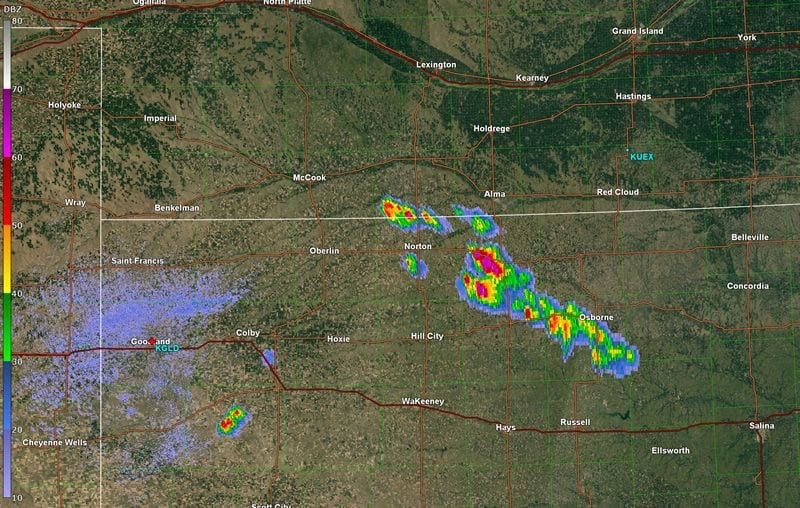 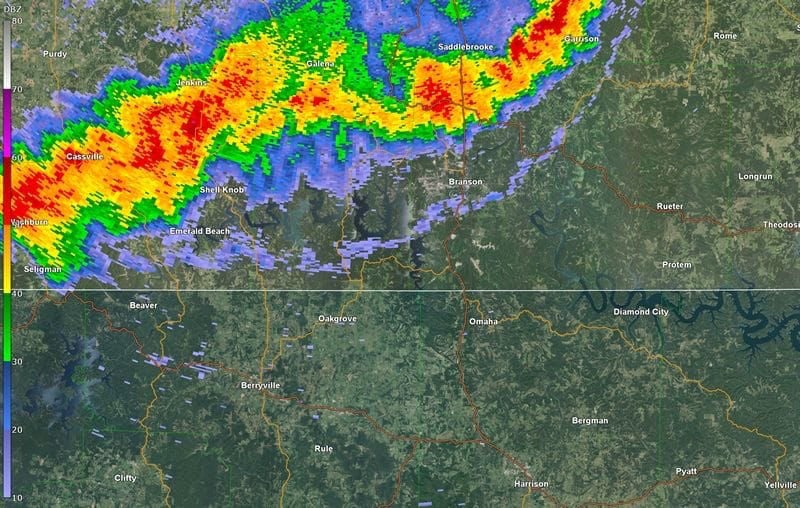 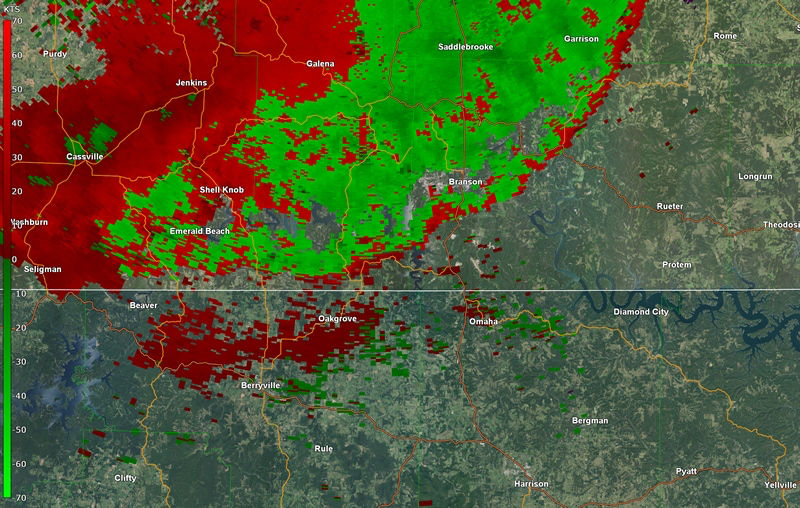 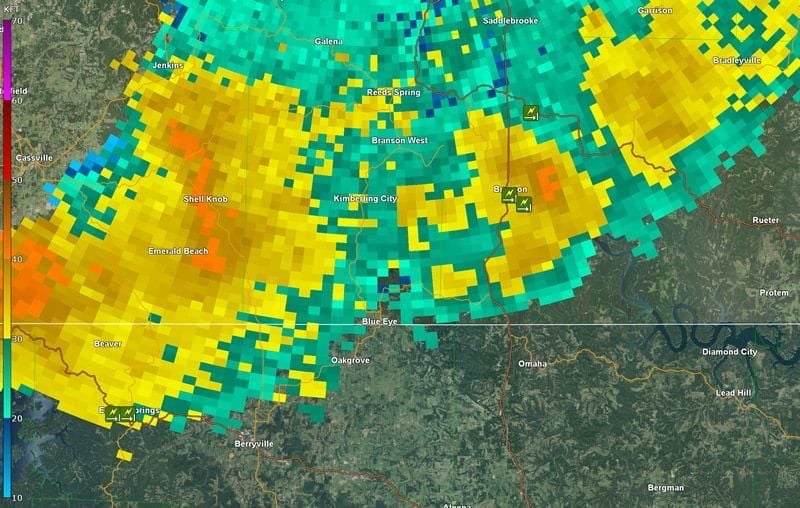 In the wake of the tragedy, Jim Pattison Jr. president of the parent company for Ride the Ducks Branson, said the storm “came out of nowhere.” This is simply not true. Meteorologists had been tracking the storm for hours, and their forecasts offered considerable lead time for the hazardous weather.

“[T]his indirect blaming of meteorologists was old a decade ago and is completely inappropriate in this particular situation,” wrote Mike Smith, a retired meteorologist and former executive at AccuWeather in a blog post.

As the storms drew close, the Weather Service issued a severe thunderstorm warning at 6:32 p.m. Central, indicating a violent storm was imminent, about 30 minutes before the boat capsized.

“I’ve been so upset over how preventable this was,” tweeted Elis Raffa, the morning meteorologist for CBS affiliate KOLR in Springfield, Mo.

“This is not 1901,” tweeted Marshall Shepherd, a past president of the American Meteorological Society, and professor at the University of Georgia. “We have satellites, advanced radars, good weather models, all short-term weather information showed that storms approaching well before the boat was on the water.”

In a blog post, Shepherd even noted that the Weather Service had highlighted the risk of severe storms Wednesday, more than a day before the disaster.

“Absolutely negligent to have put that boat in the water,” tweeted Brian Monahan, meteorologist for ABC affiliate WSB-TV out of Atlanta.

Our analysis below shows just how clear was the threat of severe storms.

The responsible thunderstorm was part of a complex that originated in northwest Kansas and central Nebraska. It formed 9 1/2 hours before arriving in Branson.

The radar image below shows the storms as they first developed in northern Kansas around 10:30 a.m. Thursday.

Through nightfall, they would race forward around 52 mph, maintaining a nearly constant bearing as they headed southeast for 475 miles before arriving in Branson.

The National Weather Service logged dozens of reports of wind damage as the storms raced southeast. It may have met the criteria of a derecho, which is a fast-moving, violent storm complex that moves in a straight line and unleashes damage all along its path. It produced wind gusts to 89 mph as it rolled through Lecompton, Kan., and a 74 mph gust in Springfield, Mo.

As the storm arrived in Branson, it was in the process of becoming “outflow dominant” at the time. This means it was spitting out more air than it was taking in. This is the first step to a storm eventually losing steam, but as it “gusts out,” the exhaust of the storm can often produce damaging and destructive winds.

When the winds hit the ground, they formed an “outflow boundary” ahead of the storms. This is where the winds suddenly increase. Video shows gusty winds and rough waves well ahead of any rain or thunder. Doppler radar confirms this, which is why the National Weather Service in Springfield, Mo., issued the severe thunderstorm warning well before any rain even arrived. In the image below, notice the arching blue line ahead of the storms. That’s where radar is picking up the change in air density associated with that wind line:

Along this boundary, the winds shifted greatly. That is part of what stirred up the waves. We can see this on the weather radar’s representation of wind speeds below.

The radar image shows us which way the air is moving. Green is toward the radar, and red is away. Notice along the abrupt change from green to red along the leading edge of the storms just east of Branson. We call this a “shear zone.” Just as if you shook a bowl of soup in two different directions and produced tumultuous waves, the same happened here.

That was the first contributor to the hazardous winds. And then notice that orientation of the storms — they are moving southeast, but over Branson, the outflow plowed due south. Since Table Rock Lake is oriented north/south, that meant the winds had the entire length of the lake to sweep through. The lack of trees/structures over the lake meant very little friction, and that helped the wind reach its maximum potential.

The strongest wind report from the area was 62 mph, but gusts in the vicinity of the sinking may have reached 65 to 75 mph.

Because the line of storms was made of different cells each collapsing independently, their combined outflow boundary became a bit wonky. Over Table Rock Lake, the boundary formed a kink where two segments of it merged. That probably enhanced wind speed near their intersection and created an area perhaps three miles wide of brief ground-level rotating winds. While this is very different from a tornado, it spawned another wind shift that angered the waves even more.

And right over Table Rock Lake, the cell intensified. A new updraft went up, boosting cloud tops to 41,000 feet. This intensification made things even worse once the heavy rain arrived.

While meteorologists have expressed frustration that this avoidable tragedy occurred, some confessed that more work needs to be done to ensure people are receiving their warnings.

“We do have to figure out how to get information to these people better, there is still some disconnected in an ever more connected world,” tweeted Brad Panovich, meteorologist for Charlotte NBC affiliate WCNC-TV. “Which is frustrating.”

Jason Samenow is The Washington Post’s weather editor and Capital Weather Gang's chief meteorologist. He earned a master's degree in atmospheric science and spent 10 years as a climate change science analyst for the U.S. government. He holds the Digital Seal of Approval from the National Weather Association.