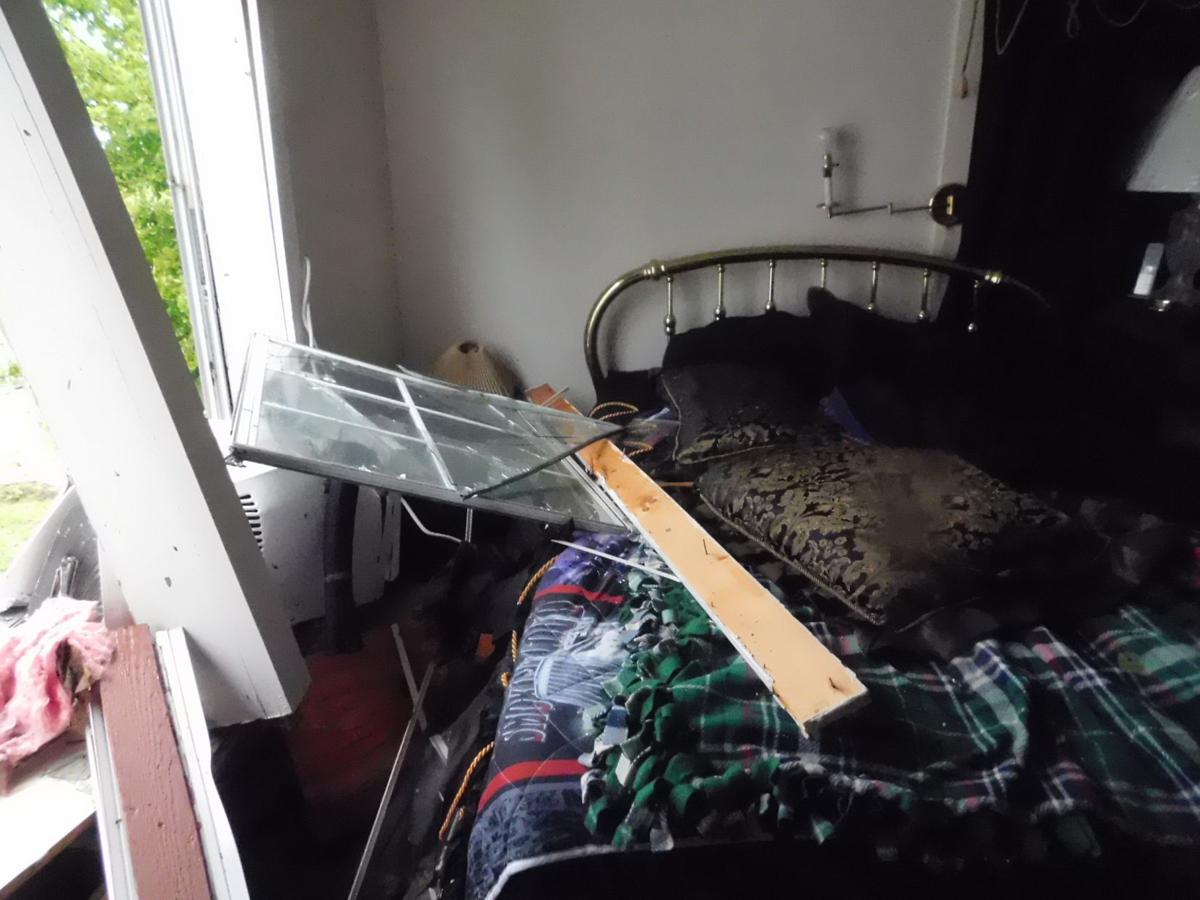 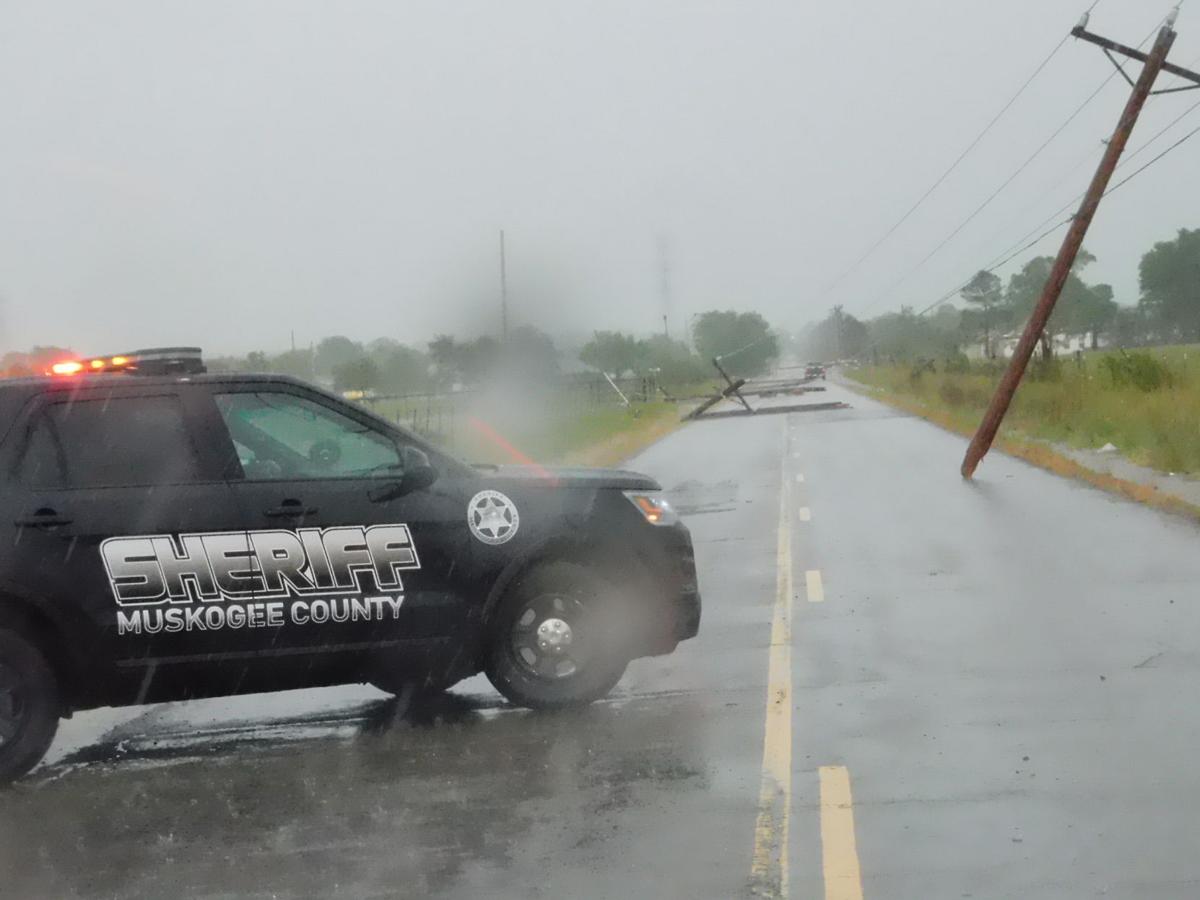 A Muskogee County Sheriff's vehicle blocks a section of Elm Grove Road where electric poles were knocked down Friday morning. 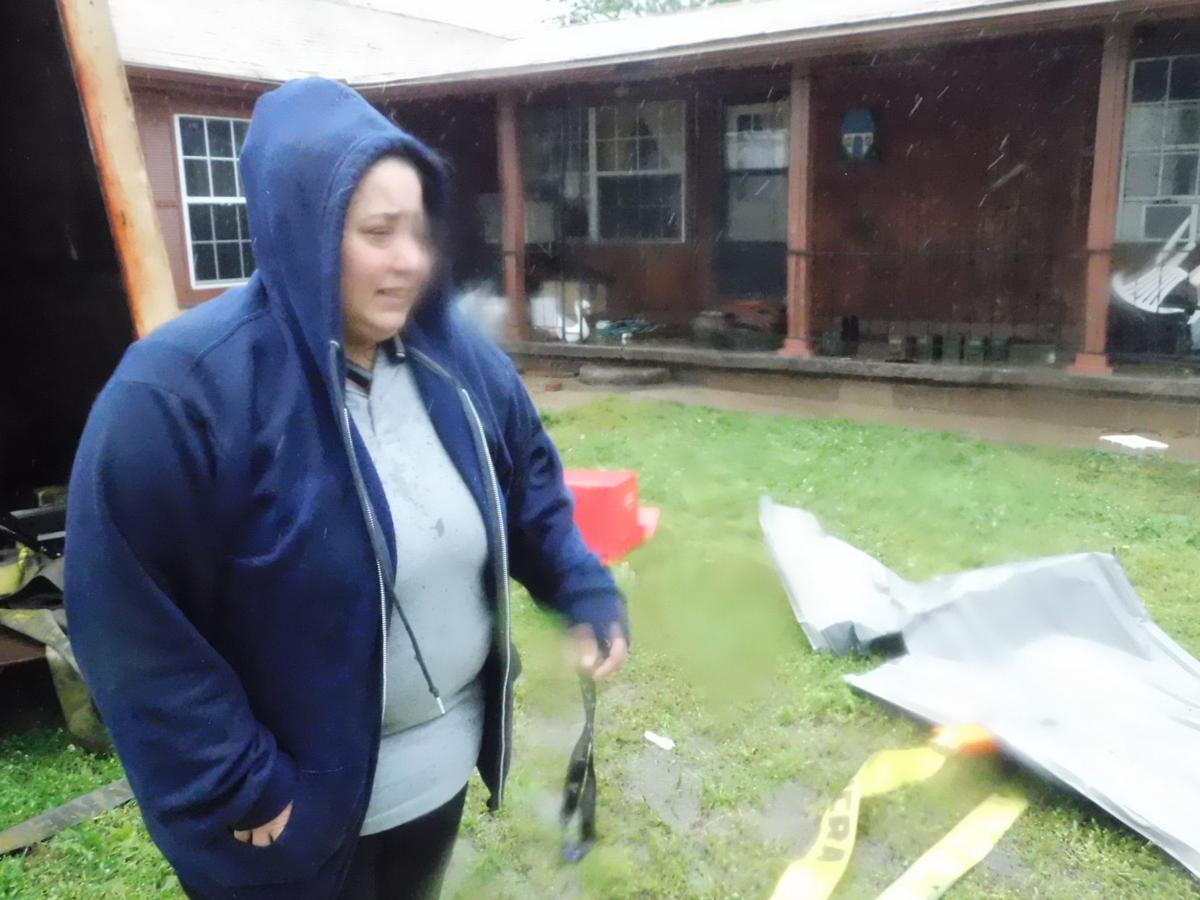 A Muskogee County Sheriff's vehicle blocks a section of Elm Grove Road where electric poles were knocked down Friday morning.

Keefeton area residents are cleaning up after heavy winds and a possible tornado damaged and uprooted trees Friday morning.

Kim Maples, who lives south of Elm Grove Road, said she was at home when it happened.

"It was an experience, lots of stuff flying by," Maples said. "Every house on my road has trees that are down or damaged."

Muskogee County Emergency Management Director Jeff Smith said the National Weather Service has not confirmed whether a tornado had touched down.

"For us it looks like, maybe, some type of tornado was kind of jumping around," Smith said. "A lot of eye witnesses said they saw a tornado."

Maples said her 27-foot camper flipped over in her driveway.

"My dog kennels are in my pasture, but my dogs are fine," she said, adding that nobody got hurt.

"What I heard was a lot of wind and that container coming through my bedroom," Kraft said.

He said a neighbor had two trailers knocked over, but they were not there at the time.

"It blew one of my kitchen windows out, I got it back in," he said. "Everything out there is debris. The yard was cleaned up."

Kraft said he's lived in his house for 28 years.

"I'm disgusted," he said. "A man works all his life to have something, and to have this happen."

His daughter, Nickie Deckers, came by his house to help. Kraft said other relatives were due to come up later in the day.

"Nobody was hurt, just property," he said.

Smith said a few minor injuries were reported Friday morning, but no one was taken to a hospital.

Smith said 16 residences, both mobile homes and regular homes, have been damaged.

"There was, I believe, an adult male there and a juvenile male there, and they had to crawl out from under it," Mahan said. "They're both okay. We've seen one trailer house that's completely gone. We're seeing a lot of tree damage and a lot of structural damage. I saw a house earlier where it took their garage and pushed it into their house about two feet."

A command center was set up at the Keefeton fire station, Doke said.

He said there are "hundreds of trees down across roads" throughout the district.

"Our crews are working diligently to get them passable right now," Doke said. "Now our focus is to make sure everyone's safe."

The second phase would be to deal with the aftermath of the tornados, he said.

"There's going to be an enormous amount of flooding," Doke said.