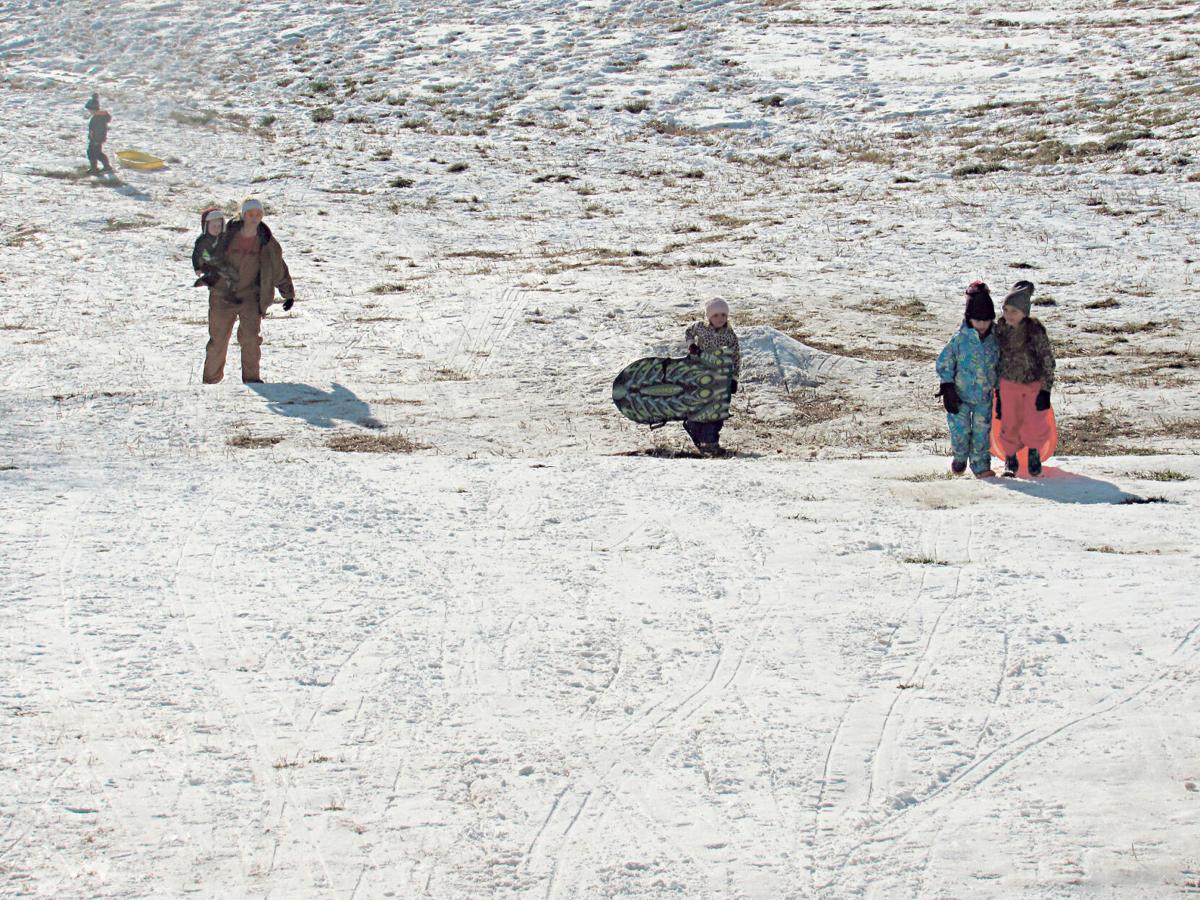 Sledders and tubers head uphill at Fort Gibson Historic Site, enjoying what remained of snow that blanketed the area for more than a week. Temperatures broke above freezing on Friday. 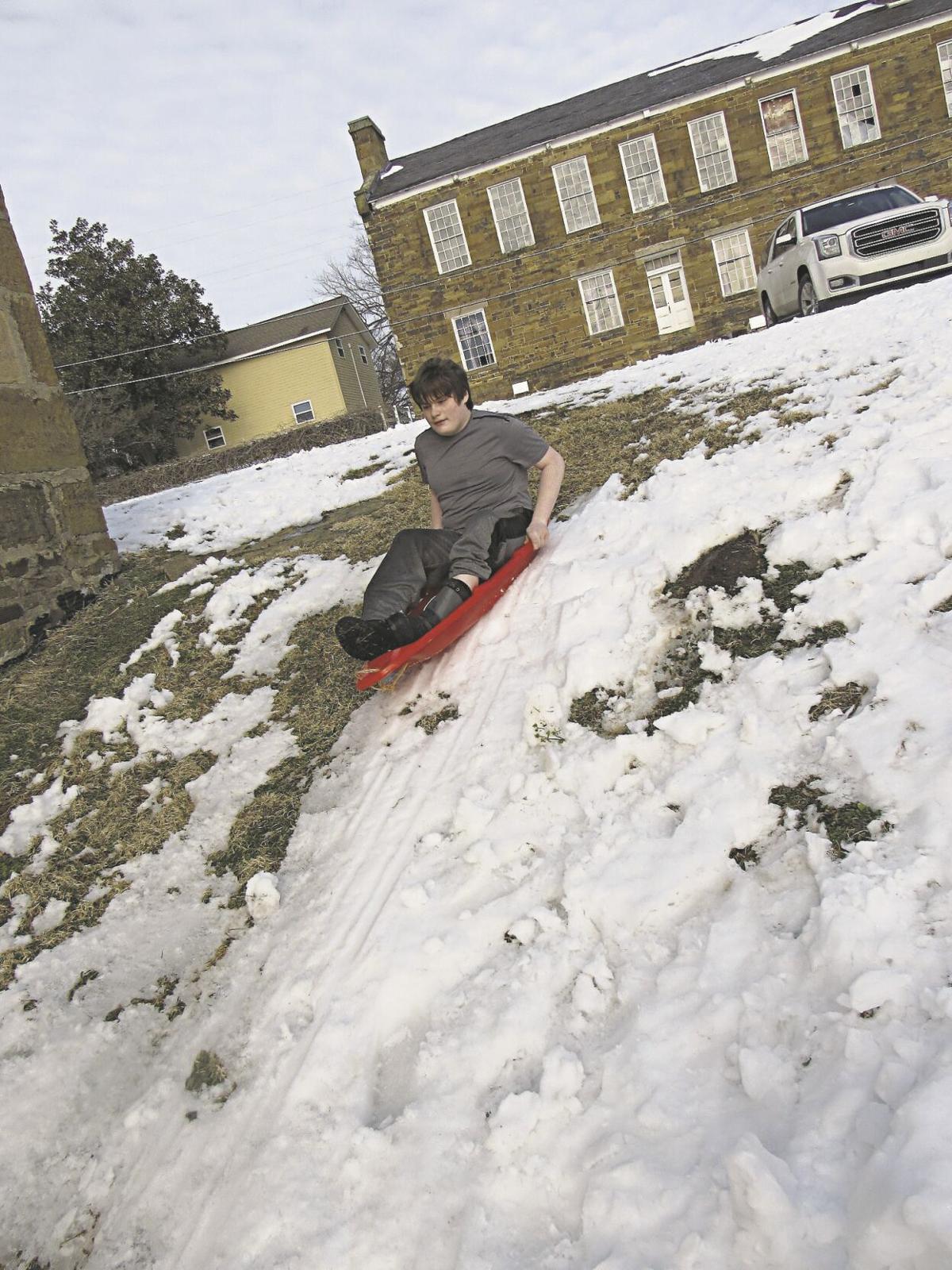 Deagan Parks goes sledding in a short-sleeve shirt Friday at Fort Gibson Historic Site's hill. Fort Gibson is thawing from more than a week of snow and sub-frozen temperatures.

But the 13-year-old did on Friday when he joined others at Fort Gibson Historic Site on Friday.

People sledded down the hill and made snow angels Friday near the Historic Site’s commissary, enjoying what remained from more than a week of snow.

“It was underneath the road and part of the sidewalk, the driveway at Firstar Bank,” he said. “It took quite a while to get that one repaired.”

“People would call, and we’d assure them there’s no leaks on the lines,” he said. “A lot of it could be the water meter at their home, or the pipes are freezing up. There’s been quite a bit of that.”

However, the town could see street problems as the ice and snow thaw.

“We’ve noticed some that are starting to push up when the water freezes in there,” he said. “Right now, it’s just minor pot holes, but we’re going to have to go back and evaluate the streets again. Nothing impassible right now.”

“There was no complaining — everyone was very prideful to get out and help people in the town and make sure we keep services open and going,” DeShazo said. “Morale’s been very high, which has been good.”