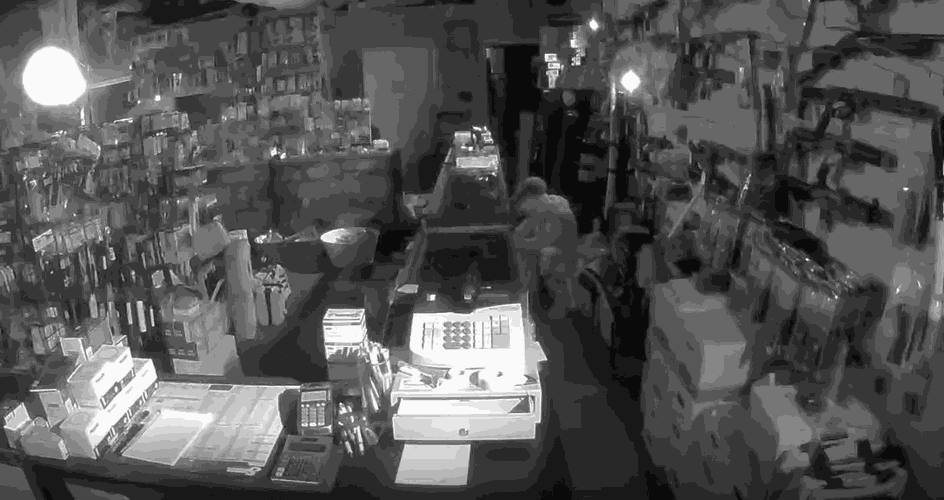 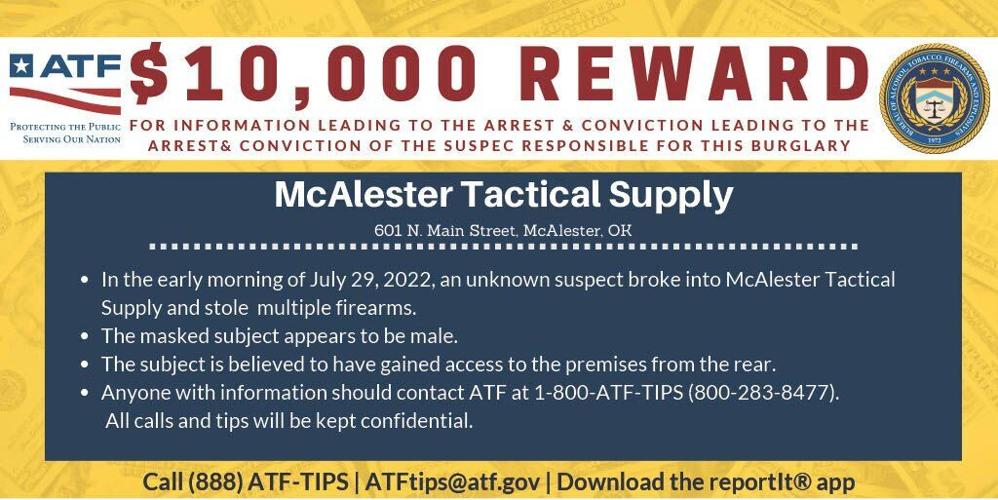 A reward up to $10,000 is being offered for information that leads to the arrest of the suspect responsible for the theft of firearms and arson of a McAlester firearms retailer.

According to a press release released Friday afternoon from the Bureau of Alcohol, Tobacco, Firearms and Explosives, an unidentified suspect gained access to the rear side of McAlester Tactical Supply, at 601 N. Main Street in McAlester, by destroying multiple layers of the building from outside the structure early Friday morning.

Information from the McAlester Police Department shows officers and firefighters were dispatched to the business at 5:12 a.m. Friday morning.

Surveillance video shows that once inside the business, the masked individual gathered several firearms from a glass display case and carried the firearms out in a bag.

“It is unknown at this time if the suspect drove to the location, received a ride, or was on foot,” the ATF said.

A reward up to $10,000 is being offered by the ATF and the National Shooting Sports Foundation for information leading to the identification and/or arrest of the suspect responsible for the theft and arson.

“Recovering these firearms quickly before additional crimes are committed remains a top priority for ATF,” said ATF Dallas Special Agent in Charge Jeffrey C Boshek II in the press release. “We are asking the public to please let authorities know if you recognize this individual.”

According to the ATF, the reward is part of a larger national cooperative initiative between the NSSF and ATF, in which NSSF matches ATF rewards in cases involving the theft of firearms from federally licensed firearms retailers. ATF works closely with members of the firearms industry to curb the criminal acquisition and misuse of firearms.

Anyone with any information about this crime is asked to contact ATF at 1-888-ATF- TIPS. Information can also be sent to ATFTips@atf.gov, and through ATF’s website at www.atf.gov/contact/atftips.