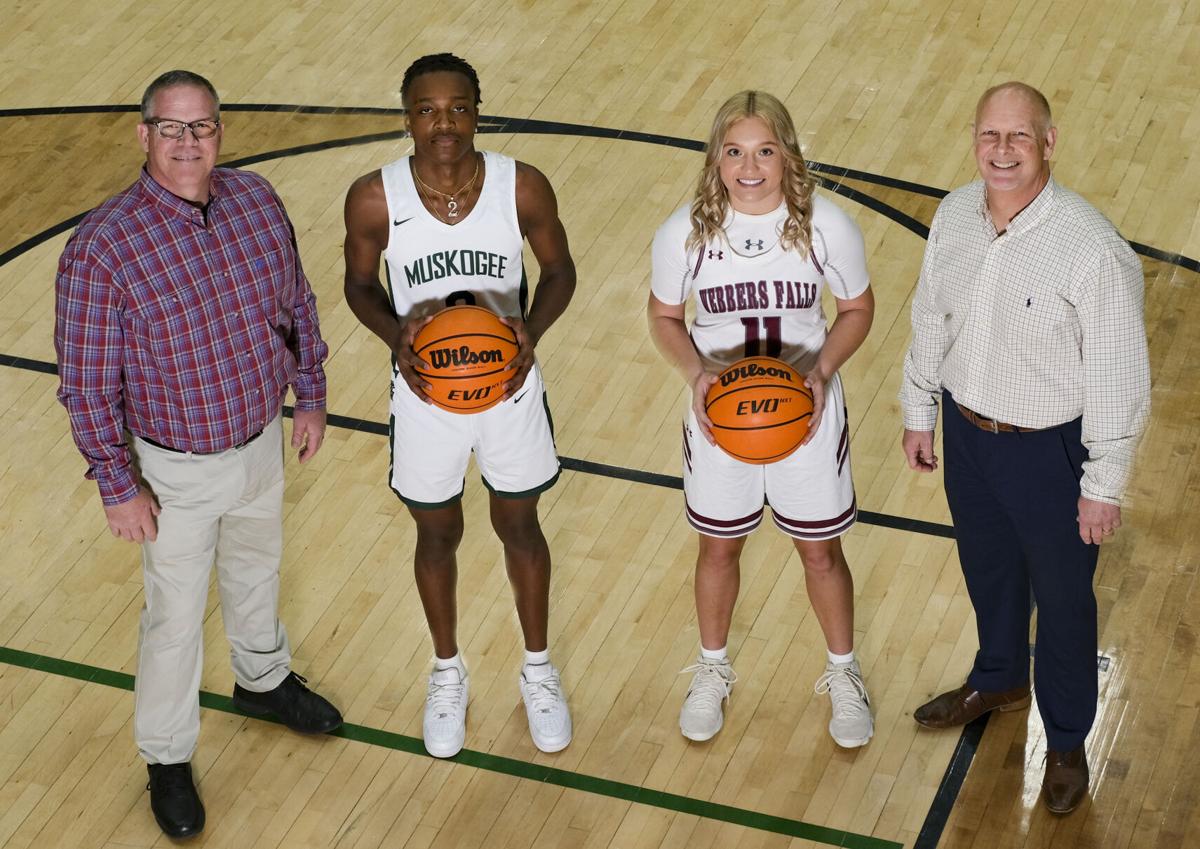 When finding the best of the best, there’s two schools of thinking.

One is simply the numbers one puts up. The other comes from one’s overall value in the scheme of things.

With Samantha Shanks, this year’s Most Valuable Player on the All-Phoenix area girls basketball team, you get some of both, but especially the latter when a part of a Webbers Falls team that reached the Class B state tournament for the second time in three seasons.

The unanimous selection by the Phoenix staff and correspondents who cover basketball was a significant part of that two seasons ago as a freshman among seniors. Now, that leadership mantle has been largely shouldered by her, even as a young group has matured alongside her.

“Her value is not just in points, which is the first thing everyone seems to look at,” said her coach, Jerry Ward. “She does so many other things. She makes some of the best passes I’ve seen. She’s a really good defender and our second-leading rebounder. She leads us in steals, and yet all the while, she’s been a pass-first, score-second point guard.

“But she’s gotten better at recognizing how do you look into scoring more to help the team be better. She’s fully a team player, but there’s times you need to look at the scoreboard.”

She averaged 17.5 points, 6.9 rebounds, 6.1 assists, 2.7 steals and 1.2 blocks and through it, transitioned into that leader both on and off the court since winning Newcomer of the Year honors as a freshman. She also made last year’s squad.

“We didn’t get to state last year so with this group, only a couple of us had experienced that and I really found myself doing what I try to do in my position and that’s talking everyone up. For some of them, being at state was pretty nerve-wracking and I’d just tell them ‘go play your game, do your part, don’t think of anything except doing what you do best.’”

It all added up to a big honor for a small-school girl.

“It is a big honor and it shows no matter what school you come from or your age, keep your mind to it and you can do anything,” she said.

That includes next year’s goals of a state title and college offer. She’s had communication with both Oral Roberts and Arkansas Tech thus far.

Measuring value is tough when a team is the sum of its parts, and no place was that more evident that Fort Gibson, where the challenge was to discern which of about six players of similar stature made this team.

And, there’s also Chuck London, named Coach of the Year, who started the year with two returning starters, one of which didn’t return until after the turn of the calendar year after recovering from ACL surgery.

“We have kids who on their own could stand out on their own every night, but it’s a system that doesn’t have that one set person to go to and that will impact statistics,” said London. “And it’s tough to go against a team with balance, which I believe we have.

“But like every team in Oklahoma, and the United States, this year has had its common challenges. We didn’t get the spring or any summer work like we normally do, due to the pandemic, and then you take away Reese Webb with the ACL injury and we’re down to one returning starter and two role players. Five days before Christmas we add Jordan Gann (from Sequoyah, which shut down sports this school year). And yet we started strong, hanging with a good Union team (that was ranked fifth in 6A at the time) for a half before wearing down and we beat Verdigris, which was top 10 in 4A at the time. To navigate the course we had this year, I give a lot of credits to my staff but also and most importantly, the players.”

Ward was second in the coaching category wih his team’s quarterfinal appearance in Class B.

Kindred, who will play next year at Northeastern State, is a four-time selections. For Henson, it’s her second time, making it in 2020. Hytche has committed to play at Northeastern A&M. Gann is still undecided. London has decided not to play college ball.