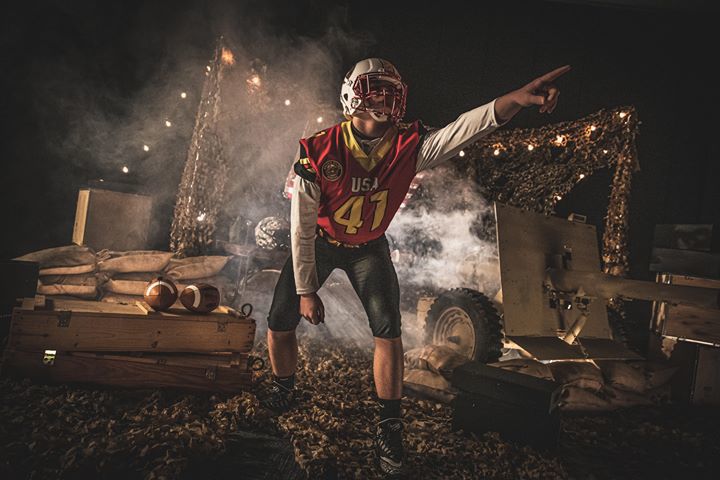 Hilldale freshman Evan Keefe poses for a photo at registration for the International Bowl played earlier this month in Arlington, Texas. 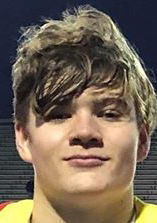 Hilldale freshman Evan Keefe poses for a photo at registration for the International Bowl played earlier this month in Arlington, Texas.

Hilldale freshman Evan Keefe earlier this month played on the USA Football Under-16 national team as part of an International Bowl series of USA Football games played at AT&T Stadium.

Teams in various age groups were from Mexico, Japan, Canada and Panama in addition to the United States. There were two USA 16-unders.

Keefe, 14, qualified through regional tryout in Kansas City and played in a middle school “bowl” in July.

Last month, Keefe and the US team beat Mexico 66-0. Keefe played defensive end. Fred Biletnikoff Jr., son of the former Oakland Raider by the same name, was the head coach of the Under-16 team.

Keefe is 14. Below is a conversation with him about the experience.

So, talk about your experience overall.

Keefe: I mean... it was definitely a ton of fun with all the activities they had is doing to get closer with our teammates there. In just one week we went bowling, did community service and stayed in hotel rooms with our teammates. Our practices were perfect, they didn’t want to wear us out too badly, but got the whole game plan on our head in a little less than a week. Overall it was an amazing experience, and I think all the competition from across the nation has made me a far better player.”

I’m sure, considering 66-0 you might have got more benefit in practice than you did in such a lopsided game. But I’m wondering about some specifics in how that part benefitted you.

Well in 4A schools I’m not going to see very many guys that are over 6-4 with full rides, so I think going against these guys has given me a taste for what’s coming.

Did you learn something to take forward, to develop your own resume so to speak?

Keefe: Yes, many things. The main thing being that there is nothing more impossible than the team, and to be successful you have to be able to have a connection with your players and know their abilities and trust that they do their part.

On the offensive side of the ball, the QBs always gets to know their lineman to know their abilities, and he needs to be able to trust they won’t get him killed in the backfield. While I was down in Texas, I stayed in a hotel room with the defensive end on the opposite side of me. We got to know each other very well and even taught each other a thing or two. When it came to game time we’d both known every play perfectly, and trusted in each other’s abilities.

I’d say 66-0 tells a similar story here just as it would on a Friday night. What was your take on Mexico football-wise?

Keefe: They weren’t as bad as it may seem. Over in Mexico they don’t have near as much football as we do in America. They were also the best in their country and never stopped fighting or gave up. Our team just had no mercy and fought until the end of the ball game. Our whole team has also been playing longer than 4 weeks and has nearly perfected the sport.

Their weakness was mainly their experience. They’d only practiced the sport for four weeks. Also, most of them were tired and most likely confused. All game they were switching positions and the same people were in for about the entire game.”

So what about that registration photoshoot? Pretty cool, eh?

Keefe: I think it was amazing! I’ve never been a part of or seen anything like it. It was very unique. A real set-up background.