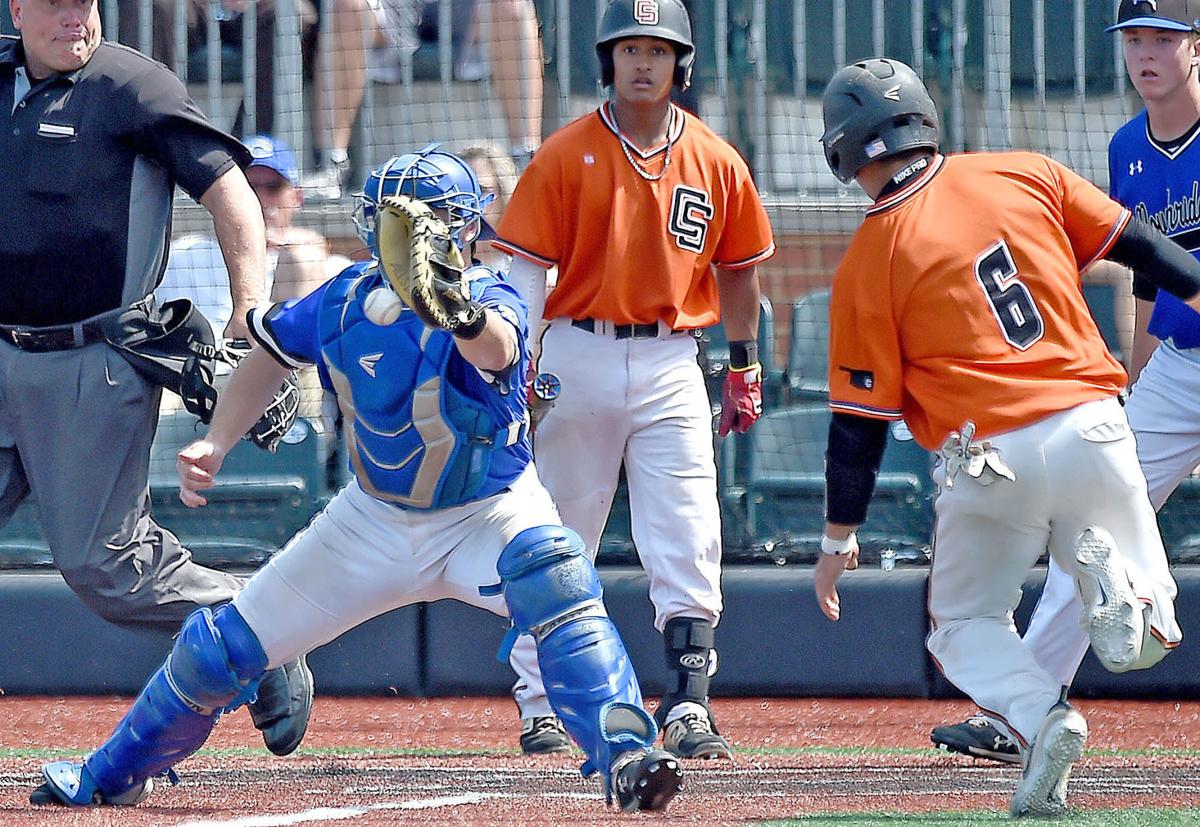 Connors State’s Mike Coletta slides home ahead of the tag as Crowder catcher Brinson Williams fields the throw during their NJCAA playoff last spring at Joe Becker Stadium in Joplin, Mo.  Coletta finds himself in New York  in the nation’s hotspot of the COVID-19 pandemic as he awaits his next baseball move. 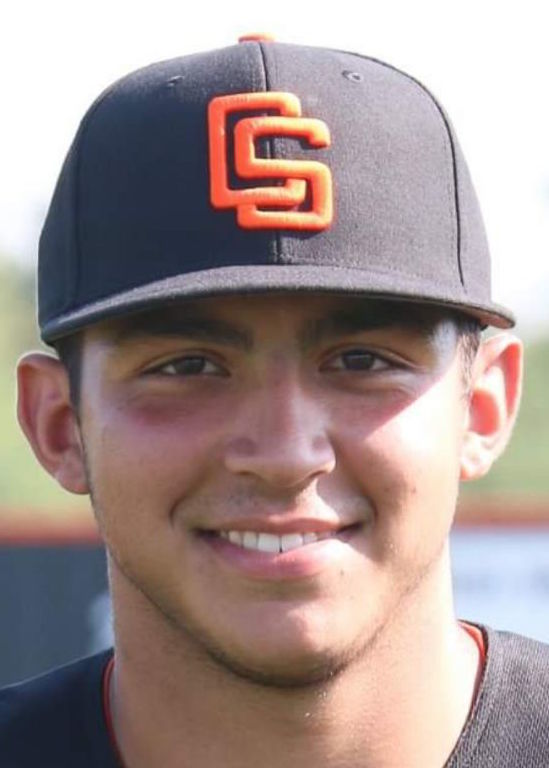 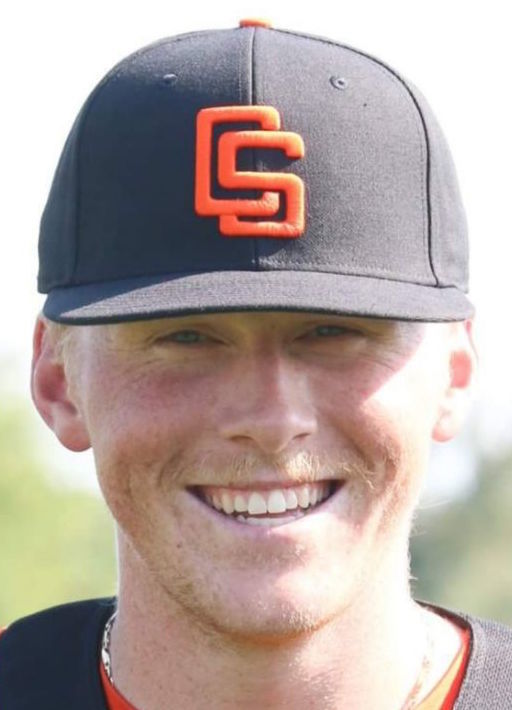 Connors State’s Mike Coletta slides home ahead of the tag as Crowder catcher Brinson Williams fields the throw during their NJCAA playoff last spring at Joe Becker Stadium in Joplin, Mo.  Coletta finds himself in New York  in the nation’s hotspot of the COVID-19 pandemic as he awaits his next baseball move.

The aftershock of the end of their baseball season at Connors State has caught two Cowboys in a bind.

For starters, third baseman David Mendham is still living in the dorms at Connors. The Canadian native Mendham can’t get home due to travel restrictions caused by COVID-19 policies. And Mike Coletta, a catcher, made it home but home is in Queens, N.Y., part of the worst-hit metropolitan area of the country in regard to victims of the virus.

They’re also facing multiple options on their baseball future, all impacted by the pandemic as well.

Both were emerging as possible top 10 draftees. Connors coach Perry Keith had said cross checkers from MLB teams had begun scouting their games, including the March 12 contest at Northeastern A&M that marked the end of their season. Within days, the the NJCAA canceled all spring sports.

When it was over, Mendham was hitting .593 in 73 at-bats with 26 RBIs in 21 games, Coletta .371 in 62 trips with 41 percent of baserunners being caught stealing. Both had the team lead in home runs with four.

“They got themselves up to the 8- to 15- round range, and exposure to the cross checkers and scouting directors start coming to watch. That top 10 is where you move into the real money,” said Keith.

But with the ratification of the MLB labor deal this week, the draft will have a far-different look . No 40-player draft, as usual. MLB gained the ability to shorten the draft to as few as five rounds in the agreement, and while scouting departments will push for at least 10 rounds, the ultimate decision on the number of rounds will be decided by team owners.

“If it’s five rounds, that makes it even worse and they haven’t said yet what they’re going to do,” Keith said. “I’ve got pro people telling me they’re going to have to fight like hell to get it back to 20 rounds next year and that will be as much as they’ll ever be able to get it to.”

Luckily for Mendham and Coletta, they’ve signed to go to SEC schools, Mendham to South Carolina and Coletta with Missouri. A twist on that is the NCAA on Monday approved an extra year of eligibility for athletes in spring sports cut short by the sweeping cancellations of seasons. With the incoming letter-of-intent class, it’s going to be a crowded roster.

“I mean, it’s tough, but nothing has changed,” said Mendham. “I’m still working on my craft and getting better. All I can control are the controllables, which isn’t what’s going on in the world.”

So he works out at Connors, hitting in the cage, working on flexibility and mobility, and is able to throw some.

“It’s just about a day at a time at this point,” Mendham said.

Coletta’s mind is split between training and his sight line of the biggest such worldwide disaster since the Spanish Flu in 1918. He’s living with his parents, all of whom are healthy, but a friend of his has lost a family member to the virus, he said.

Parks are off limits in New York, where some of the strictest restrictions are at this point.

“I can’t go hit with a couple of guys because (the gathering restrictions) don’t allow you to, but for me it’s still about having a mindset of getting work in, whether it’s working out in your house or using a baseball and sock to throw. That part, it’s more like an offseason.

“But being in New York, the worst place in the US right now, you can’t help but have this on your mind. You see how it’s tearing things apart, but it’s also bringing everyone closer together and makes you realize how gifted we actually are on a daily basis.”

Coletta has heard that the starting catcher at Missouri is a junior whose draft stock is in the rounds 3-5 range, so those who have the option of an additional year of eligibility might be thinner in light of that.

“At this point I’m not sure if I’ll go in as a sophomore or junior myself,” he said. “I’ve had some contacts from teams. But I’m planning on getting to Missouri in July to get some work in.

“Hopefully that’s not pushed back by everything. But overall, that’s where I see myself next year. There will be more exposure for me and the door should open up a little more.”

Mendham hasn’t explored the South Carolina roster, but says he’s flexible on where he can fit in.

“I can play third, I can catch or play first base,” he said. “I’m just going to feel all this out it a day at a time and see where it goes.”