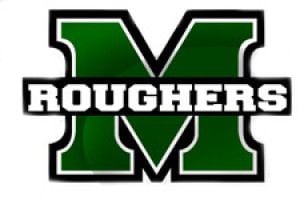 One current coach and three former coaches are among the seven to be inducted as the 2020 Muskogee Athletics Hall of Fame class during ceremonies Oct. 23.

Also in the group: Dawaylon Barnes, Phil Givens and Tim Brewer out of wrestling, football and basketball lore, respectively.

Hillmon, a 1982 graduate, was a two-time all-conference player who helped lead Eastern Oklahoma State to an eighth-place finish at the NJCAA National Tournament. She went on to play at the University of Colorado. Upon graduation from there she embarked on what has been a 27-year coaching and teaching career at her alma mater.

Among various educational honors as well as her coaching duties, she was also the first-ever female assistant in a boys program, coaching under Terry Scott in boys basketball, and also as head boys cross country coach.

Breedlove, a 1994 graduate, was part of four state tournament teams for Muskogee and a three-time letter winner, and an all-state selection as a senior. She went on to play at Eastern where she scored 38 points to set a record at the time for most points in a home game.

She then became part of Sheri Coale’s first squad at the University of Oklahoma, making the Big 12 All-Academic team as a junior. She coached at Connors State as an assistant before going on to coach at Boynton-Moton, reaching state on several occasions, and later as an eight-year assistant at Muskogee as part of three state teams before taking the head coaching job for three seasons through the 2018-19 season. She is now a district administrator.

Coleman, a 1997 graduate, was a three-year letterman in football, wrestling and baseball. He was part of a semifinal football team in 1994, a 1997 semifinal wrestling squad and a 1997 regional finalist in baseball, earning all-district honors in both football and baseball.

His college career included a year in football at East Central and consecutive All-Region honors on the diamond at Crowder College before finishing at Cumberland University as part of a conference title and Super Regional finalist team in 2001.

He then returned to Muskogee where after a short stint on the football staff he took over the softball program where he made multiple state tournament trips, winning over 500 combined games in slowpitch and fastpitch with a slowpitch championship in 2009. He finished his MHS career with a state runner-up finish in 2016.

A multi-time All-Phoenix coach of the year and named coach of the Phoenix’s All-Decade softball team of the 2000s, he now coaches at Piedmont High where his 2019 fastpitch squad won a state championship in Class 5A.

Barnes was a state champion wrestler in his senior year, 2014, and was runner-up in 2011. He went on to Northeastern A&M where he was an NJCAA national champion in 2016 while also winning Academic All-American honors in both 2015 and 2016.

From there he went on to qualify for the NCAA tournament as an Oklahoma Sooner in 2018 and was tagged with the program’s Most Improved Wrestler award. Today Barnes is a mechanical engineer at KBR and is pursuing his masters in mechanical engineering at OU.

In tennis, Bradley, a 1976 grad, was a four-time conference champion in No. 1 singles while becoming a state champion in 1976 after a runner-up finish as a junior. He went on to the University of Tulsa where he twice won the Missouri Valley Conference title in singles and doubles, finishing with a career singles record mark of 89-23.

His 27-year coaching career at Muskogee saw him direct numerous all-region and all-staters along with three individual state champions. He was All-State Coach of the Year in 2014 and was inducted into the Oklahoma Tennis Coaches Association’s Hall of Fame in 2019.

Givens, a 1971 graduate, earned a reputation as one of the most feared tacklers in MHS football lore as a  three-year letterman playing linebacker and cornerback and was part of the only undefeated regular season squad in school history.

Givens was also the first black athlete named to the All-State team following the integration of Muskogee High. It was in that game he suffered a severe knee injury and after a year of rehabilitation, completed his playing career at Northeastern State. The farmer and business consultant is a well-known civil rights advocate, having testified in front of Congress seven times over USDA discriminatory practices.

They’ll all be recognized during a halftime ceremony as part of the Muskogee-Bixby football game Oct. 23.

Helen Bacon Richmond, 98, died Sept. 23, 2020. She was a homemaker and mother after an early career as a nurse educator/supervisor. She held a degree in nursing education from the University of Minnesota. She was predeceased by her husband, Joe, and seven siblings. She is survived by her dau…