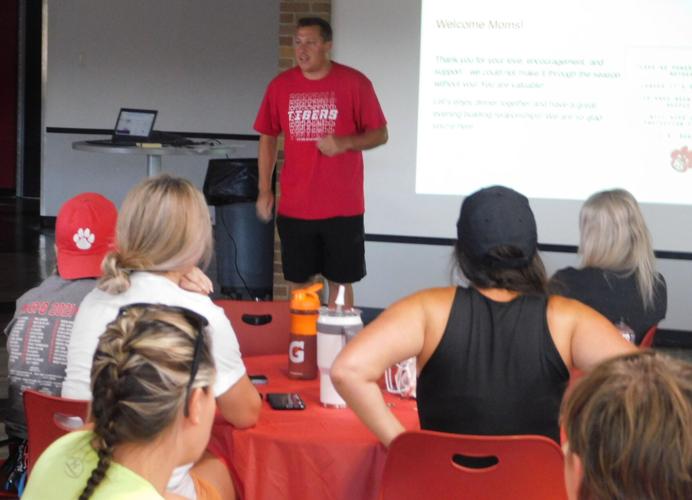 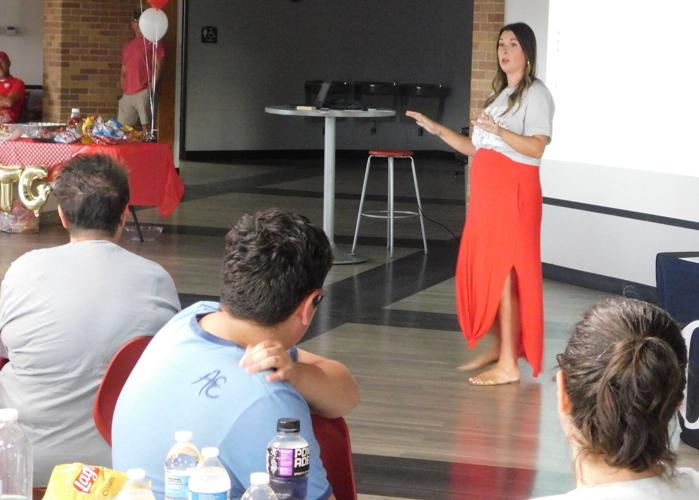 FORT GIBSON — It was all the basics. Down and distance, scoring, purposes of each position.

And probably the best perks — other than getting served dinner by their sons — was a photo session donning their son’s jerseys and the feeling of running out of a tunnel pre-game.

That was the essence of Football 101 for Moms held here Tuesday and hosted by new Fort Gibson head football coach Ryan Nolan and his staff.

Even Nolan’s wife, Maci, was part of the instruction. She handled the session on crowd involvement, famous as she is, as her husband playfully joked, about yelling one time he should have thrown it deep.

Yes, even coaches wives have their own ideas about play-calling.

Thanks to the contribution of assistant coach Chuck London, they all know tight ends and fullbacks, used frequently for blocking, are “sexy linemen” because they can go out for passes, run the football, and have “cooler numbers.”

So it may not have been dissecting the run-pass option or 3-4 defense against the pistol offense, although some simulation was done late in the evening.

But 30 or so moms weren’t up on the basics of the sport they’ll watch on Friday nights, they are now.